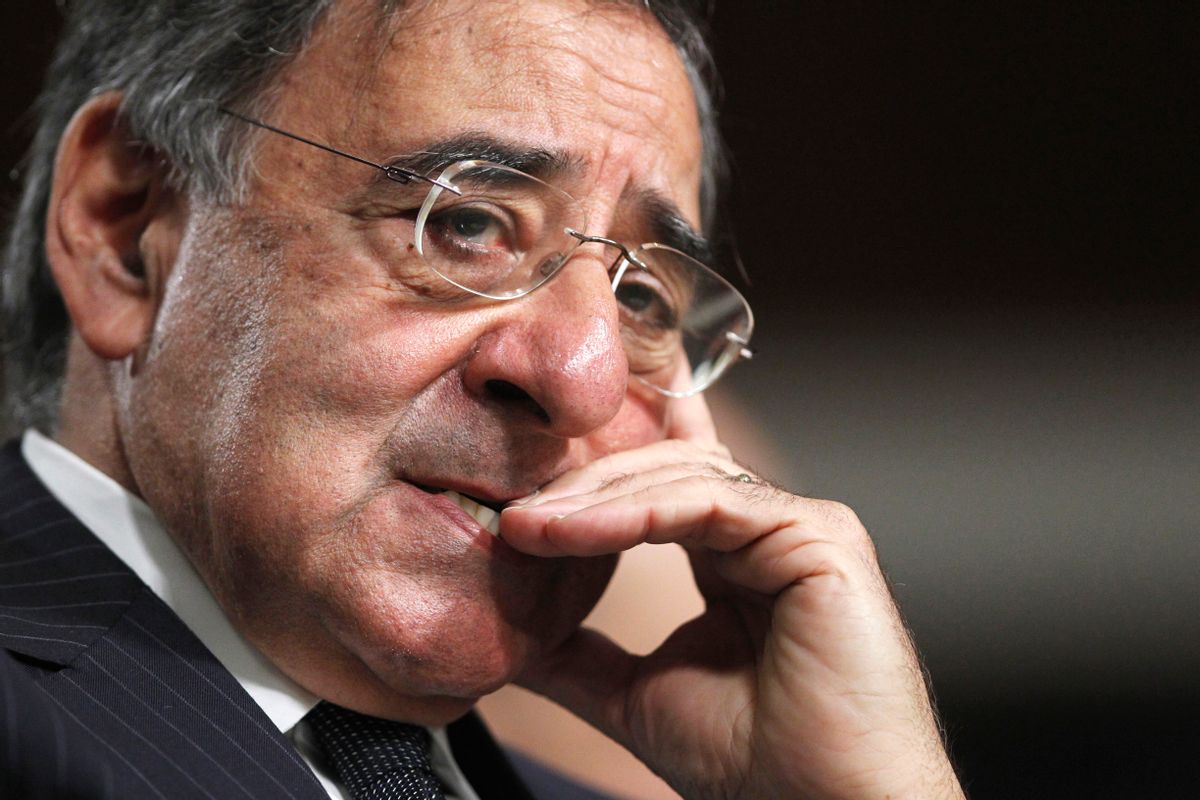 FILE - In this June 9, 2011 file photo, then-CIA Director nominee Leon Panetta testifies on Capitol Hill in Washington. After U.S. Navy SEALs killed Osama bin laden in Pakistan in May 2011, top CIA officials secretly told lawmakers that information gleaned from brutal interrogations played a key role in what was one of the spy agencys greatest successes. Panetta repeated that assertion in public, and it found its way into a critically acclaimed movie about the operation, Zero Dark Thirty, which depicts a detainee offering up the identity of bin Ladens courier, Abu Ahmad al- Kuwaiti, after being tortured at a CIA black site. As it turned out, Bin Laden was living in al Kuwaitis walled family compound, so tracking the courier was the key to finding the al-Qaida leader. (AP Photo/Manuel Balce Ceneta, File) (AP)
--

Treatment in secret prisons after the Sept. 11, 2001, attacks was worse than the government told Congress or the public, congressional investigators say.

2. WHAT CIA FAILED TO ACHIEVE, ACCORDING TO REPORT

Probers cast doubt on the claim that interrogations of detainees led to the killing of Osama bin Laden.

3. GASOLINE FORECAST EVEN BRIGHTER FOR US MOTORISTS

The Energy Department again slashes its prediction for next year's average price of gasoline, this time to $2.60 a gallon.

The World Cup got the most attention on the social network this year, Facebook says.

The Peru conference is expected to have the biggest carbon footprint of any U.N. climate meeting measured to date.

Obama adviser Jonathan Gruber appears before Congress and is raked by Republicans for what he calls "inexcusably arrogant" remarks about the passage of the health care law.

The move rekindles the debate about whether Western governments should negotiate with terrorists.

8. HOW PRINCE WILLIAM REACTED TO BIRD'S-EYE VIEW OF NYC

"Wow, this is great!" the monarch says after stepping out of the 86th-floor observation deck of the Empire State Building.

The comic's only child, Melissa Rivers, is named executor over a fortune estimated as high as $150 million.

The Panthers quarterback suffers fractures to his lower back in a two-vehicle crash near the team's stadium in Charlotte, North Carolina.