A musical history of "The Colbert Report"

People will best remember "The Report" for its satire. But the music on the show was actually just as good 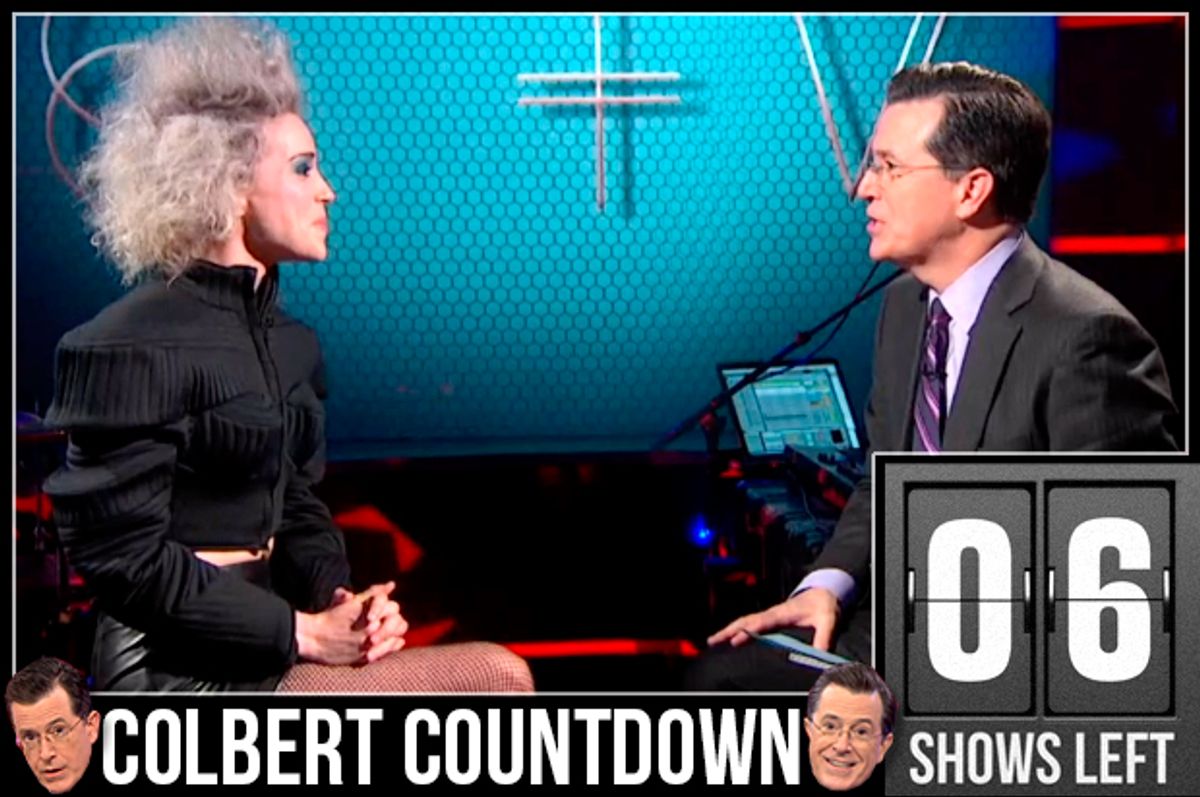 "The Colbert Report" will be remembered (and sorely missed) for its razor-sharp political satire. However, this amalgamation of news, politics and comedy was not the only things that Colbert and his team executed well. While musical guests that graced "The Report" could be viewed as an afterthought, they should not be overlooked in an appraisal of what made the Comedy Central show so great. Over nine seasons, Stephen Colbert highlighted some outstanding musical talent on his show -- from St. Vincent to Philip Glass. Below are some of our favorites:

Though the performance exclusive was unavailable, this clip is worth it just for Colbert nearly cracking up during the interview.

Vampire Weeknend vs. The Black Keys:

Colbert makes Vampire Weekend's Ezra Koenig and The Black Keys (who appeared multiple times on "The Report" fight for a Grammy: