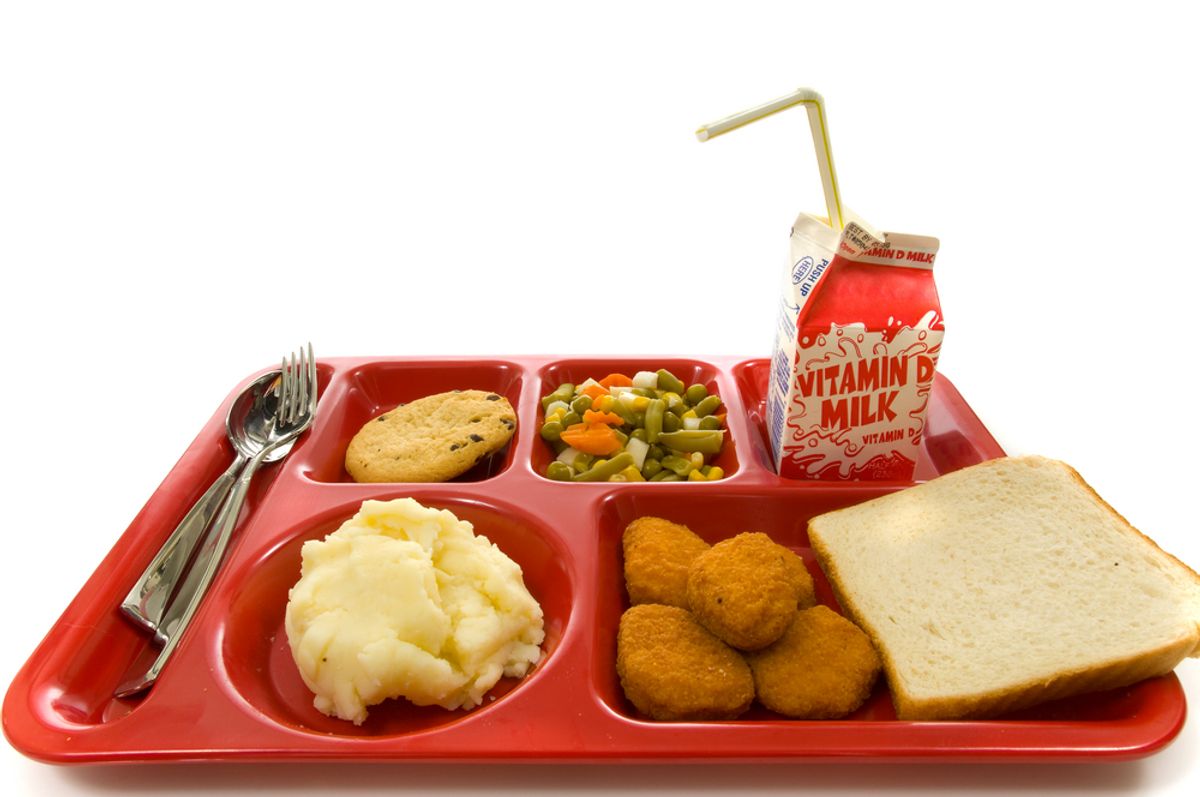 "We're landing in a place that the scientists agree is the right direction," Leslie Fowler, executive director of nutrition support services for the Chicago Public Schools, told Reuters.

This is heartening news, particularly as the U.S. government, despite acknowledging the problem, is doing almost nothing to address it. The purchasing power of the six districts, which together feed 2.9 million students, could force the industry's hand: The districts are demanding that meat suppliers that can't meet the new standards immediately provide them with a written plan for when they plan to get there. They will also require poultry to be raised on all-vegetarian diets and in accordance with the National Chicken Council's humane standards.

In a statement, the National Chicken Council, a lobbying group, cautioned "against food trends that are not fully supported by science, will introduce higher costs into the food system and offer no benefit to public health," and made the unnecessary clarification that "all chicken meat is 'antibiotic-free,'" because it's been cleaned of drug residues. What the NCC leaves out, however, is that the misuse and overuse of antibiotics on factory farms is rampant; between 2009 and 2012, according to the FDA, the sale of drugs deemed medically important for humans for use in livestock increased 16 percent, while the ratio of drugs with a proven use for growth promotion to therapeutic-only antibiotics was 2.2-to-1.

All this, of course, is occurring against a backdrop of antibiotic resistance, a growing crisis in which "superbugs" that no longer respond to even last-resort treatments threaten lives. "Although knowledge in this area is still incomplete," a recent White House report asserted, "it is clear that at least some drug-resistant pathogens have evolved under selective pressure from antibiotic use in agriculture and may have contributed significantly to resistance in clinical settings." That's the health threat that the Urban School Food Alliance is hoping to address -- and it's one that will benefit not just its students, but all of us.