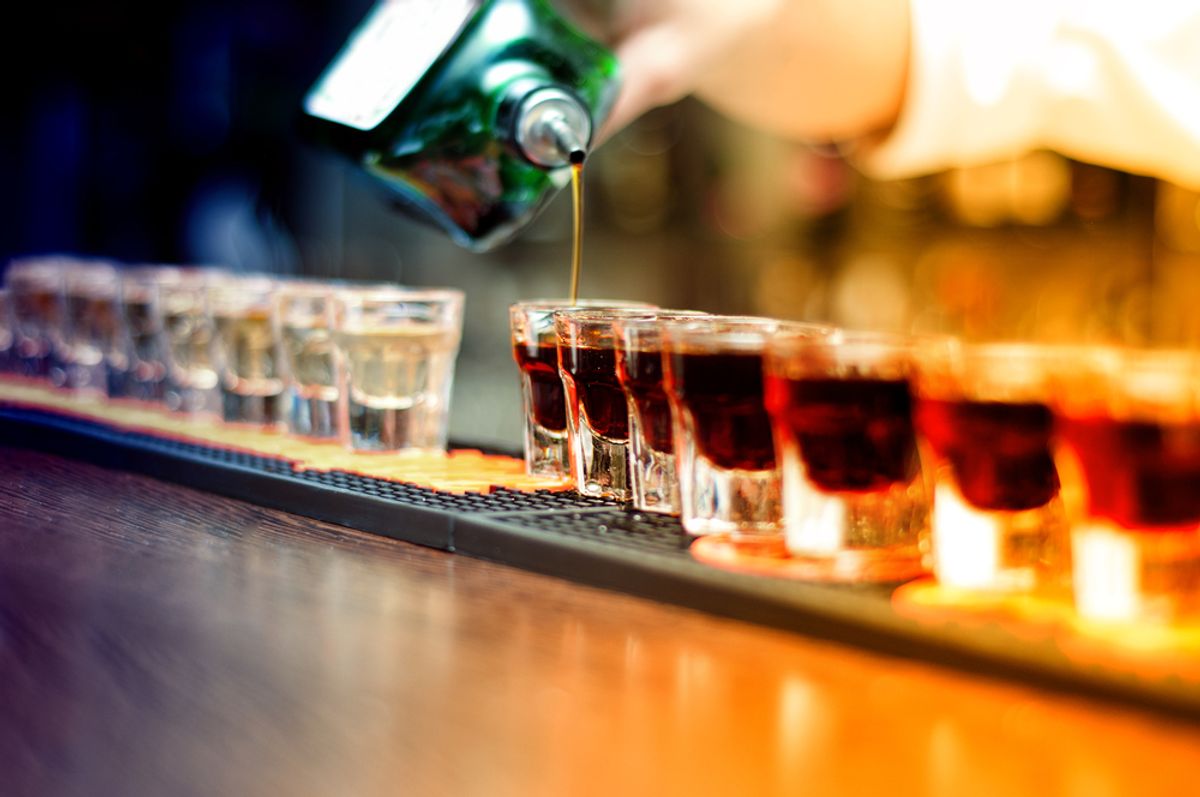 Mug Shots, a bar in the Kansas City, Mo. area that prides itself on its biting sense of humor (its motto is "where sarcasm is always free") forged a new reputation as a tasteless, heartless profiteering poo hole after it offered a "Michael Brown shot special" on Friday night.

Only $10 would get you six shots (for the number of times Brown was shot because they are clever) of cinnamon-flavored tequila.

Brown, an unarmed 18-year-old, was killed in August in a confrontation with police officer Darren Wilson in Ferguson, Mo. The Ferguson Police Department responded with extraordinary incompetence, prompting protests across the country that are still continuing.

After the special caused controversy on social media (duh), the bar's co-owner removed the special and apologized. "It's not meant to cause any harm," he told a local television station. "I should have thought a little bit more about it before I made it a shot special."

The owner, who has requested anonymity to protect his family, said he stole the idea from other area bars offering similar promotions. "It looked like it was getting a good response so I just decided to use it here. That's what bar owners do if they find something works at another bar, they try to use it at their bar."

According to the website Revolution News, the bar's Facebook page has frequently posted racist memes relating to Ferguson protest. The page seems to have been deleted as of Wednesday afternoon.

The following evening, the bar's owner renamed the shot special, "The Owner of Mug Shots is an Asshole Shot Special."