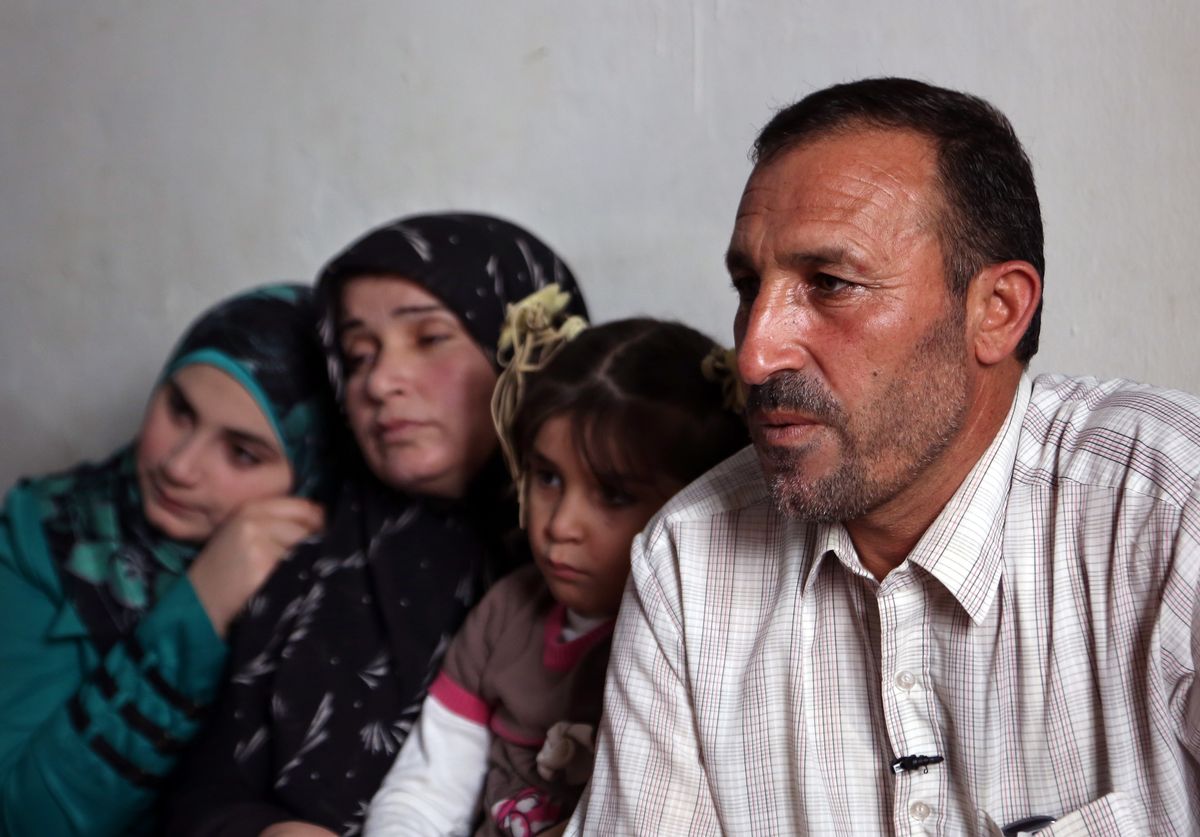 In this Thursday, Nov. 20, 2014 photo, Mohammed Aloun, 43, right, speaks during an interview with The Associated Press as he sits with his family at their house in the northern port city of Tripoli, Lebanon. The Alouns are one of several Syrian families who were given asylum in Uruguay after its government offered to accept 120 refugees. It's a small number compared to the 3 million Syrians who have fled the conflict, now in its fourth year, crowded into overwhelmed neighboring countries or who tried to reach Europe. (AP Photo/Bilal Hussein) (AP)
--

The U.S. Agency for International Development sought to turn Cuban youths against the government through the underground music scene.

2. THE AGENCY STRIKES BACK, STEPS UP CAMPAIGN TO DISCREDIT TORTURE REPORT

The CIA and several of its past leaders are fighting findings in the document that point to harrowing investigation techniques.

The Palestinians' pathologist says the minister died from a blow to his body in an anti-Israeli demonstration, while Israel's says a blockage of a coronary artery caused his death.

After trying to clear the main protest site in the business hub, officers detain demonstrators who are refusing to leave, locking arms and lying on the ground to resist them.

Developers want to give drivers of all races some common sense advice on how to react when police stop them on the road.

6. WHAT THE TEA PARTY AND THE DEMOCRATS NOW HAVE IN COMMON

Both sides are critical of the $1.1 trillion spending bill that is needed to avoid a government shutdown.

7. WHERE 120 SYRIAN REFUGEES ARE HEADING

The genre, which is often edged out by serious films at the Oscars, gets as many awards as drama at the Golden Globes.

9. HOW MCDONALD'S INTENDS TO BOOST ITS BRAND

As U.S. sales continue to slip, the company is making changes aimed at persuading health-minded customers that it doesn't serve junk food.

A special counsel will be hired to oversee investigations and initial discipline - though Commissioner Goodell will still rule on any appeals.