America isn't the only country guilty of horrific torture 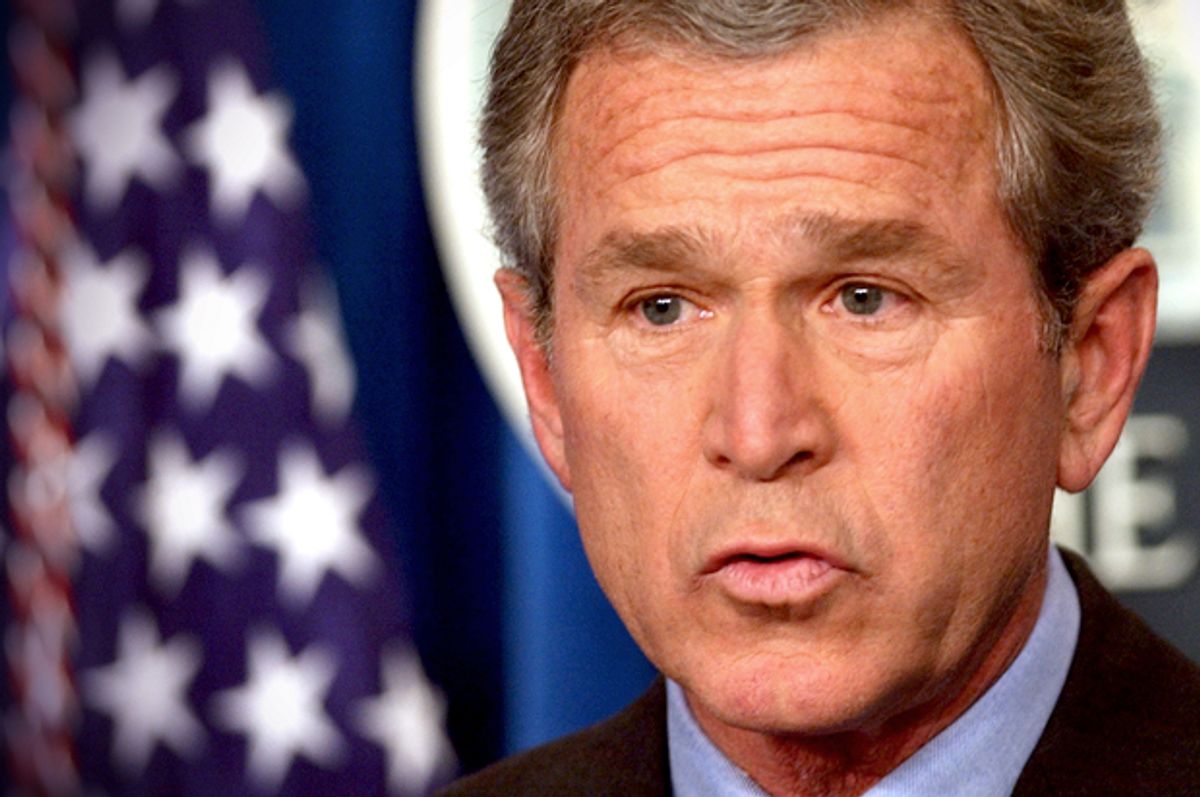 After months of delay, the US Senate Intelligence Committee finally released the executive summary of a report based on a years-long investigation into the CIA's "enhanced interrogation techniques" introduced under then-President George W. Bush following the 9/11 attacks.

Former Vice President Dick Cheney, before reading the report, dismissed the findings as "a bunch of hooey" (but we had a feeling that he'd say that).

The full report is over 6,000 pages, but the 525-page, redacted summary describes in shocking detail the conditions and treatments detainees experienced while in custody. At the COBALT detention facility, for example, detainees "were kept in complete darkness and constantly shackled in isolated cells with loud noise or music and only a bucket to use for human waste."

Writing for the Daily Beast on Tuesday, Tim Mak described the conditions at that particular facility, which according to the report were "harsher" than what the CIA conveyed to policymakers:

Nude prisoners were kept in a central area, and walked around as a form of humiliation. Detainees were hosed down while shackled naked, and placed in rooms with temperatures as low as 59 degrees Fahrenheit. Loud music was played constantly.

There's plenty more horror where that came from.

The report found that of 119 known detainees, 26 were wrongfully held, including an "intellectually challenged" man held to coerce information from one of his family members.

It also revealed the use of tactics like "rectal feeding," which was used on at least five detainees with no obvious purpose. In the case of detainee Majid Khan, "hummus, pasta with sauce, nuts and raisins were 'pureed' and rectally infused."

Responsibility for this regime of rendition, detention, and "enhanced interrogation" falls on the shoulders of officials on multiple levels — including Bush, Cheney, their legal counsels, and leadership at the CIA, who together provided the legal rationale for this program. And yet accountability has been scarce. The report details even the lack of accountability for CIA personnel who went beyond the most extreme state-sanctioned techniques. According to the report, the CIA did not properly vet the officers responsible for carrying out their program, including one who "reportedly admitted to sexual assault." In another case, the CIA failed to discipline an officer for the death of a detainee during interrogation.

The reports' findings drew outrage from around the globe and accusations that the United States consistently and hypocritically fails at holding itself to the same standards for human rights as it does for other countries. As Human Rights Watch pointed out Monday and as Tuesday's report confirms, the US has a track record of using some of the very torture tactics that it condemns abroad, including solitary confinement and waterboarding.

While some were ready to applaud the US for revealing the reports' findings publicly, others contended that the investigation, carried out by the US government itself, shouldn't be considered independent. Nesrine Malik, a writer for the Guardian, tweeted in response to the report's release:

Sen. Elizabeth Warren called the report "deeply troubling" on Twitter, and added that"transparency is the first step toward accountability."

And it's not necessarily a problem that ended with the Bush administration. Gregg Levine over at Al Jazeera America points out that the same grounds used to justify the CIA's torture program were used by the Obama administration to justify drone strikes. Levine goes on to say that we have no way of knowing for sure that the horrors detailed in the report aren't happening anymore.

The UN special rapporteur on torture, Ben Emmerson, on Tuesday said that according to international law, "the US is legally obliged to bring those responsible to justice."

It's an important moment to consider accountability for torture — in the United States and around the world — because it's a global problem.

Over the past five years, as the Senate Intelligence Committee retraced the history of the CIA's detention and interrogation program, Amnesty International has documented "torture or ill-treatment in 141 countries."

Here's a look at how pervasive torture still is — despite world leaders' paying lip service to honoring human rights.