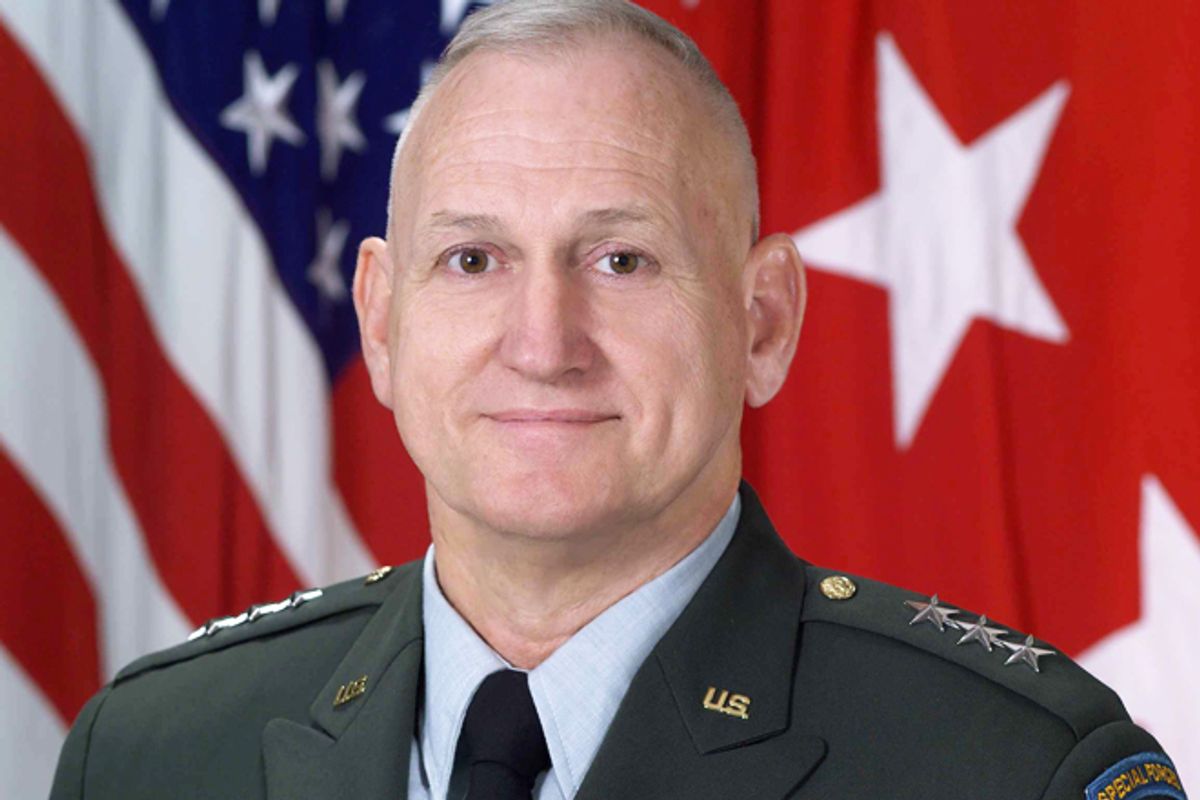 Retired Lt. Gen. Jerry Boykin, who served as a senior Defense Department official under President George W. Bush, maintained in an interview Wednesday that the interrogation methods outlined in a new Senate Intelligence Committee report didn't constitute torture, but that IRS investigations into political nonprofits did.

Last night, Boykin and Kamal Saleem, the co-authors of a new thriller, sat down with TheBlaze TV's Stu Burguiere. During the interview, Burguiere brought up the committee's report, which the three men derided.

"Maybe I’m the meanest person in the world, I don’t know," Burguiere said. "Maybe I’m awful. But things like attention grasp — the interrogator grabs the detainee by the collar with two hands and pulls him closer in. That’s torture now?"

Somehow, Burguiere left out the more mortifying revelations contained in the report, including that Central Intelligence Agency interrogators force-fed terror suspects through their rectums, waterboarded prisoners to the point of unresponsiveness, deprived detainees of sleep for as long as a week, made detainees stand in stress positions on broken legs, and threatened the safety of prioners' children and other family members.

Saleem, who claims to be a former terrorist but whose story has some gaping holes in it, reassured Burguiere that terrorists are barbarians, which to right-wingers is justification enough for any brutality detainees have coming their way, regardless of whether they've actually been tried and convicted of crimes.

Turning to Boykin, who served as deputy undersecretary of defense for intelligence from 2003 t0 2007, Burgueiere mused, "This list — I mean, having people stand, they don’t get to sleep as long as they want to, nudity. Is this torture? Are these the things that we should be punishing ourselves over?"

"Stu, let me say that I think that this report came from a bunch of sanctimonious hypocrites," Boykin responded -- rich words coming from a current official at the right-wing Family Research Council.

Lamentably, Burguiere did not follow up by verifying that Boykin would indeed prefer to be rectally fed hummus than to have the non-profit status of his political group scrutinized.

Watch the interview below, via Right Wing Watch: