In an exclusive piece for Vanity Fair, Johnson speaks out about being drugged at Cosby's Manhattan home. 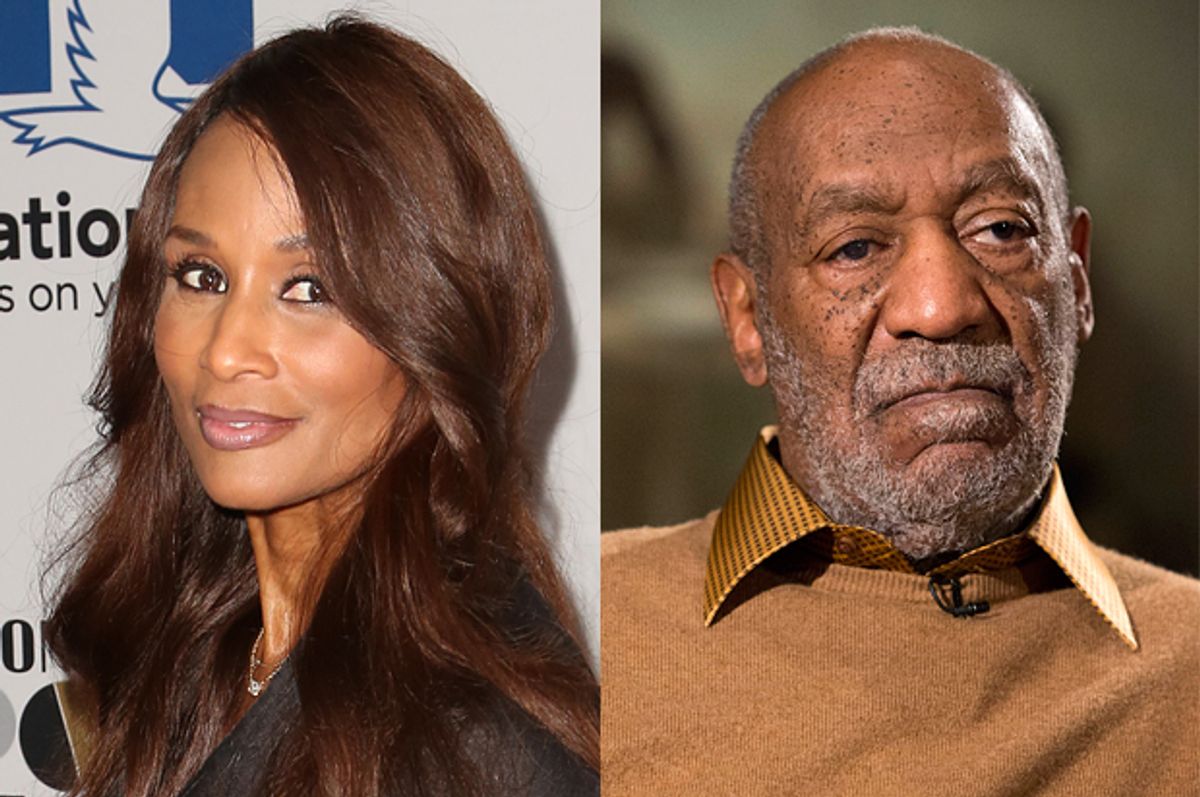 And so the horrific allegations against Bill Cosby continue to mount: In an essay released in Vanity Fair this afternoon, former top model Beverly Johnson, the first African-American woman to appear on the cover of U.S. Vogue, reveals that Bill Cosby drugged her at his New York brownstone during the mid-'80s. This marks the 20th woman to come forward with allegations against Cosby in recent weeks.

The scenario that Johnson describes is depressingly familiar at this point: After winning her trust by offering to help her career, Cosby invited her back to his house to read through lines for a bit part on “The Cosby Show,” during which time he offered her a cappuccino."I knew by the second sip of the drink Cosby had given me that I’d been drugged—and drugged good,” she writes:

My head became woozy, my speech became slurred, and the room began to spin nonstop. Cosby motioned for me to come over to him as though we were really about to act out the scene. He put his hands around my waist, and I managed to put my hand on his shoulder in order to steady myself. As I felt my body go completely limp, my brain switched into automatic-survival mode. That meant making sure Cosby understood that I knew exactly what was happening at that very moment.

Johnson claims she started swearing and yelling at Cosby once she realized what was going on. "What happened next is somewhat cloudy for me because the drug was in fuller play by that time. I recall his seething anger at my tirade and then him grabbing me by my left arm hard and yanking all 110 pounds of me down a bunch of stairs as my high heels clicked and clacked on every step. I feared my neck was going to break with the force he was using to pull me down those stairs,” she continues, alleging that Cosby then shoved her forcefully into a taxi.

Johnson, like many of Cosby’s other victims, says she was afraid at the time to go after a man as powerful and wealthy as Cosby for fear of the repercussions to her life and career, knowing that she knew she would be “fighting a losing battle.” She also decided not to include the incident in her 2013 memoir because she did not want to get involved in a he-said/she-said situation.

Johnson says she decided to speak out after hearing Cosby's other accusers come forward, including her longtime friend Janice Dickinson, because she realized that she "couldn’t sit back and watch the other women be vilified and shamed for something I knew was true.” While she said she had kept silent in part because she didn't want to contribute to negative stereotypes about black men, she eventually realized that "the current attack on African American men has absolutely nothing to do at all with Bill Cosby. He brought this on himself when he decided he had the right to have his way with who knows how many women over the last four decades. If anything, Cosby is distinguished from the majority of black men in this country because he could depend on the powers that be for support and protection."