Jon Stewart flabbergasted by torture report defenders: "I don't have the words anymore"

And gets high on "good McCain" 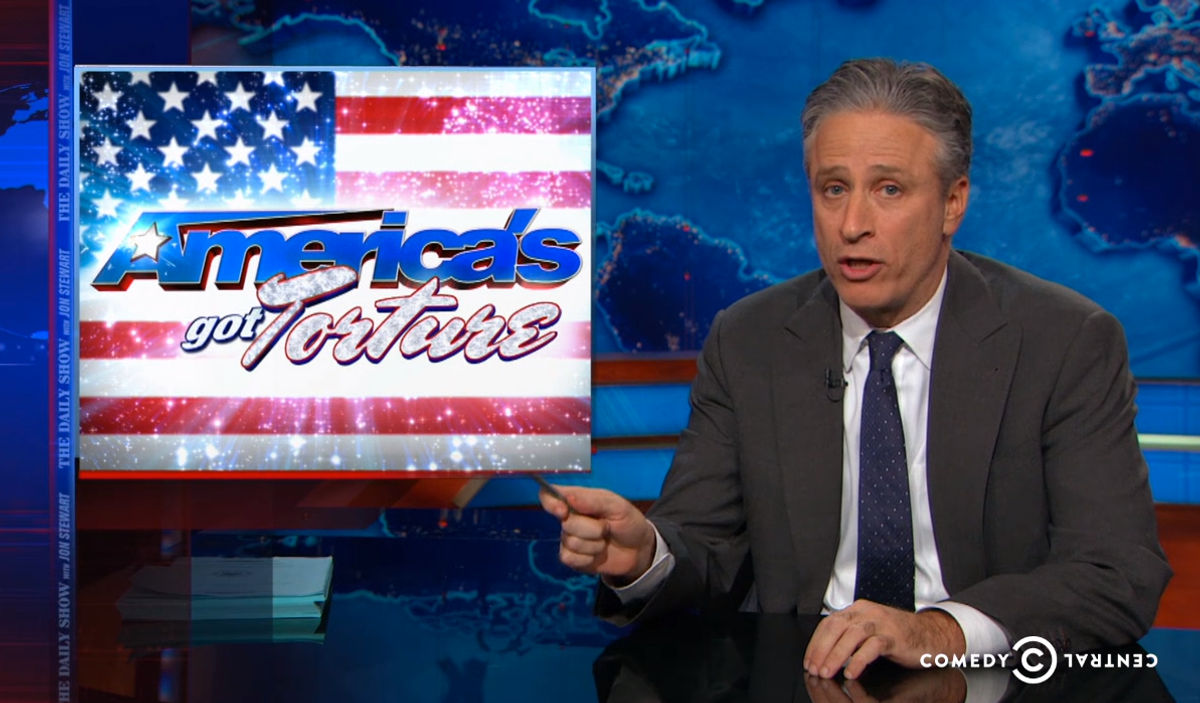 On Wednesday night "The Daily Show" decided to delve into the torture report released earlier this week by the Senate Intelligence Committee, rather than cover happy and fluffy news like Royal visit to New York City.

Stewart took aim at those in the "pushback mobile" defending the torture report, slamming everyone from Nicole Wallace, to Senator Saxby Chambliss. However, Stewart does find one voice of reason amongst the "enhanced interrogation" defenders: John McCain, who made an impassioned speech condemning the report. Watch below: