Professor Chomsky sat down with GRITtv's Laura Flanders to discuss the Middle East, the CIA and Ferguson 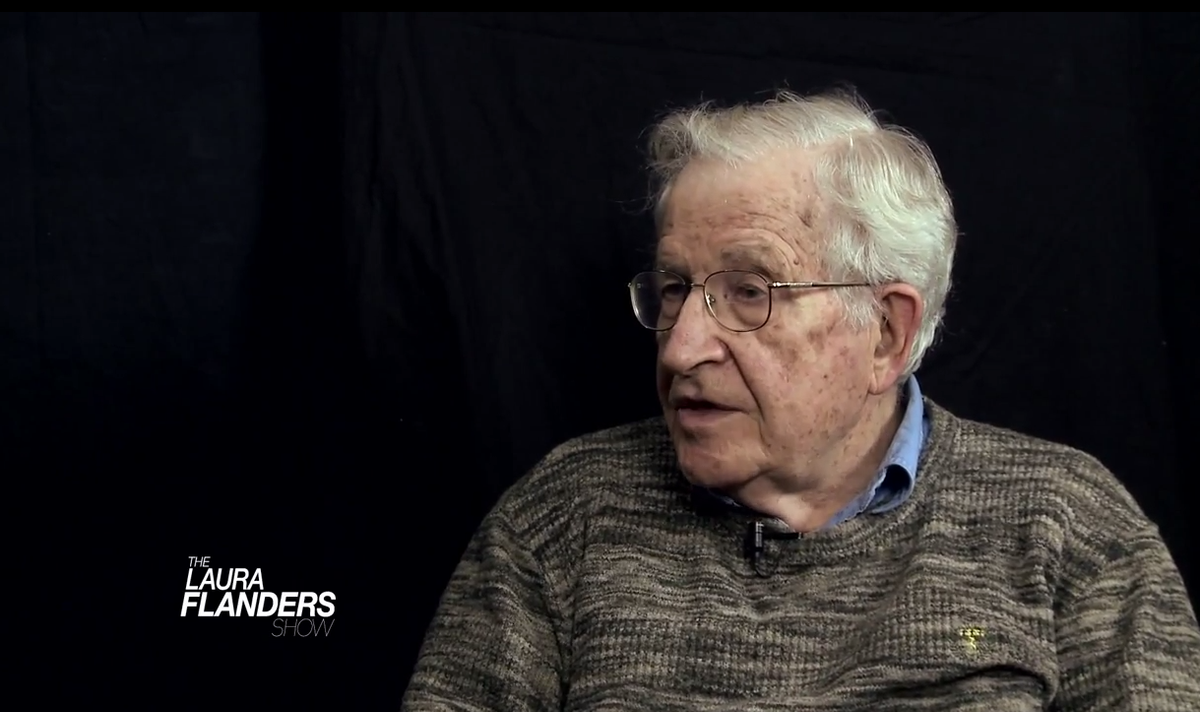 Earlier this week professor Noam Chomsky, linguist, political activist and one of the greatest thinkers of our time, sat down for an interview with GRITtv's Laura Flanders. During the nearly 26-minute interview, Flanders and Chomsky discussed the war in Iraq, ISIL, the climate agreement with China, and Ferguson, Missouri, among other topics.

On the subject of Ferguson and race in American society Chomsky delivered his take in the context of American history. Part of the interview has been transcribed below:

"There are prospects, but it is going to be very hard. This is a very racist society; it’s pretty shocking. What has happened with regard to African-Americans in the last 30 years actually is very similar to what Blackmon describes happening in the late 19th century."

"The constitutional amendments after the Civil War that were supposed to free African-American slaves -- it did something for about 10 years, then there was a North-South compact that granted the former slave-owning states the right to do whatever they wanted. And what they did was criminalize black life, in all kinds of ways, and that created a kind of slave force ... It threw mostly black males into jail, where they became a perfect labor force, much better than slaves.”

“If you’re a slave owner, you have to pay for — you have to keep your ‘capital’ alive. But if the state does it for you, that’s terrific. No strikes, no disobedience, the perfect labor force. A lot of the American Industrial Revolution in the late 19th, early 20th century was based on that. It pretty much lasted until the Second World War, when there was a need for free labor."

"After that, African-Americans had about two decades in which they had a shot at entering society. A black worker could get a job in an auto plant, the unions were still functioning, and he could buy a small house and send his kid to college. But by the 1970s and 1980s it’s going back to the criminalization of black life."

"It’s called the drug war, and it’s a racist war. Ronald Reagan was an extreme racist — though he denied it — and the whole drug war is designed, from policing, to eventual release from prison, to make it impossible for black men and, increasingly, more and more women and hispanics to be part of society."

"In fact, if you look at American history, the first slaves came over in 1619, and that’s half a millennium. There have only been three or four decades in which African-Americans have had a limited degree of freedom — not entirely, but at least some."

"They have been re-criminalized and turned into a slave labor force — that’s prison labor. This is American history. To break out of that is no small trick."

The discussion of Ferguson begins 16 minutes and 50 seconds into the conversation. However, I'd recommend listening to the entire illuminating 25-minute and 53-second interview, which is below via YouTube and GRITtv: