White House's shameful AUMF request: Give us a blank check for war 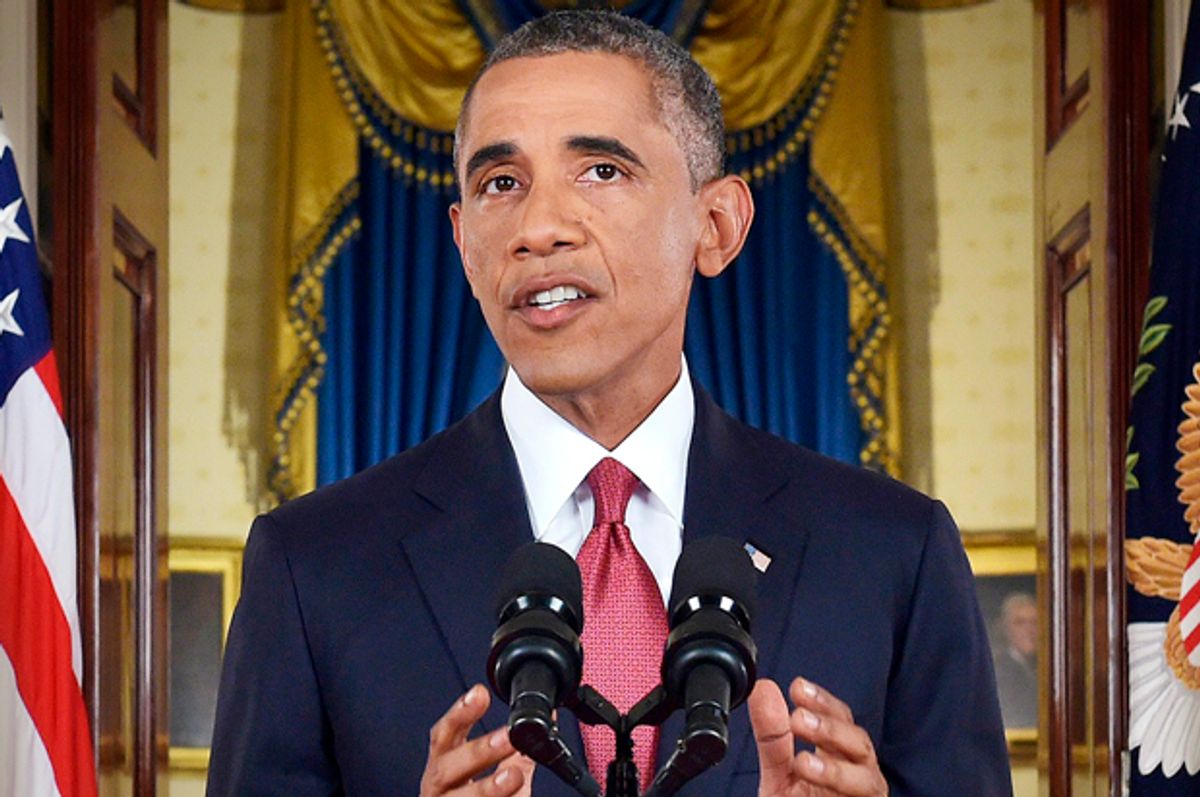 The Obama administration's reticence to take a stand following the release of the Senate torture report hasn't been its only dispiriting posture in national security news this week. That Senate torture report, released Tuesday, deserves all the attention it's getting, and more. But it is burying another major bit of news from Tuesday, straight from the mouth of Secretary of State John Kerry as he was testifying in the Senate Foreign Relations Committee. What contours does the administration seek in the Authorization for Use of Military Force (AUMF) against ISIS that it supposedly wants Congress to pass? According to Kerry, the administration wants no contours, really, at all.

President Obama called on Congress to begin the work of drafting a new AUMF, tailored to the fight against ISIS, in his post-election press conference. Since then his administration by all accounts has been unreachable on the issue, not specifying one way or another to congressional leaders what sort of AUMF it had in mind.

Senators finally got their chance to corner an administration official yesterday when it held a hearing with Kerry. Much time was spent debating whether a draft AUMF should have originated in the White House or Congress. It's not really important who drafts it, but the White House could have, at least, not kept silent for all these weeks. Now that there are only a couple of days left in the lame-duck session, though, Kerry finally got around to making the administration's broad specifications yesterday. They were not good.

Secretary of State John Kerry on Tuesday asked Congress to formally give the Obama administration sweeping authorities in its fight against the Islamic State of Iraq and Syria (ISIS), even allowing for the possibility of ground troops to engage in combat.

An authorization for the use of military force (AUMF) should give Mr. Obama the "flexibility" he needs to fight the extremist group, Kerry told the Senate Foreign Relations Committee. [...]

Kerry also insisted that Mr. Obama "has been crystal clear that his policy is U.S. military forces will not be deployed to conduct ground operations" against ISIS.

However, he said that an AUMF should not "pre-emptively bind the hands of our commander in chief" with limits on the use of ground forces. "It would be a mistake to advertise to ISIL there are safe havens for them outside of Iraq or Syria," he said.

If the president thinks that ground combat troops should not be deployed to fight a ground war in Iraq and Syria, then he should be fine with an AUMF making that explicit. Period.

Under the current, loophole-filled basis for the war against ISIS and Syria, the only thing keeping ground combat troops out of a ground war is the president's judgment. That's bad. "Pre-emptively [binding] the hands of our commander in chief" is precisely why this AUMF is needed. Obama sold this offensive by pledging not to expand an air campaign -- a "counter-terrorism" venture -- into a ground war. Then that's what should be put into law. If he, or another president, wants to expand it into a whole other beast, he should have to come back and make the case for that separately.

The good news is that, while the White House was keeping its expansive intentions to itself, Sen. Robert Menendez was writing his own AUMF draft that does block the deployment of ground combat troops, except in a few limited scenarios. Only problem: Menendez will be out of his chairmanship when the next Congress convenes in a few weeks. That might explain why the administration has been slow-walking this effort: It doesn't want the sort of AUMF that a Democratic Congress might give him.

This is pathetic, and the sort of slippery maneuvering that erodes whatever trust there was in President Obama's ability to stick to his word.