Marginalia's moment: Philip Roth, Don DeLillo and the joys of writing in books 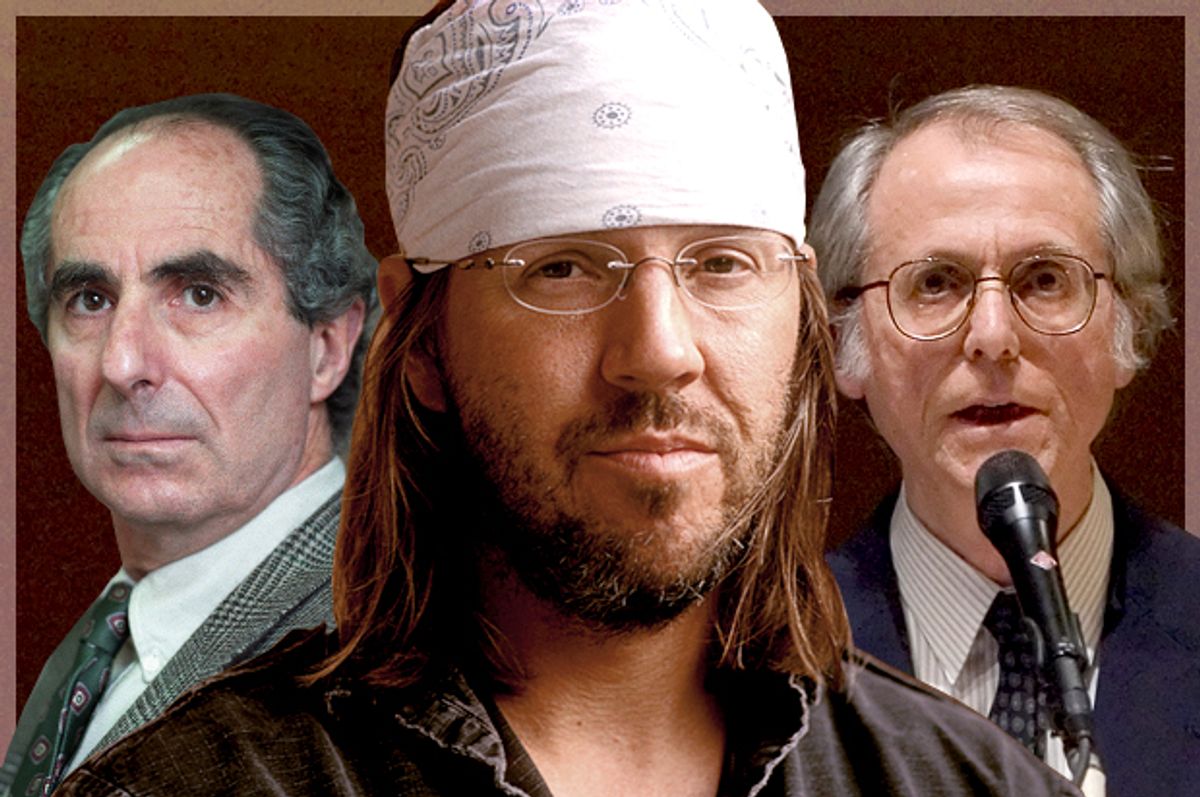 Marginalia is having a moment. While many people consider it sacrilege to write -- whether with pencil or pen -- in the blank spots on the pages of a print book, there are also those who celebrate the practice. A recent Christie's auction reeled in hundreds of thousands of dollars for Philip Roth and Don DeLillo first editions, crammed with scrawled annotations. And marginalia has an ardent defender in the novelist and teacher Tim Parks. In his always-interesting blog at the New York Review of Books, Parks reports seeing a big improvement in his students' critical acumen once he instructed them to read with a pen in their hands and to try to scribble down a reaction on every page.

"We have too much respect for the printed word, too little awareness of the power words hold over us," Parks complains. As he sees it, our relationship to books is excessively passive and primes us to be snookered by manipulative authors. His column, "A Weapon for Readers," presumes an adversarial relationship between reader and writer -- or at least an interaction in which readers ought to be more on their guard. Better yet, go on the offensive: "There is something predatory, cruel even, about a pen suspended over a text," Parks writes, no doubt with a sardonic smile. "Like a hawk over a field, it is on the lookout for something vulnerable."

Those who view books as holy objects to be revered and handled with the utmost care will be appalled by Parks' raptorial attitude. Still, you don't have to mistrust books to appreciate marginalia. In a delightful short piece for the New Yorker, Lauren Collins pays a visit to the proprietors of the Oxford University Marginalia Facebook group. They are (mostly) graduate students who post odd and interesting things they've found scrawled in the margins of library books. According to Collins, the group's founder, April Pierce, stumbled across a copy of a volume by the philosopher Edmund Husserl, a book that had once belonged to T.S. Eliot -- and yes, the poet wrote in it. She plans to include some of Eliot's marginalia (presumably not the one that reads "What the devil does this mean?") in her thesis.

Parks assumes people only write in their own books and that our marginalia will only be read by ourselves at a later date. He contrasts the merits of this with the more public comments posted to Internet articles. (He's got to be the only writer who likes the latter.) No one is ever going to stumble across -- let alone deliberately revisit -- comments threads in the coming years, so they soon expire. On the other hand, rereading a book and encountering the notes you wrote there decades ago can be, Parks observes, "a vehicle for self knowledge." You not only get a better sense of how you once read a book, you also get a glimpse of the reader and person you once were.

Marginalia is a blow struck against the idea that reading is a one-way process, that readers simply open their minds and the great, unmediated thoughts of the author pour in. In reality, reading is always a collaboration between reader and author, and even the basic act of underlining a passage represents a moment in the individual, unrepeatable experience that one person had with one book on one particular day. The underlining itself reminds us of that. You might return to the book later and wonder what you possibly could have seen in the underscored sentence, why you singled out that one instead of a much better one on the next page. Or you might even relive an epiphany from your youth.

But as the Oxford Marginalia group demonstrates, this is not just a solitary pleasure. Poring over the marginalia of a writer you admire, particularly if that writer is dead, can be thrilling and strangely intimate. That's why the Harry Ransom Center at the University of Texas at Austin posts digital images of the insides of books from the late David Foster Wallace's personal library. The end pages teem with often cryptic notes and observations in his compressed, dramatically slanted hand and make him seem to draw a little closer. Marginalia need not be the work of the famous to be treasured, either. I once met a woman who had inherited her late, beloved grandmother's library of heavily annotated fiction and nonfiction books. She said that reading them was like being able to talk with her favorite grandparent again.

For some of us, even the marginalia of obscure strangers can be fascinating and even illuminating. Many years ago, for reasons imperfectly remembered, I sat reading a book in the San Francisco Public Library. It was "The Turk and His Lost Provinces: Greece, Bulgaria, Servia, Bosnia" by William Eleroy Curtis, a Chicago newspaperman. The book, published in 1903, is a semi-political travelogue of unremarkable quality, but entertaining for Curtis' attitude. He describes the inefficiencies of the late Ottoman Empire with the cheeky, superior tone of a secretly intimidated provincial from the up-and-coming New World. ("More business is done in New York in one day than in Constantinople during the entire 365.") His notions of Islam are a rat's nest of prejudices.

I was just about to abandon the book when I realized that I had company. Another, earlier reader had been there before me and had left penciled tracks everywhere. He or she had defaced a library book, albeit one that by all appearances hadn't been opened in decades. This other reader had very strong feelings about Curtis' reporting, cursing or penciling "Lies!" every now and then in neat, square characters. I kept reading, and eventually realized, partly from the notes themselves and partly from the passages singled out for the most vituperation, that the marginalia writer must be Greek.

While Curtis was no fan of "the Turk," his contempt was dwarfed by my fellow reader's hatred of this old enemy of his people. I write "him" because I also came to believe the writer was male and had firsthand experience with Turkish society and recent history. A sketchy portrait of him began to form in my imagination: an aged, embittered expat washed up in a foggy city on a remote Pacific coast, seething with resentments that could never be soothed by the American comforts that Curtis considered the supreme achievement of Western civilization.

"The Turk and His Lost Provinces" couldn't have held my interest on its own, as merely an inadvertently amusing self-portrait of early 20th-century Yankee bumptiousness, but that other reader had become a character in his own right. I went on reading as much to find out more about him as to register Curtis' tiresome witticisms at the Sultan's expense. The two of us had very different ways of reading the same text, but in that we were like all readers everywhere. Each reading is, in its own way, the creation of a new book. Would I remember "The Turk and His Lost Provinces" at all if it weren't for the way its pages were haunted by the ghost of that earlier reader? I doubt it. He hadn't defaced Curtis' book by scratching in its margins. He'd given it another, different life.