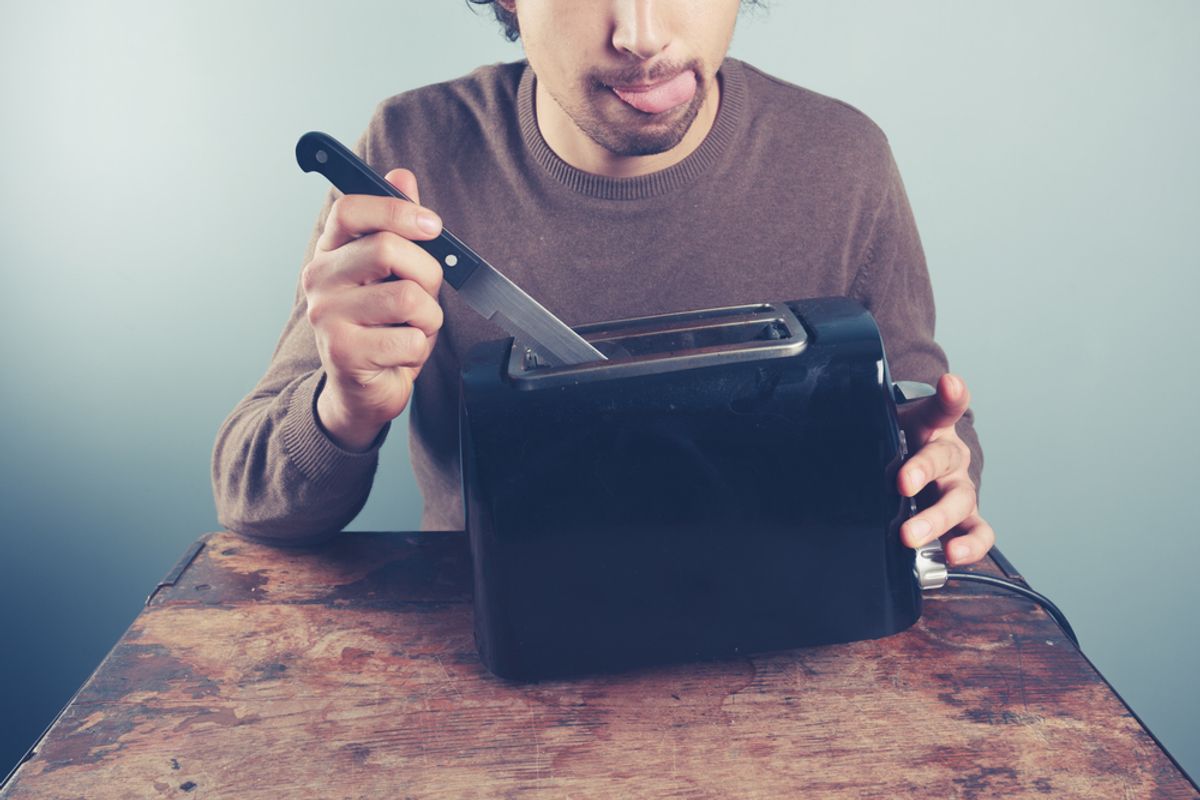 Men are stupid idiots. (And no, I am not just typing these words to secure my misandrist card for life.) According to a new report in the British Medical Journal, which releases a silly edition every year just in time for the holidays, men are actually stupid idiots. Science says.

This year, the journal released a study measuring the gender divide among people who die doing really stupid shit, and found that men are significantly more likely to suffer fatalities from taking needless, or "idiotic" (to be technical about it), risks. Researchers looked at outcomes from the past 20 years of Darwin Award winners, or people who "die in such an idiotic manner that 'their action ensures the long-term survival of the species, by selectively allowing one less idiot to survive.'" The study offers some examples of how to qualify:

[Nominees] must improve the gene pool by eliminating themselves from the human race using astonishingly stupid methods. ... These include the thief attempting to purloin a steel hawser from a lift shaft, who unbolted the hawser while standing in the lift, which then plummeted to the ground, killing its occupant; the man stealing a ride home by hitching a shopping trolley to the back of a train, only to be dragged two miles to his death before the train was able to stop; and the terrorist who posted a letter bomb with insufficient postage stamps and who, on its return, unthinkingly opened his own letter.

According to the data, men account for 88.7 percent of Darwin Award winners. The researchers concluded that this was consistent with "male idiot theory," which is, simply, that "men are idiots and idiots do stupid things."

The finding actually ties in well with other research on men's risk-taking behaviors compared to women's; it's already well-founded that men are more likely to end up in the emergency room with risk-related injuries, at least partly because of social circumstance (men are more likely to have dangerous jobs). But what the Darwin Awards study finds is that they also might end up there just because they make bad choices.