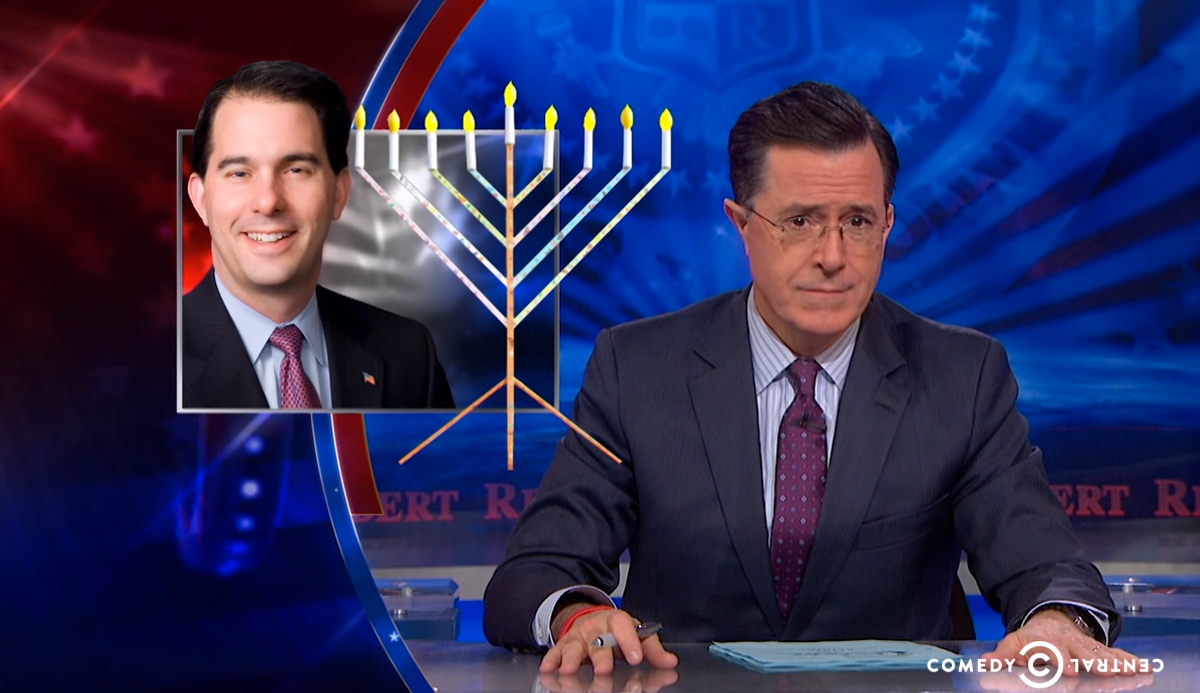 Last night Stephen Colbert mercilessly teased Wisconsin Gov. Scott Walker over a humorous gaffe. One of the lighter political stories of this week was the resurfacing of a letter Walker wrote to a Jewish leader years ago when he was in lesser political office. In that letter he attempts use of the phrase "mazel tov," and fails miserably. Instead Scott Walker wrote "Molotov," like a "Molotov" cocktail.