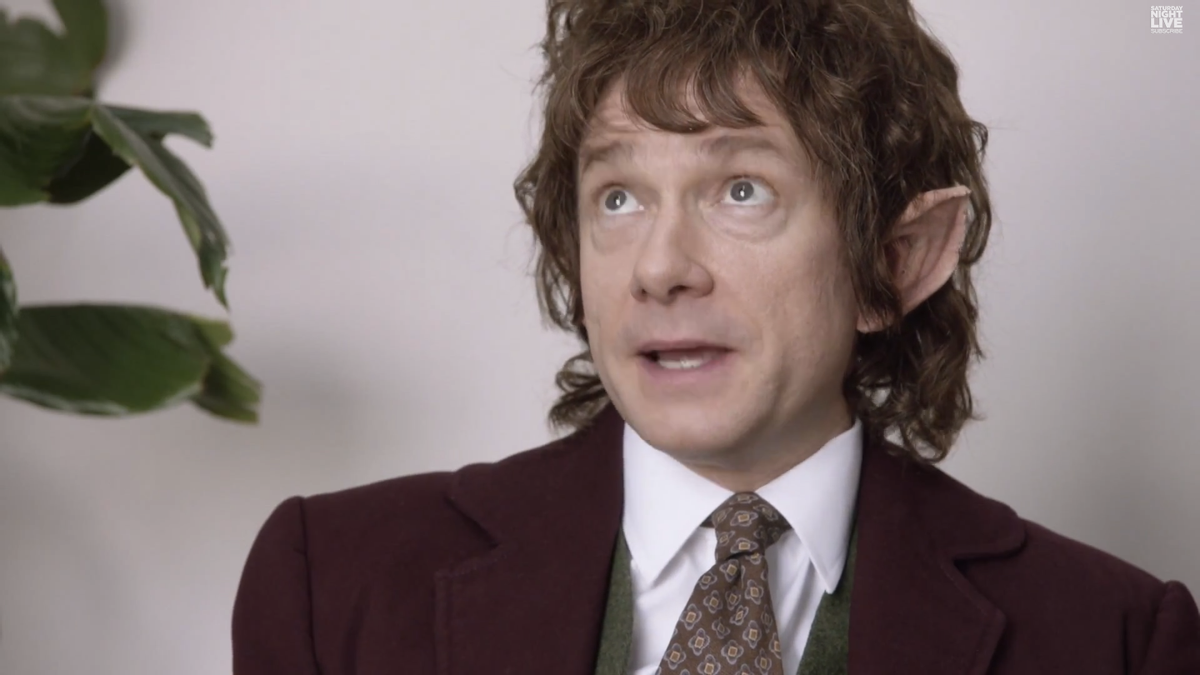 In a moment of sheer brilliance, "Saturday Night Live" aired an episode of "The Office: Middle Earth," a parody of the UK sitcom starring Ricky Gervais and SNL's host, Martin Freeman. In it, Freeman plays Bilbo Baggins, post-adventure, who is now forced to work at a paper company and assume the role of the self-aware everyman and put up with the hijinks of his tone-deaf boss, Gandalf (Bobby Moynihan).

One of the sketch's many highlights is the Dwight-inspired nemesis, Gollum played frighteningly well by Taran Killam, who responds to Bilbo's pranks with a, "Those are nasty tricksies."

Watch the clip below. Right now.