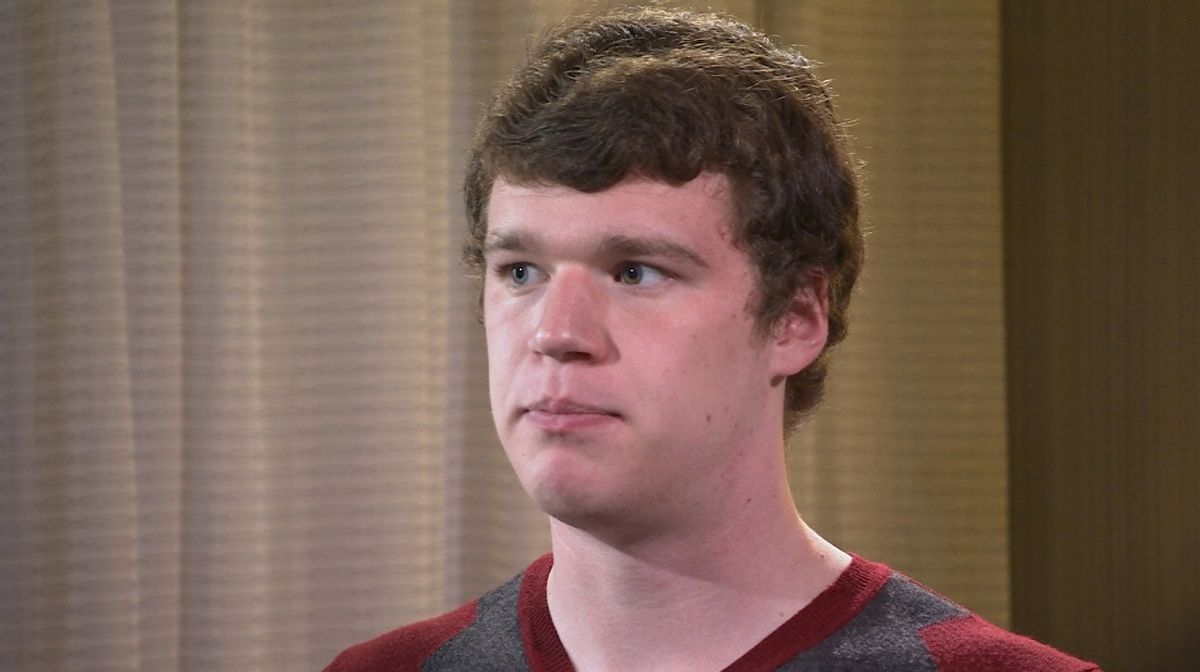 In this image taken from video, Saturday, Dec. 13, 2014, University of Virginia student Ryan Duffin talks during an interview with The Associated Press in Charlottsville, Va. Duffin and two other friends of an alleged victim of a gang rape at a U.Va. fraternity, challenged details in a Rolling Stone article that used the woman's attack to paint a picture of a culture of sexual violence on the campus was wrong on a number of key points: most important that they didn't encourage her to report the attack and that they were more concerned about their reputations than her well-being. (AP Photo) (AP)
--

Civil rights groups in the U.S. and abroad renew calls to charge those in government agencies who relied on harsh techniques to pressure from terror suspects.

2. A CRACK IN RICH-POOR BARRIER AT CLIMATE TALKS

The UN meetings on limiting greenhouse gas emissions end in general agreement that developing countries and wealthier nations alike must be held to higher standards in cutting pollution.

Congregants wear black and pray over the men in attendance in protest of deaths of unarmed African-American men at the hands of police.

4. WHAT FRIENDS SAY ABOUT STORY ON UVA WOMAN'S RAPE ACCUSATION

They tell The Associated Press that a magazine article that used the woman's account of a sexual assault at a University of Virginia frat house was wrong on key points.

The New Pittsburgh Courier publishes the name, race and manner of death for every homicide in the city — with victims being overwhelmingly black.

6. WHY SOME CANCER PATIENTS TEST TREATMENTS ON PERSONAL MICE

They pay private labs to breed mice that carry bits of their own tumors so treatments can be tried first on the customized rodents.

Republicans will feel new pressures to show they can deliver, and President Obama's incentives to veto legislation will add uncertainty to the mix.

Although banks often absorb bogus charges, it's up to victims to clean up their credit histories and recover stolen funds.

The producers of the James Bond film say an early version of the screenplay was among the material spirited off by hackers.

Sick with flu-like symptoms, Peyton Manning takes four bags of intravenous fluid and leads Denver to a 22-10 win over the Chargers.