This is amazing: Bill Nye uses emojis to explain the science of evolution

Emojis, Bill Nye and science: It's the perfect combination 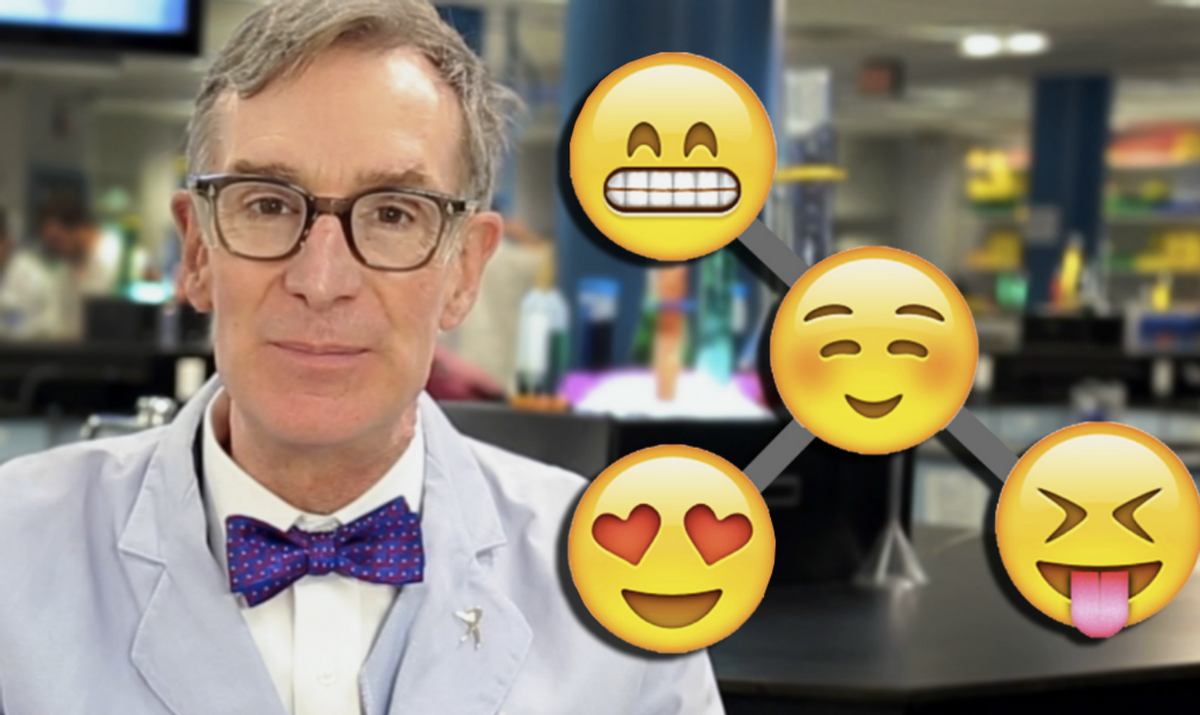 Bill Nye "The Science Guy" has spent the past year in the spotlight, explaining everything from evolution to climate change. He debated creationist Ken Ham, debated media personalities on climate change, appeared on "Last Week Tonight With John Oliver," and wrote a book about evolution prompted by his debate experience.

Recently the science educator explained the theory of evolution using emoji. The video is best watched twice, first to listen to the scientific explanation, and again to see if the emojis really match up.