"They no longer respect this part of the world" 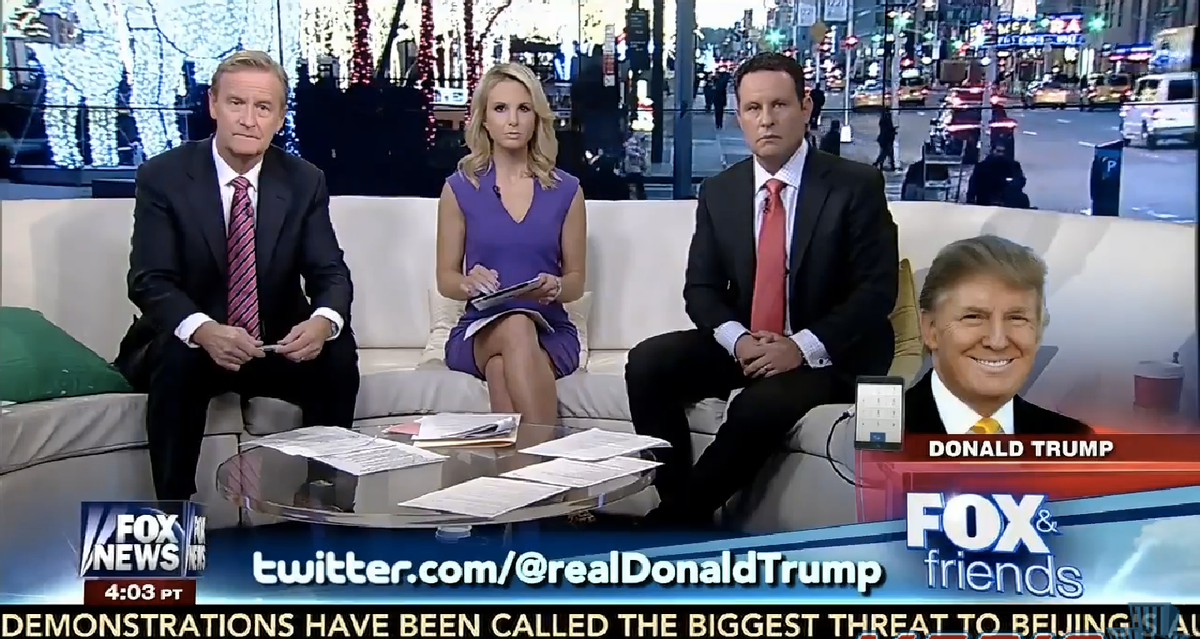 On Monday morning's edition of "Fox & Friends," attention was turned to the unfolding hostage situation in Sydney, Australia. Apparently, the show is so reliant on consistent programming that despite the fact that there is an emergency situation currently underway, they still have to feature a call from Donald Trump, as host Steve Doocy clarifies that they speak with Trump "every Monday at this time."

Trump has a really special couple of minutes on the show, saying that "they" don't have any respect for "our world" (who are "they?"), then defending the CIA's recently exposed torture techniques, then saying it looks bad to publicize these techniques (even though I thought he just said they were effective?). Finally, Trump concludes with the thought that we are as violent now as we were in Medieval times (what?) and then the conversation switches to talk about the Sony hack.

And now, ladies and gentlemen, your weekly brainwashing: