Bogged down by the idea of prestige TV, it flouts historical accuracy in favor of threesomes in the Khan’s harem 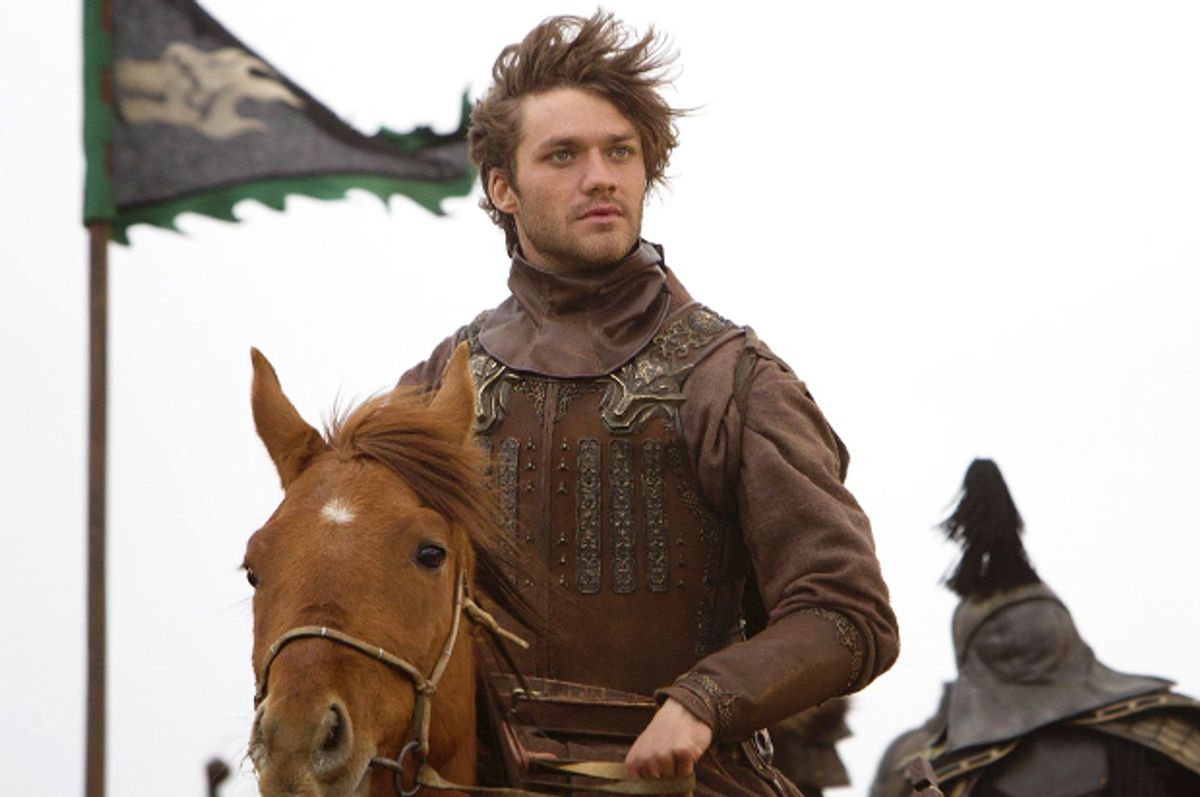 Netflix’s new original series “Marco Polo” is stunning, on multiple levels. The production values are breathtaking; the show reportedly had a budget of a whopping $90 million, which is likely outmatched only by HBO’s “Game of Thrones.” The show uses that money to hire a fantastic, multi-ethnic cast, on-location shots in Malaysia and Kazakhstan, and expensive battle scenes and costuming. The fight choreography is reminiscent of the wuxia style, brought to Hollywood by Ang Lee’s Oscar-winning “Crouching Tiger, Hidden Dragon” — hardly a casual reference.

As sumptuous as the production is, though, “Marco Polo” is also stunningly tone-deaf, a mishmash of prestige tropes put together in such a way that the series displays moments of surprising brilliance that abut moments of astonishing dumbness. At times, “Marco Polo” offers lovely, nuanced character drama, set in a world too rarely brought to the Western screen: the empire of Kublai Khan, who ruled over a fifth of the world, and the Chinese Song dynasty, its perennial rival. But then — partly because it’s being dragged down by the expectations of what prestige television is supposed to be — the show flouts historical accuracy and undermines its own characters to play up orgies in the Khan’s harem and threesomes in his bedchamber with his empress and concubines. The story of the white man visiting the “exotic” “Orient” became tiresome with Robinson Crusoe; “Marco Polo” struggles to justify its existence in 2014. Fortunately, the actors are all talented enough that they’re mostly able to keep the threads of the story in hand — particularly Olivia Cheng, who is stripped naked again and again to satisfy the show’s desire for cheesecake and manages to radiate dignity throughout. But it feels like a terrible disservice to the strong source material to fall into such well-charted pitfalls about storytelling about other cultures, and a disservice to that $90 million, which apparently could have been better spent.

I don’t mean to pillory showrunner John Fusco here, who has done excellent work in the past telling a story of another culture with nuance and perspective (“Thunderheart,” in particular). But his efforts in “Marco Polo” either fall short or are muddied by other interests. “Marco Polo” is a slow, romantic epic without a strong storytelling drive that relies on exploitation and exotification to drive the leading action. And it’s the female characters of the show that get short shrift. The men — Mongol, Chinese, and Venetian — get arcs hashing out their daddy issues, along with sword fighting and heroic horsemanship. The women are fierce and intelligent, but repeatedly relegated to the role of sex object.

In a particularly indelible scene early in the season, the Empress Chabi (Joan Chen) surveys the new recruits for her husband’s harem, casting her gaze over the Chinese Mei Lin (Olivia Cheng), a slave and a spy. Mei Lin is naked, and pleasuring another woman with the erotic abandon prestige television reserves for women seducing other women. The camera is unabashedly interested in the female naked bodies, and in the eroticism of Mei Lin having sex with the other slave girl, and in the perversion of slave women being forced to perform sexually in order to secure their futures. It is a moment of full-fledged male gaze. But in the middle of it, Empress Chabi is an undeniable pillar of the female gaze, and what she sees, the viewer can only guess at, when she ultimately chooses the other, unnamed girl for her husband’s harem instead of Mei Lin. The scene is notable not just for its complexity but also for underscoring just how much “Marco Polo” fails: Chen’s presence disrupts the perspective of the camera, which is unable to relay the story from her perspective. The ingredients are there for potential greatness, but “Marco Polo” is too busy filming the (naked) trees to capture the broader forest.

And in the hands of a purely Western production — even one as sensitive as Fusco’s has attempted to be — “Marco Polo” is uncomfortably awkward to watch, a window into a culture that isn’t the West’s to adapt. It is, in some ways, a beautiful story, but it’s thematically empty, and devoid of narrative passion. The best parts by far are when the women in the story roll their eyes at Marco—my favorite moment was in the finale. But it’s too little too late, after far too many orgy scenes and 10 long hours without much action at all. There are just too many things wrong to make “Marco Polo” right.

Well, so what? I almost didn’t bother writing about “Marco Polo” after watching it over this weekend; it seems like a show that has escaped most of the viewing audience’s notice, at least for now, and earlier reviews of the show offered similar critique to my own. But this weekend offered up more than just all 10 episodes of “Marco Polo”; it also offered up the assertion that what we air on television matters. The Senate Intelligence Committee commissioned a report on torture used in the war on terror that was released last week. It found that the show “24,” and its hero, Jack Bauer, were remarkably instrumental in the perpetuation and defense of “enhanced interrogation techniques” by the CIA. It’s never just television we’re watching. In the case of “24,” it was a fever-dream of the fight against terrorism, as imagined by one man in a Los Angeles trying to make a living. A man who might or might not now have blood on his hands.

In the case of “Marco Polo,” it’s far less immediate events, sure. But that $90 million went somewhere: It paid for naked female extras in the background of harem scenes and highly stylized sword-fight choreography; for an Italian actor (Lorenzo Richelmy) to be in the foreground of the story, while numerous Asian actors are relegated to supporting roles. And as Forbes observes, this is a show that Netflix is heavily promoting internationally. It’s never just television — it’s the visual language of ideas and beliefs, transmitted instantaneously.

The most perplexing thing about “Marco Polo” is that the show is about the white male interloper to the Mongol kingdom who somehow makes it all about him. It would be far more interesting to focus on Benedict Wong’s Kublai Khan, or even Chin Han’s Jia Sidao, who plays the part of the villain in this story. Polo is not only the hero, but the savior of the Mongols; toward the end of the season, he brings the gospel of the catapult to the Khan’s armies, who are stymied by the Great Wall of China. It’s irritatingly convenient. As critic Mike Vago pointed out to me on Twitter, “Wait, seriously? They're saying the greatest general in world history had to learn it from whitey?” But is it so surprising? Polo is just a stand-in for the Hollywood producer — taking up valuable space, thinking very highly of himself, and applying himself to content and contexts that he would be better off leaving to someone else.