Stephen Colbert isn't the only one saying goodbye: A look back at "The Late Late Show with Craig Ferguson" 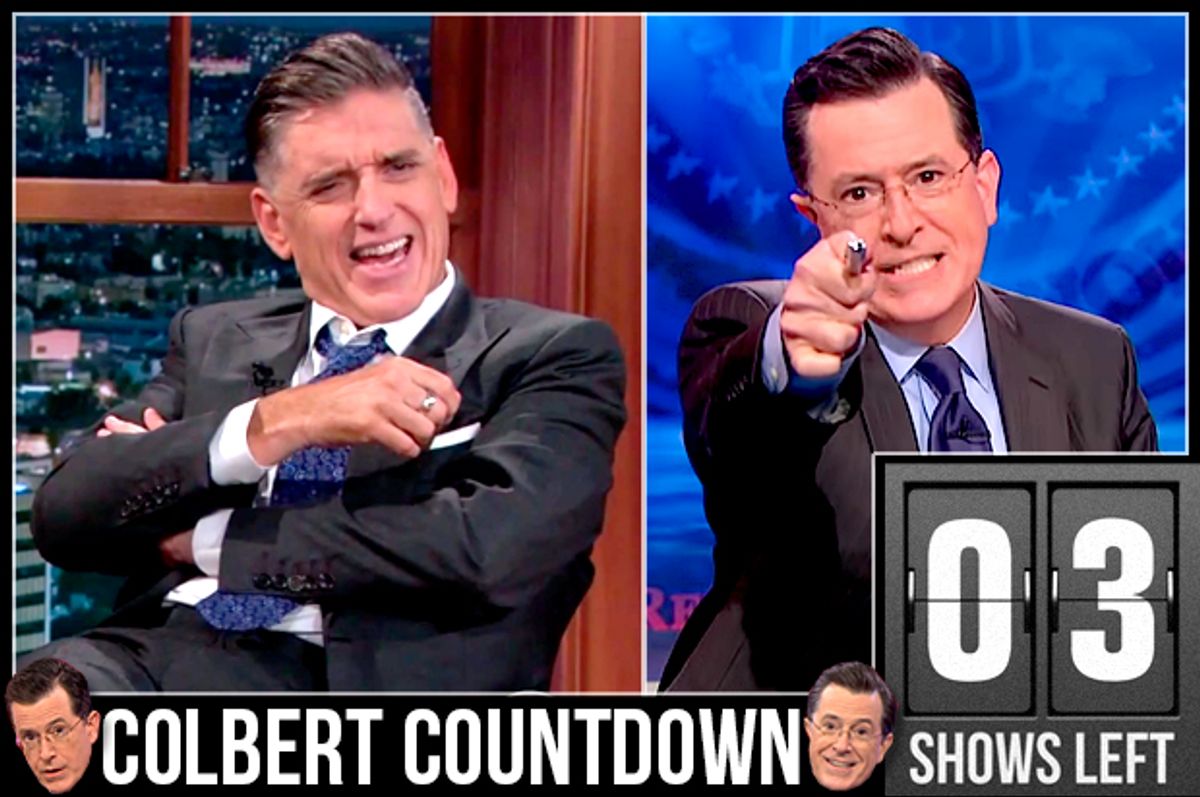 In 2015, Stephen Colbert (sans conservative persona) will head to CBS to helm "The Late Show." His departure from "The Colbert Report" is one we've been prominently mourning. Yet there's another long-time comedian leaving his late-night show this week: Craig Ferguson of CBS's the "Late Late Show."

Ferguson took the reins of "The Late Late Show" from Craig Kilborn in 2004. (Kilborn, in another episode of intense late-night chair shuffling, had preceded Jon Stewart as host of  "The Daily Show," before heading to CBS in 1999.) Fast-forward to present: Although many thought Ferguson would be the natural replacement for David Letterman on "The Late Show," the spot ultimately went to Colbert. There were apparently no hard feelings, but with his contract up at the end of the year, Ferguson now heads to greener pastures. His last show is this Friday. James Corden will take over in 2015.

Since we've spent so much time giving Colbert his due, we thought we'd stop and pay homage to the wickedly funny Craig Ferguson. (And of course his trusted sidekick Geoff.) Here are some classic clips:

The origins of Geoff:

Morgan Freeman hears his own voice:

When it rained in California:

And here is some hilarious stand-up: