The 6-step process to dispose of America's poor

The country's lower classes are treated like criminals or commodities. Thank our perverse brand of capitalism 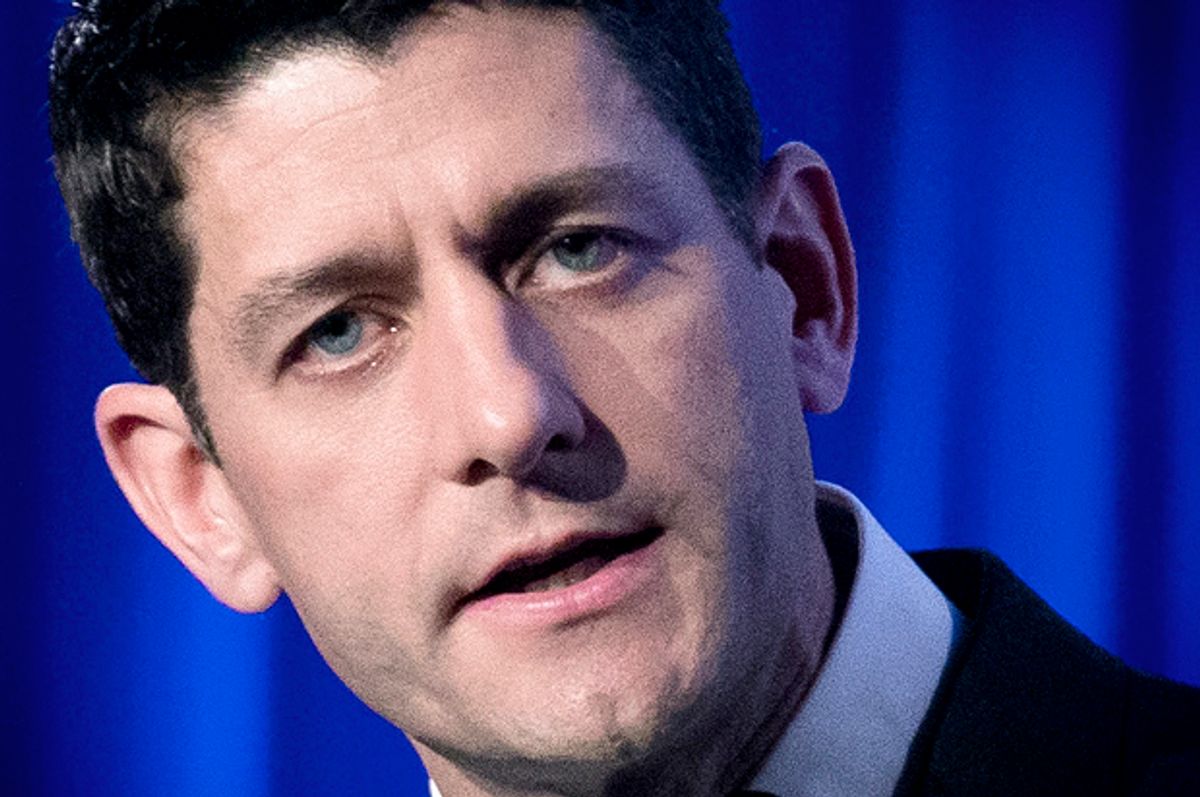 One of the themes of the superb writing of Henry Giroux is that more and more Americans are becoming "disposable," recognized as either commodities or criminals by the more fortunate members of society. There seems to be a method to the madness of winner-take-all capitalism. The following steps, whether due to greed or indifference or disdain, are the means by which America's wealth-takers dispose of the people they don't need.

Recent analysis has determined that half of America is in or near poverty. This is confirmed by researchers Emmanuel Saez and Gabriel Zucman, who point out: "The bottom half of the distribution always owns close to zero wealth on net. Hence, the bottom 90% wealth share is the same as the share of wealth owned by top 50-90% families - what can be described as the middle class."

The United States has one of the highest poverty rates in the developed world. It's much worse since the recession, especially for blacks and Hispanics.

From 2008 to 2013 the stock market, which is largely owned by just 10% of Americans, gained 18% per year. Well-to-do stockholders get capital gains tax breaks, including a carried interest subsidy that Robert Reich calls "a pure scam."

The bottom half of America, relying on regular bank accounts, earn about one percent on their savings.

2. Strip Away Their Income

Earnings due to workers for their years of productivity have been withheld by people in power. Based on inflation, the minimum wage should be nearly three times its current level. An investor report from J.P. Morgan noted a direct correlation between record profits and cutbacks in wages.

We hear occasional news about job growth, but low-wage jobs ($7.69 to $13.83 per hour), which made up just 1/5 of the jobs lost to the recession, accounted for nearly 3/5 of the jobs regained during the recovery. And it's getting worse. Nine out of ten of the fastest-growing occupations are considered low-wage, generally not requiring a college degree, including food service, health care, housekeeping, and retail sales.

Among rich countries, according to OECD data, the U.S. is near the bottom in both union participation and employee protection laws.

3. Take Away Their Homes

A study by the National Low Income Housing Coalition concluded that an average American renter would need to earn $18.92 per hour -- well over twice the minimum wage -- to afford a two-bedroom apartment. "In no state," their report says, "can a full-time minimum wage worker afford a one-bedroom or a two-bedroom rental unit at Fair Market Rent." Over one-eighth of the nation’s supply of low income housing has been permanently lost since 2001.

4. Hit Them with Fines, Fees, and Fleecings

The poor half of America is victimized by the banking industry, which takes an average of $2,412 each year from underserved households for interest and fees on alternative financial services; by rental centers that charge effective annual interest rates over 100 percent; by payday lenders who charge effective annual interest rates of over 1,000 percent; and by the burgeoning prison industry, which charges prisoners for food and health care and phone calls and probation monitoring and anything else they can think of.

On top of all this, bubbly TV personalities rave about all the lottery money just waiting to be taken home. Poor families account for most of the lottery sales.

Matt Taibbi's recently published book The Divide: American Injustice in the Age of the Wealth Gapcontrasts the targeting of the poor for trivial offenses with a tolerance for the architects of billion-dollar financial crimes.

The U.S. court system is flooded with cases for minor infractions, including loitering charges reminiscent of the infamous Black Codes of post-slavery years. The buildup of arrests has added one out of every three U.S. adults to the FBI's criminal database.

The poor are criminalized for lying down or sleeping in public; for sharing food; for simply having nowhere to go.

6. Most Insidious: Let Their Children Suffer

The U.S. has one of the highest relative child poverty rates in the developed world. Almost half of black children under the age of six are living in poverty. Nearly half of all food stamp participants are children. The number of homeless children has risen by 50 percent in less than ten years.

Early education is certainly part of the solution, for numerous studies have shown that pre-school helps all children to achieve more and earn more through adulthood, with the most disadvantaged benefiting the most. But even though the U.S. ranks near the bottom of developed countries in the percentage of 4-year-olds in early childhood education, Head Start was recently hit with the worst cutbacks in its history.

Meanwhile, public schools in the inner-city are being closed to satisfy the profit urges of the privatizers, who view our children as commodities. Said community organizer Jitu Brown after 50 schools were shut down in Chicago: "It has ripped black communities apart."

Americans seek reasons for all the violence in our city streets. With so many "disposable" citizens deprived of living-wage jobs and a meaningful education and equal treatment by our system of justice, rebellion in the form of violence is not hard to understand. The privileged members of society would lash out, too, if they were stripped of everything they own and tossed into the streets.