The Rock and Roll Hall of Fame is a mess: Why does the induction committee have such bad taste?

The next round of Hall of Fame inductees have been chosen, and they are questionable, to say the least 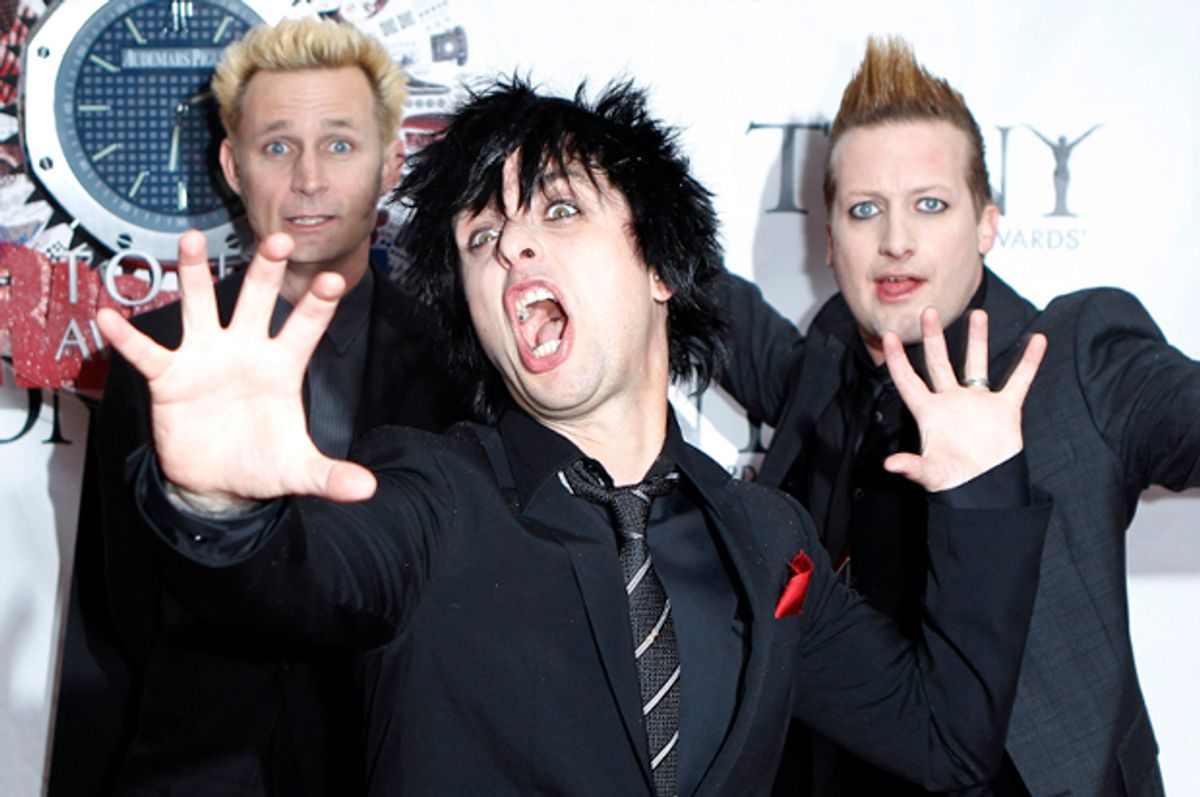 This year’s inductees, along with Withers, are Green Day, Joan Jett and the Blackhearts, the late Stevie Ray Vaughn and Double Trouble, the late Paul Butterfield and the Paul Butterfield Blues Band, and the late Lou Reed. A member since 1996 for his work with the Velvet Underground, Lou Reed is now posthumously inducted for his solo work. (One of the most irritating features of the HoF is the rampant double-dipping. Sting was up for a membership this year, too, though the Police have belonged since 2003.)

The Rock and Roll Hall of Fame is the worst kind of pop culture paradox. It begs to be taken seriously — the lofty word “Hall” demands it, even though it’s housed in a very high-end Hard Rock Café of a museum full of scrawled lyric sheets and cast-off scarves — but the rebellious foundation of rock 'n' roll also demands a certain amount of healthy skepticism about all of this meaningless pomp. How do you trust a voting body that took this long to induct a soul legend like Withers, whose body of work includes “Lean on Me,” but shimmied in ZZ Top a decade ago? Don’t get me wrong, ZZ Top is one fun group of guitar-twirling beards, but ranking “Tush” above “Ain’t No Sunshine” is absurd.

When the Hall of Fame held its first induction ceremony in 1986, the list of inductees was a veritable hagiography of rock 'n' roll: Chuck Berry, James Brown, Ray Charles, Sam Cooke, Fats Domino, the Everly Brothers, Buddy Holly, Jerry Lee Lewis, Elvis, Little Richard. Producer Sam Phillips and blues legend Robert Johnson were recognized. The Beatles weren't even eligible until 1988. Back then, a Hall of Fame nod meant you made a contribution that would stand the test of time. Now, since the beast must continue to be fed, it maybe means someone made a Broadway musical out of one of your albums.

An act isn’t eligible to be inducted until 25 years after their first album, and lately, the voters have rushed to sanctify newly eligible acts on their first year up, even if they are not necessarily the next Beatles. Last year, the hall inducted Nirvana, an unimpeachable nod to nostalgia and influence. But this year, Green Day — who, you know, are pretty proficient — beat out NWA, pioneers of West Coast style and gangsta rap, not to mention Nine Inch Nails. What makes Green Day more deserving of a Hall of Fame membership than the Smiths, who were also nominated? Nobody knows. The Pixies have never even been nominated. There’s no accounting for taste or logic in Hall of Fame decisions, rendering their coronations little more than aberrations of zeitgeist and petty eccentricities. We are talking about a body that originally inducted Bruce Springsteen in 1999 without the E Street Band and only last year rectified their horrendous misstep by giving them the award for musical excellence.

The Hall of Fame’s arbitrary and often inexplicable decisions are, quite possibly, also the source of its power. If artists can’t pinpoint with any certainty when they’ve made it to that top echelon of influence and acclaim, they’ll always be caught (hopefully tearfully!) off-guard when they get the nod. “We’re all in a surreal state right now,” marvels Green Day’s Billie Joe Armstrong in Rolling Stone, appropriately reverent and humble. When a veteran artist like Withers, secure in his semi-retirement, gets the call (or rather, asks his wife to answer the phone and take the message for him), he can take the hoopla with a huge grain of salt. Withers’ charming interview with Rolling Stone knocks the Hall of Fame off its mysterious pedestal with a polite but astute observation of its importance. “If you think about it, it's an odd collection of people, from Elvis Presley to Miles Davis, in the Rock and Roll Hall of Fame,” he told Rolling Stone. “It's something that's nice that happened. I guess I'll have to go buy a suit.”