8 horrific "cures" for mental illness through the ages

Hydrotherapy, chemically induced seizures and lobotomy are just a few ghastly treatments that were once commonplace 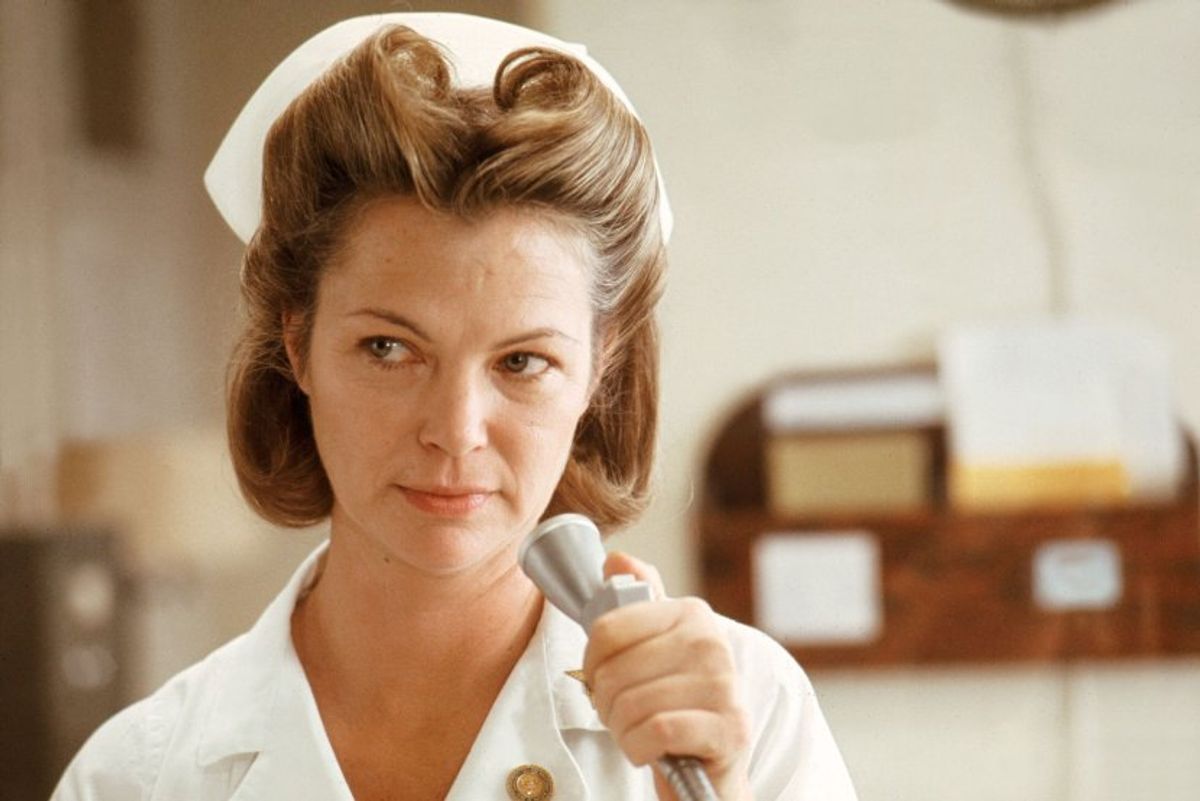 If it wasn’t already clear to the public at large, the recent suicide of comedian Robin Williams drove home the point: mental illness can be devastating. It is hardly limited to people we sometimes see on the street railing against apparent voices in their heads, or obsessive-compulsive television characters like “Monk.” It is widespread and debilitating and it can kill. According to the National Alliance on Mental Illness, 1 in 17 Americans, including children, are dealing with serious mental illnesses like depression, bipolar disorder, schizophrenia, obsessive-compulsive disorder, and post-traumatic stress disorder. That’s 6% of the population, almost 2 million people.

In any given year 1 in 4 American adults experience some kind of mental health issue. The U.S. Surgeon General reported that 1 in 10 children suffer some form of mental illness, disrupting home and school lives around them. Mental illness is responsible for 4 out of every 10 cases of disability in the country. It often affects adolescents and young adults, and the cost to society is enormous, over $100 billion a year in the U.S. alone, from disability, unemployment, drug abuse, suicide, homelessness, and prison incarceration.

And yet, in truth, as bad as things are, we live in the best of times for mental illness. The medical community is beginning to understand the root cause of mental disorders, often brain chemistry imbalances, and is fast developing pharmacological treatments to address them. In combination with interpersonal, behavioral, and peer group therapy, along with early identification of problems, up to to 90% of mental illness sufferers can be significantly helped. The stigma of mental illness is slowing eroding away, as we recognize that it is an illness, just like diabetes, cancer, and other illnesses, and is not a result of character weakness or lack of will power.

Historically, mental illness was treated much differently. People looked upon mental illness as something other than illness, and attempted to eliminate the problem in horrific manners. Here are eight treatments for mental illness that not only did not cure or help the sufferers, but likely traumatized them even more.

Trepanation is boring a hole in your skull. As far back as the Neolithic era, some 7000 years ago, and as recently as today for a small number of strange and misguided folks, the practice of trepanation has been used to “cure” mental illness. Thousands of years ago, having no knowledge of things like brain chemistry, ancient doctors (a loose definition, for lack of a better term) believed that the mentally ill were possessed by demons hanging around in our heads. What better way to rid us of the demons than by giving them a way out? And so, holes were drilled into the skulls of the patients so that the spirits could escape. Did I mention there were no anesthetics back then? Archaeologists have found a plethora of ancient skulls with carefully cut holes in them.

No, we are not talking about a relaxing swim to calm the nerves. In the early 20th century, psychiatrists used a variety of water treatments to treat patients with mental disorders. Some were harmless enough, like warm baths or an invigorating shower. Some treatments, however, bordered on Cheney-esque waterboarding. One treatment had patients wrapped like mummies in towels soaked in ice water. Another “cure” took the relaxing bath to scary extremes, strapping and restraining patients in the tub for sometimes days at a time, allowing escape only for bathroom breaks. High-pressure water jets were also used, and in at least one instance a patient was bound in a crucifix position and a fire hose was turned on him. One hopes it turned out better than traditional crucifixions.

Here’s one that actually worked! Sort of. A pathologist named Ladislas von Meduna observed that, following seizures, epileptics appeared calm and even happy. From this he deduced that by inducing seizures in schizophrenics he could calm their symptoms and even perhaps cure them. After experimenting with drugs like strychnine and absinthe, he settled on a drug called metrazol, which stimulated the circulatory and respiratory systems and caused seizures. It seemed to work. The majority of Meduna’s patients seemed to improve, at least according to Meduna. It is possible that the seizures released chemicals that were absent from the schizophrenic brain, triggering improvements. Then again, the side effects like memory loss and fractured bones were not exactly minor, and the treatment was eventually abandoned.

The ancient Greeks may have established Western culture, but they had an odd way of treating mental illness. Hippocrates, the father of modern medicine (doctors today still recite the Hippocratic Oath) popularized the term “hysteria” to describe any sort of mental illness suffered by women. Hysteria was diagnosed for anything from nervousness to fainting to simply not talking enough. The cause, according to Hippocrates, was a “wandering womb.” The philosopher Plato claimed that when the uterus, "remains unfruitful long beyond its proper time, it gets discontented and angry and wanders in every direction through the body, closes up the passages of the breath, and, by obstructing respiration, drives women to extremity."

In order to calm down the wayward uterus, patients were required to inhale foul-smelling substances that would drive away the uterus from wherever it was kicking up a storm in the body. Of course, the real cure for female mental illness was to get the uterus settled in doing what it was there for. Women needed to get married and start having babies.

Franz Mesmer was an Austrian physician back in the 18th and early 19th centuries. Perhaps best known as the father of hypnotism, Mesmer also had an interesting theory about mental illness: blame it on the moon. Mesmer was convinced that the moon’s gravitational pull, much as it affected the Earth’s tides, also affected the body’s fluids. Intermittent episodes of depression and schizophrenia rose and fell like the oceans tides, as the bodily fluids were being acted on by the moon’s gravity. The solution was to counteract the gravity with another force: magnets. By placing magnets on various parts of the body, Mesmer felt the bodily fluids were redistributed and mental equilibrium was restored. Although many of Mesmer’s patients claimed the therapy cured them, medical authorities dismissed mesmerism as ineffective, and positive outcomes were chalked up to the placebo effect.

Charles Darwin has his unshakable place in intellectual history. Darwin’s grandfather too has a place, although he was perhaps not the giant of science Charles was. Erasmus Darwin was a physician, a scientist and a philosopher. By many accounts he was bad at all of them. His claim to fame was rotational therapy. He believed that disease could be cured by sleep. And he believed that spinning the patient around very fast induced sleep. Needless to say, Erasmus’ therapy was dismissed, but not before Dr. Benjamin Rush, one of America’s Founding Fathers and signatory to the Declaration of Independence, adopted his rotational therapy for the purposes of curing mental illness. Rush believed that mental illness was caused by brain congestion, and that spinning would reduce the congestion and cure the mental disorder. We can safely assume that dizziness was the main result of his therapy, not cure.

Viennese doctor Manfred Sakel developed insulin-coma therapy in 1927. Apparently not a particularly careful doctor, he accidently gave one of his patients an insulin overdose, resulting in her falling into a coma. The patient, who was a morphine addict, awoke from her coma and discovered that her addiction had disappeared. Sakel, being the bad doctor he was, made the same mistake with another patient who also awoke addiction-free. Sensing a trend, Sakel began intentionally inducing insulin comas to schizophrenics and other patients, and 90% of them reportedly were cured. It is unknown why or even if these claims were true, but thankfully the insulin-coma therapy eventually faded away by the 1960s. A good thing, since it was a dangerous therapy and 2% of the patients weren’t cured, they died.

And finally, we have everybody’s favorite mental illness cure, the lobotomy. The lobotomy was developed by a Portuguese neurosurgeon named Egas Moniz. He had heard that when the frontal lobe of a violent, feces-throwing monkey was cut away, the monkey became docile and quit slinging the shit. From this, he theorized that the frontal lobe was the hotbed of mental illness and by cutting it he could cure mental illness. And so he tried it on his human patients. By his own standards, the surgeries were a success, and lobotomies caught on. In 1949, Moniz even received the Nobel Prize for his efforts.

In America, one Dr. Walter Freeman took to the road in his “lobotomobile” and actually provided onsite lobotomies to anyone who seemed willing, from schizophrenics to bored housewives. His technique was to insert an ice pick into the eye socket and swirl it around a bit to “disable” the frontal lobe. Unsterile equipment and imprecise surgical technique aside, there was a problem that soon became apparent as the number of lobotomies multiplied. Quite a number of the patients weren’t cured; in fact, they became virtual zombies, unresponsive and brain-damaged for life. This making for fairly bad testimonial, the lobotomy faded into medical obscurity.