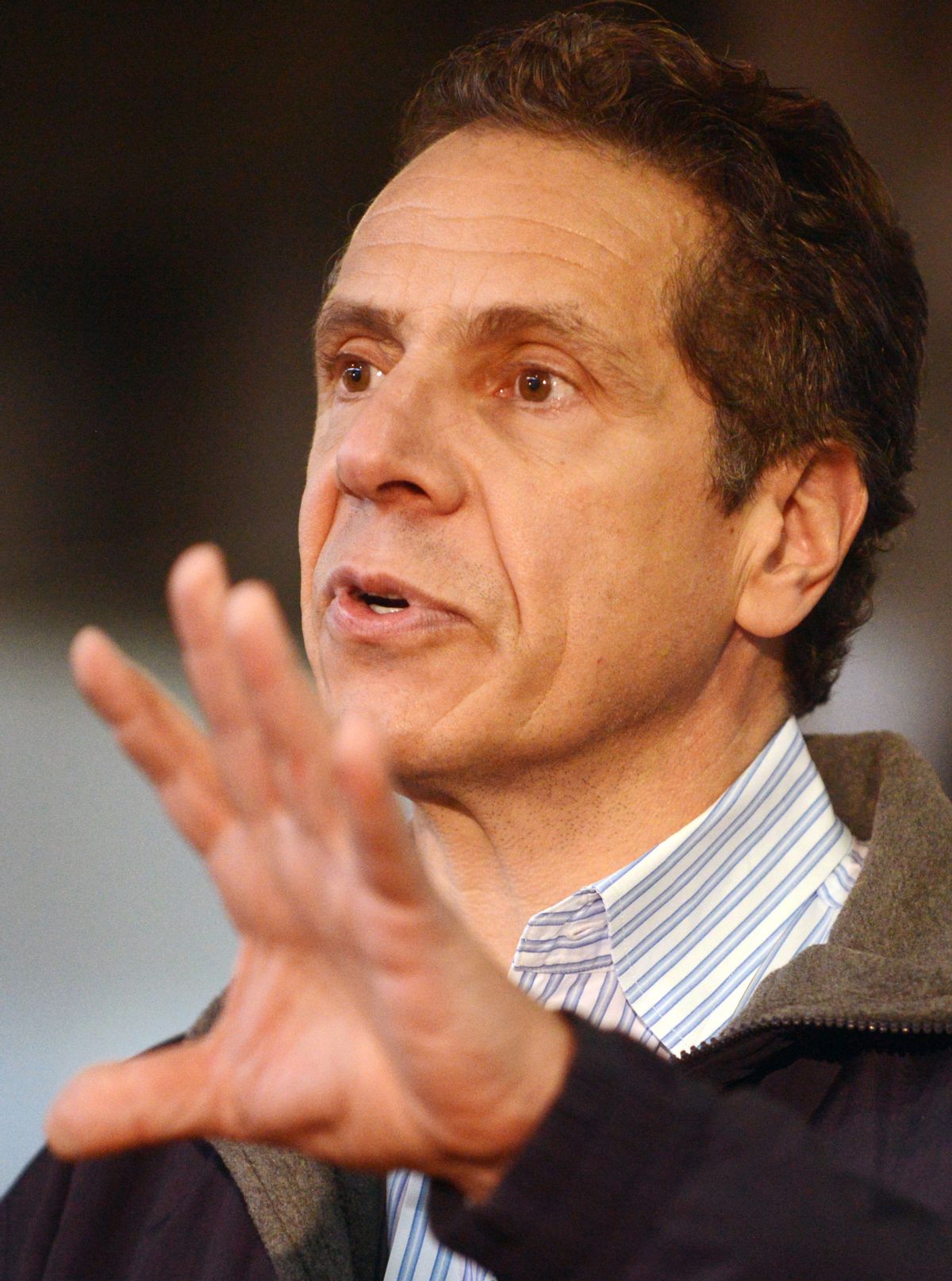 Finally, New York is about to ban fracking.

In a long-awaited decision, Gov. Andrew Cuomo announced that the state will not move forward with high volume hydraulic fracturing, better known as fracking, because of the threat it poses to air, water and public health.

The governor's been hedging on the issue since 2012, when his administration first undertook a health impact review. At a public year-end cabinet meeting Wednesday, New York state Acting Health Commissioner Dr. Howard Zucker provided an overview of what he said could be "significant health risks" from the oil and gas extraction process, which has been prevented in the state under a temporary moratorium put in place in 2008.

“Would I live in a community [with fracking] based on the facts I have now?" Zucker asked. "Would I let my child play in a school field nearby, drink water from the tap or grow vegetables from the soil? My answer is no.”

He concluded, “I cannot support high-volume hydraulic fracturing in the great state of New York.”

New York State Department of Environmental Conservation (DEC) Commissioner Joe Martens pointed out that 63 percent of the land where fracking could potentially take place would be off-limits anyway under state rules and local zoning, and that given the low price of gas and oil, the prospects for fracking development in the state are "uncertain at best." But he nonetheless followed up on Zucker's recommendation by saying that he would issue a binding order to ban the practice at the beginning of next year.

Leaning on his "not a scientist" credentials, Cuomo said he intended to go along with the DEC's recommendation. "I don't think I even have a role here," he said of the decision.

“I get very few people who say to me, ‘I love the idea of fracking,’” he added, while the few who do support the practice tend to do so because they have no other options.

“Governor Cuomo has kept his promise to let only sound science -- not pressure from powerful oil and gas companies -- be his guide on fracking," Kate Sinding, director of the Community Fracking Defense Project and deputy director of the New York Program at the Natural Resources Defense Council, said in a statement celebrating the announcement. "Mounting scientific evidence points to serious health risks from fracking operations. New Yorkers have made it loud and clear that we want to keep this reckless industry at bay. With this announcement, the governor has listened -- and he has demonstrated both courage and national leadership on this critical issue.”