Filmmaker Mark Devries is investigating the pork industry from above 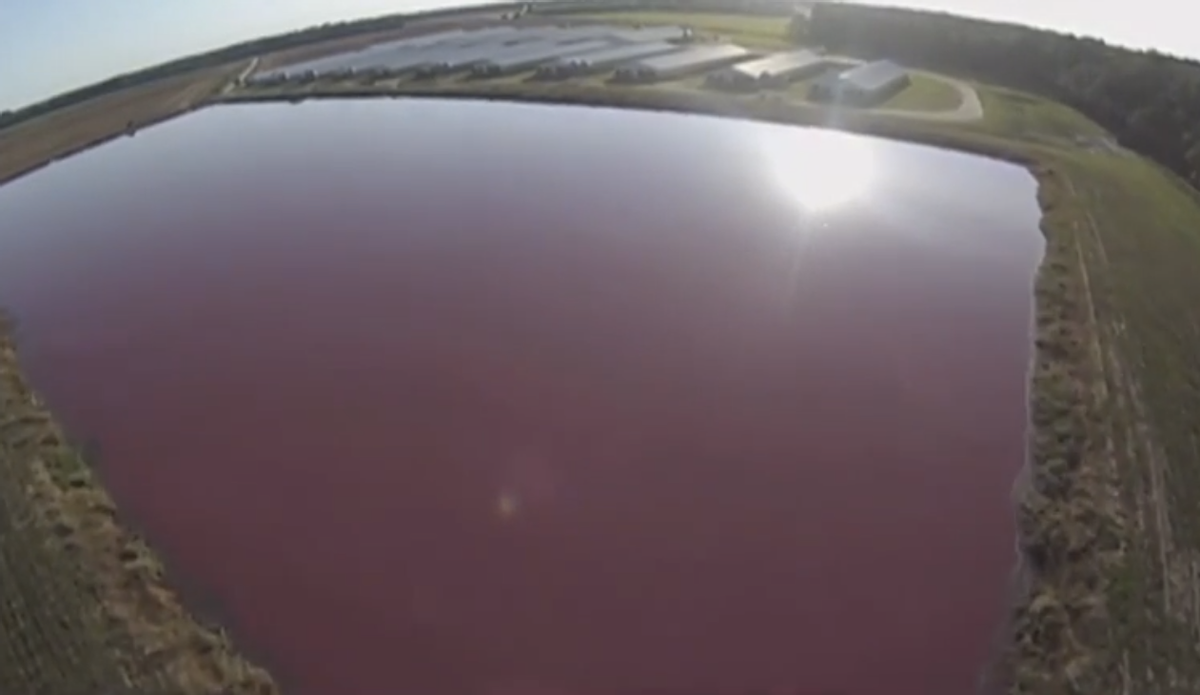 The more factory farms try to hide what they're up to, the more curious the public is getting. And while it's becoming increasingly difficult to get inside of the massive facilities -- oppressive ag-gag laws on the books in several states prevent whistleblowers from collecting footage, and farmers who willingly open the door to the press do so at their own risk -- filmmaker Mark Devries was able to get above them.

Devries, the director of the 2012 film "Speciesism: The Movie," isn't the first to come up with the idea of filming factory farms from above; journalist Will Potter spoke with Salon earlier this year about his own Kickstarter-funded project to subvert ag-gag laws using drones. But Devries' footage, which he released Wednesday in the form of a mini-documentary, gives us an enticing preview of what drone-powered investigations may be able to reveal.

Devries released his drones over facility that supply pigs for Smithfield, the largest producer and processor of pork in the U.S. What immediately stands out are the massive, open-air "lagoons" of manure, as large as two to four football fields, behind the barns themselves.

"I had previously seen these giant open-air cesspools of toxic manure from thousands of feet up in an airplane, so I got a little bit of an idea of what it looked like," Devries told Salon. "But with these drones, for the first time, I was able to see close-up how massive these facilities are, and how close they are to people’s homes."

More disturbing than the footage itself, though, is the impact these lagoons are having on those people living nearby. One disadvantage of drones (or an advantage, depending on how you look at it) is that they can't convey the overwhelming smell, which plagues residents every time the wind starts blowing in their direction. And that stench is a harbinger of real health issues: emissions from lagoons, helped along by the widespread and controversial use of commercial sprinklers to distribute the manure over fields, have been linked to a host of neurological and respiratory problems in people exposed to them.

None of this is exactly a secret, of course, but Devries' aim is to focus public attention on what the industry would prefer to keep hidden.  “These facilities go out of their way to stay hidden from the public, to make it difficult for the media and the public to see what they’re like," he explained. "They plant trees all around the cesspools and farms and they often have large barbed-wire fences, sometimes several, around the facility, so that it is very difficult to get a close look at these lagoons."

He also sees an opportunity for drones to be used to monitor farms more closely -- to watch, for example, for spills and overflows that can threaten local water supplies.

And if the industry catches on? Although he was careful to avoid states with strict ag-gag laws on the books, Devries said, it's possble one of the companies he filmed will bring legal action against him for trespassing. Still, he added, "I think that would be of benefit to the project, because it can only get more attention through what they’re trying to hide.”

Check out the footage below: