ARE YOU KIDDING ME 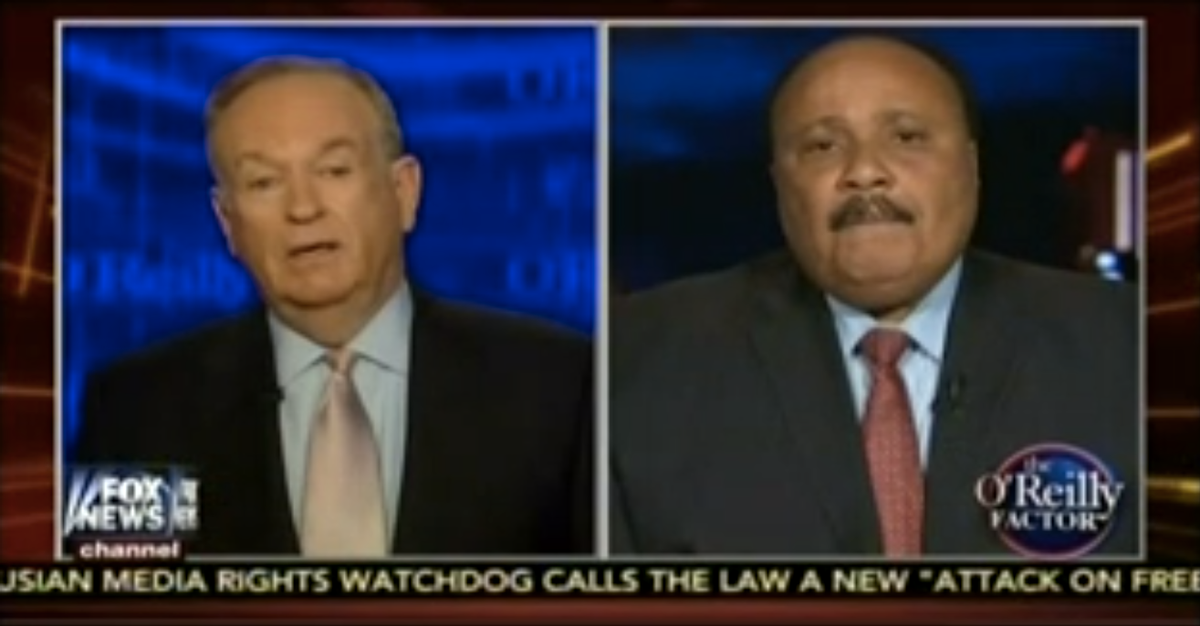 "I don't mind President Obama saying to LeBron James, 'Look, I'm with you.' And that's what he did," O'Reilly mused. "But he also has to provide some leadership in the sense of saying just what you said. Just exactly what you said. You know what, we fight the injustice and we realize it's there, but we love our country, we applaud the progress we've made, and here is a pathway to success. You know, don't abandon your children. Don't get pregnant at 14. Don't allow your neighborhoods to deteriorate into free fire zones. That's what the African-American community should have on their T-shirts."

He then tried to get King to explain why he thinks America is a "noble nation," even though his father "was gunned down by a white racist."

Watch below for the most hateful segment in recent memory.