During the penultimate episode of "The Report," Colbert emptied his shelves 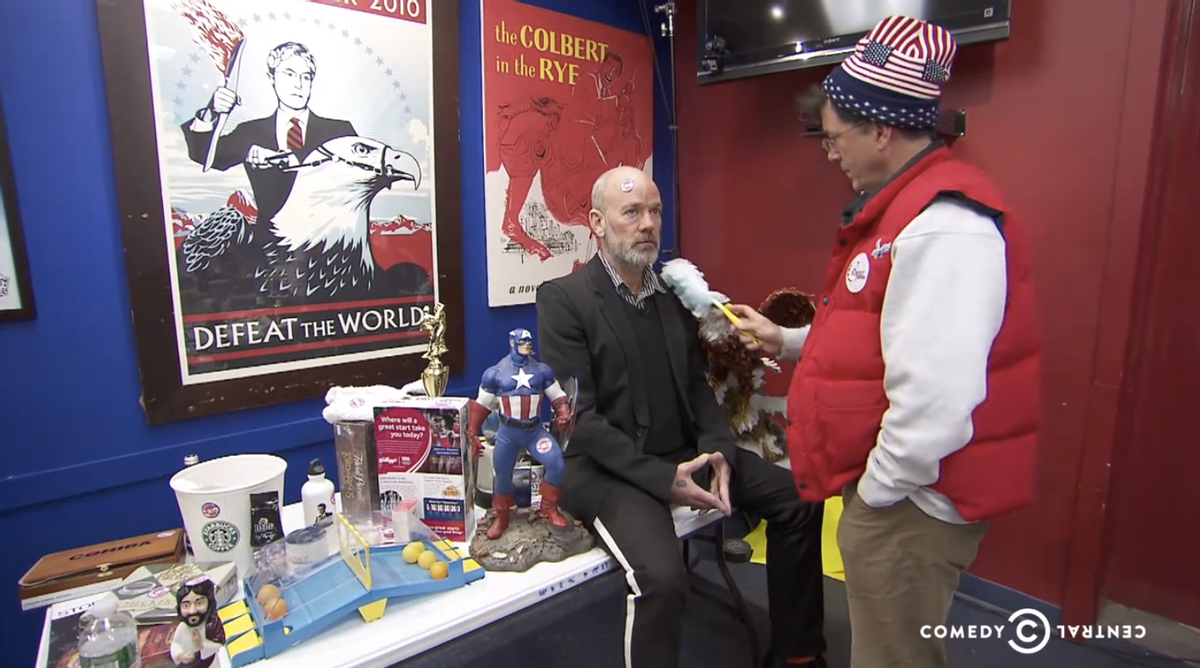 During the penultimate episode of "The Colbert Report," Stephen Colbert paid homage to his incredible studio, left his ever-watching mark on the rooftop, and parted ways with his many tchotchkes at a yard sale.

Among the knickknacks that had to go were pints of Americone Dream, Ass Juice, a passport for his balls, an assortment of figurines and R.E.M. frontman Michael Stipe (who was marked down from $1 to 25 cents).

It is the end of an era; watch below:

And here Stephen says goodbye to his studio: