Why Facebook should never (ever) add a dislike button 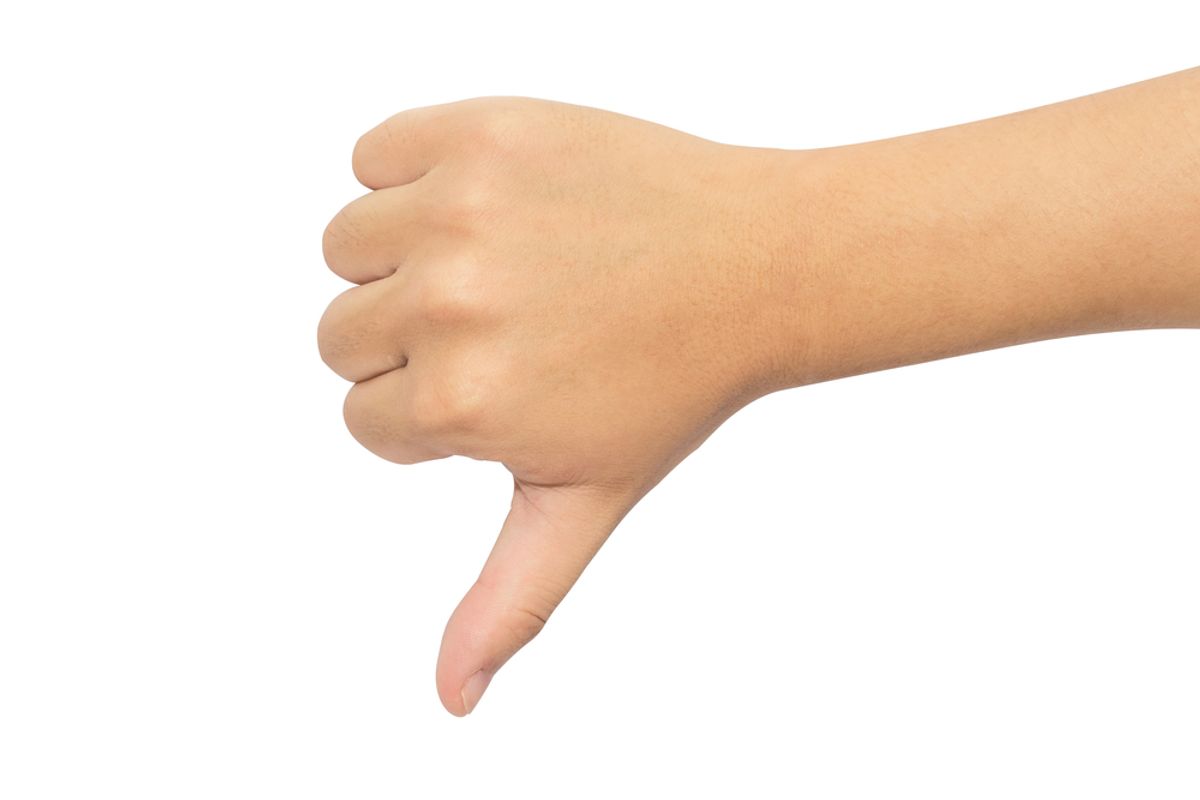 Do you ever have those moments where you see something on your News Feed for which a Like doesn't feel quite right? Maybe your best friend's mother died or your cousin had to put down the family pet. Maybe your co-worker got his car stolen or dropped his iPhone in a puddle. What do you do?

In answering this conundrum, Facebook has long resisted the addition of a Dislike option, but that hasn’t stopped the public from trying to hack downvoting your Facebook feed anyway. A Facebook group instructs the popular social media site’s users about how to DIY their own dislike option, while a Hater app unveiled at SXSW last year offers allows Facebookers to do all their disliking on a separate platform. According to Facebook CEO Mark Zuckerberg, the site has been considering formally adding the Dislike button as a feature for years, but Zuckerberg ruled out its introduction “anytime soon.” Zuckerberg added, “I think giving people the power to express more emotions would be powerful, but we need to find out the right way to do it, so that it is a force for good and not bad and demeaning the person out there.”

In October, the man behind the Like button sounded off as to why that a Dislike feature is never gonna happen. In a TechRadar profile, Facebook’s former Chief Technology Officer, Bret Taylor, argued that "the negativity of that button has a lot of unfortunate consequences." Taylor continued, "I have the feeling that if there were to be a Dislike button is that you would end up with these really negative social aspects to it. If you want to dislike something, you should probably write a comment, because there's probably a word for what you want to say."

More from The Daily Dot: "Tim Burton confirms Winona Ryder will be back for 'Beetlejuice' sequel"

Zuckerberg and Taylor are absolutely right. While sites like Reddit and 4chan are populated by hives of somewhat like-minded strangers, they’re not explicitly created as echo chambers, and you often see debate and dissent in comment threads on r/Atheism and r/Feminism. (Just post something about Lena Dunham and you’ll get about 10,000 different opinions, almost none of them agreeing with each other.) But in its ideal, Facebook is the ultimate echo chamber: a place you go to feel supported by a community of friends and loved ones, or complain about the fact that everyone you went to high school with is getting married and popping out kids. (It’s coming.)

While a Dislike button might seem like a better option for particularly tragic news, it completely changes the tone of the site, in ways no one really wants. As Mashable founder Pete Cashmore wrote in an essay for CNN, Facebook Likes help further the company’s goal of “[making] the world more open and connected,” and it’s hard to see what role downvotes would play in that mission. Cashmore says, “While Like buttons connect Facebook users to their interests, Dislike buttons serve no such purpose. Like buttons are about connection. Dislike buttons are about division.”

This year, Facebook offered an important outlet for users to express collective grief, shock, or outrage—from the passing of a beloved comedian to the deaths of Michael Brown and Tamir Rice, we got on Facebook to unpack our feelings and make sense of it all. This is a bit harder to do if you’re worried that your racist grandma might “dislike” your #ICantBreathe status update; they often say that if you can’t say something nice, don’t say anything at all, but the act of downvoting means you don’t have to. You let the button speak for you. For the original poster, this option won’t just lead to division; it might further disengagement from the site altogether. Who wants to get on Facebook to fight with your Nana about the state of the justice system?

More from The Daily Dot: "Darth Vader reimagined as a samurai is incredible"

The basic issue with a Dislike option is that users already have options for that. If you commonly disagree with the political sentiments of your co-worker (who you don’t want to awkwardly de-friend), you can list him as an “Acquaintance,” meaning that less of his posts will show up in your feed. If you’d prefer not to see his thoughts on Barack Obama’s heritage altogether, you can “Hide” all of his posts or change your privacy options to give him limited accessibility to your page—so he can’t post his rants on your wall either. But for many of us, a simple defriend is good enough, and often cleansing. Are you really close with all of the 2,400 people who follow you on Facebook? (Hint: You aren’t.)

But the greater problem speaks to an issue that some Twitter users may be all too familiar with: When a site doesn’t take a strong stand on user etiquette, it promotes bad behavior. In the past year, Twitter has come under fire for its harassment and abuse guidelines, as the public nature of the platform left users—particularly female ones—vulnerable to vicious trolling and death threats. The Internet is never safe for women, as Pew statistics show that nearly a quarter of women have been stalked or harassed online, but as the Atlantic’s Jake Swearingen points out, “the law can only do so much” to stop it. When the courts fail, social media must step up.

Have you ever wondered, though, why harassment is such a Twitter problem? It’s where the brunt of attacks against Anita Sarkeesian andBrianna Wu were made, as well as where trolls attacked Robin Williams’ daughter for “not appropriately showing her grief” following her father’s death. This is, of course, because a) the site has terrible abuse reporting and b) Twitter is more public than Facebook is, but it’s also because the platform doesn’t guide our emotions. Twitter doesn’t really tell you how to feel: You can “favorite” a post, but that seems to be bookmarking it as much as anything else. And as everyone’s Twitter profile tells you: A retweet does not mean an endorsement. It seems Twitter is desperately in need of its own Like button—or at least a way to stifle negativity.

If you frequent Reddit, you’ll notice something curious about some of its subreddits: You can’t downvote people. In sections like r/GoneWild or r/iAMA, you only have the option to click the gray “up arrow,” signifying that you approve of or “like” this post. No-downvote regulations are crucial in these sections, as users are often disclosing highly personal or private information. AMA stands for “Ask Me Anything,” a section where users of the social aggregation site have the ability to question the original poster, like Barack Obama or Bill Murray, about whatever they want to know. In r/GoneWild, however, users are literally putting themselves out there, uploading NSFW photos and nude selfies.

While these subreddits are prone to the same trolls that haunt the rest of Reddit (see: r/TheRedPill), the intention is to create a positive community. While a downvote signals dislike on the surface, it also has a way of stifling curiosity or conversation on a subject; as goes Reddit’s algorithm, this is literally what happens, as very unpopular posts are downvoted right off the page. When the downvote option is taken away, the knee-jerk Internet reaction to hit the “Eject” button on anything we don’t want to see, the idea is that we are forced to stop, think, and consider. It’s a lot better than the alternative.

Whereas Twitter users might shut down their pages to escape the trolls, Facebook isn’t meant for hate. It’s designed for friendship, and the Like button is the site’s enduring testament to fostering that positivity, offering a better experience for everyone who visits the site. Facebook may never be the echo chamber that we want it to be, but it saves us all a lot of time and stress when we don’t have to dread that typing our passwords into that little white box will ruin Christmas. There are enough things to be worried about when it comes to Facebook’s user experience. Let’s not make a Dislike button one of them.