"I made no money and I was drenched in blood": This is what it's like to star in a B-movie

Actors from such B-movie classics as “My Stepbrother Is a Vampire!?!” on the genre's schlocky charm 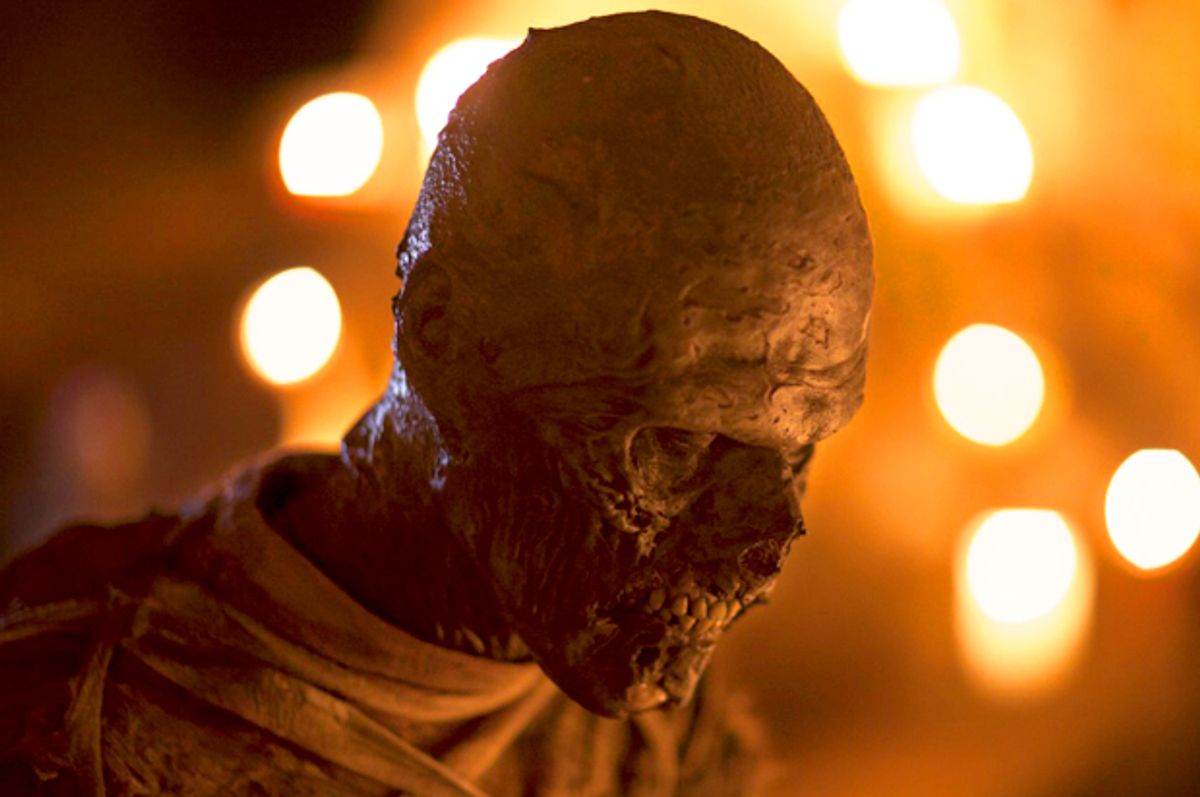 B-movies may be low-budget genre films, made on the quick to make quick money, but the B doesn’t always stand for Bad. Sure, there are some cheesy cheap flicks—“Day of the Mummy,” for example—but in the right frame of mind, B-movies can be works of art. With the preponderance of direct-to-video and VOD, it’s easier than ever to make B movies.

In the 1980s, Rae Dawn Chong, the daughter of Tommy Chong, stole scenes in indie films like “Choose Me,” and co-starred in Hollywood hits “The Color Purple” and “Commando.” Most recently she appears as an aging, broke actress in B-movie maven David DeCoteau’s “Knock ’em Dead." In the film, Chong plays Jenny, an actress who reunites with her co-stars Darien (Debra Wilson) and Alex (Anne-Marie Johnson) to make a sequel to a successful film they did 10 years before. Suffice it to say, mayhem—both comic and horrific—ensues.

William McNamara made a big impression in the thriller “Copycat” after turning in notable work in forgotten films like “Stealing Home,” co-starring Jodie Foster. However, in recent years, the actor has taken roles in B-movies such as “My Stepbrother Is a Vampire!?!” to allow him to do pet projects like his animal rescue show on National Geographic, or the upcoming “Trouble with Billy,” which he wrote and produced. His latest film, “Day of the Mummy” casts him as Jack Wills, an Egyptologist searching in a haunted tomb for a valuable diamond. Most of the film is shot from Wells’ point of view—he dons special camera glasses—so viewers see what Jack sees.

John Robinson is an up-and-coming actor who had a featured role in Gus Van Sant’s “Elephant” and has since appeared in indie films like “Lords of Dogtown,” and “Wendy and Lucy” as well as big budget spectacles such as “Transformers.” In “186 Dollars to Freedom,” he gets a leading role as Wayne, an American in Peru who is framed for drug trafficking and imprisoned.

Salon spoke with the three actors about the risks and rewards of making B-movies.

What's the appeal of B-movies for you?

Rae Dawn Chong: I’m not in this [business] to be adored; it’s to get better at what I do. I don’t have a resistance to doing “Knock ’em Dead.” It’s super fun. Sure, I got paid $3.50 and we made it in six days. I would love a three-story trailer, or that they would be brave enough to cast me in a major Hollywood film, but aren’t we here for fun? I had a lot of fun with this, and I have done some crazy things in my career.

John Robinson: These movies come together in a haphazard way. They form a narrow part of the film industry. B-movies have this collaboration—a mix that everyone doesn’t have a ton of experience but work with the constraints of making a B-movie. That’s what makes them B-movies; they fight against the grain of making indie film.

William McNamara: After my psychotic performance in “Copycat,” I got offered tons of B-movies where I play a bad guy. I made the mistake of going for them. Tom Cruise did a psycho role in “Taps,” but he was smart and turned down all the similar offers. I’m not as smart.

The film business has changed so much. A lot of films don’t get theatrical release, so YouTube creates a whole new filmmaking world out there. We’re getting sucked into it whether we like it or not.

Do you think B-movies deserve their reputation?

Rae Dawn Chong: B should mean Better, Beautiful, and more diverse. A-movies are for assholes. I don’t look at them in terms of classification. David [DeCoteau] does slasher/B-movies. He likes that genre. Oliver Stone won’t hire me because I’ve done a film with David. But I’m at a point in my career where I want to have fun as an actor. Work breeds work. “Knock ’em Dead” was a great script, and this film has women of color in it. People making decisions about movies are white men, who want non-ethnic types. They are not interested in who I am or what I represent. So I have crap opportunities.

John Robinson: You make no money. You work your ass off, and have to expand yourself in ways you wouldn’t have to do anywhere else. I did a lead in a Chinese film that gave me an experience even though it didn’t help my career. I didn’t have as much support, but as an actor you’re often taken care of with a trailer, and when I’m working on these films, it’s exciting; there’s no break. That’s what film should be. It gets gritty. And you have to pursue these jobs. You have to compete as much for these roles as you do for studio parts, but less folks want them. Still, you have to want this experience. You have to be up for adventure filmmaking.

William McNamara: There’s a lot of improv, which is the fun part. For me, I was having a good time in the scene with the two girls in bed. I don’t remember the lines. They were naked rubbing their legs on me. I wasn’t “acting,” I just had to enjoy it—and believe me I did. All those B-movies Dennis Hopper did were crazy, and a lot of fun to watch. They paid him to be on the set. If Hopper could do them, than I can do some.

Rae Dawn Chong: I don’t encounter big egos on B-movies, but I was probably a beast [on set]. I can’t say a line if I think my character won’t say it. I can be outspoken. When I walk on a set, I’m not a shrinking violet. It’s not ego; I’m comfortable. I grew up on sets. I might ask about the camera being too low, or a light being too harsh. I would do this with Spielberg. If I had a question, or didn’t agree with him, we’d discuss it making “The Color Purple.” I felt in “Knock ’em Dead” we were repeating and that didn’t work for me. My character is my job. That’s why you hire me.

John Robinson: Doing a running scene 30 times is going to drain you completely. You are working six-day weeks, 18-hour days. I got sick in the water torture scenes. That’s the spirit of a B-movie, though. Regardless of the state you’re in, you’re there and can’t take hours or days off or change schedules. For the torture scene, I was hung up by my hands. It took three days to shoot. I was drenched in blood. It was the hardest thing I ever did. The first two days were me and a camera on my surfboard. I trained in jujitsu for the wrestling. On bigger movies they legally won’t let you [do your own stunts] because of the insurance company.

Do you think of these movies as a stepping stone, or an end in themselves?

Rae Dawn Chong: At one “Knock ’em Dead” screening, a development guy at a company asked me about it. So, in a weird way, this film enhanced my career. It also shows I can do rat-a-tat-tat dialogue and be real. I have that footage now. I’ve noticed that the industry doesn’t care about me. I have to generate my own work. I did a pilot, “The Celebrant,” that I wrote, directed and starred in. I can play. I can write. That is powerful. People in charge won’t write for me.

John Robinson: The experience was mind-blowing and incredible and I learned so much. That’s what’s interesting to me. These films have more of a voice because people want to see a weird story, not some studio movie. I find I’m watching B-movies all the time because I am looking for something different.

Do you find B-movies require actors to perform to the level of the material--that you can’t always recite dialogue as if it were Shakespeare?

William McNamara: Hopper talked to me about that when we made “Chasers.” I thought the dialogue was bad, but he said, that’s where the fun comes in—doing bad dialogue and making it great.

“day Of The Mummy” B Movies My Stepbrother Is A Vampire!?!