Rest easy? FEMA is not fully prepared for a major disaster 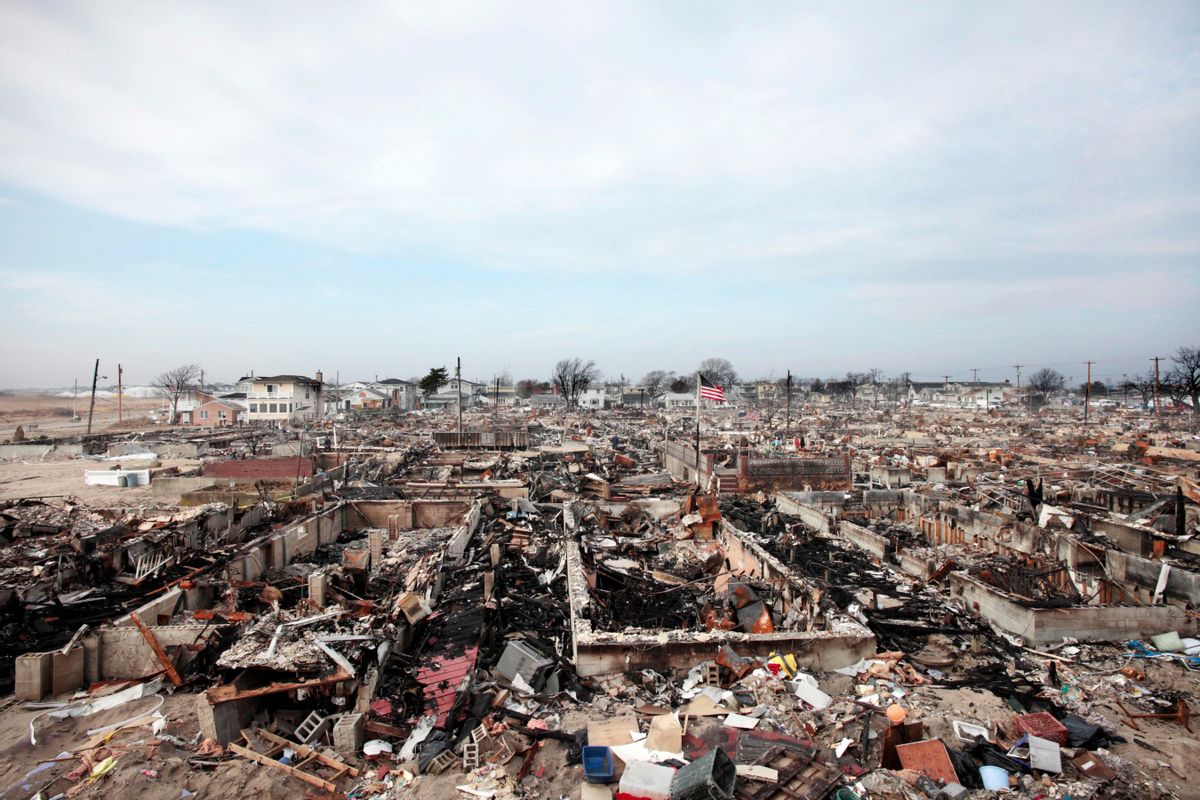 A new report from the Government Accountability Office found that the U.S. Federal Emergency Management Agency (FEMA) failed to adequately document past disaster response efforts (including after Superstorm Sandy), meaning that it is not fully prepared to respond to any future disasters. "FEMA is not aware of the full range of information," the report reads.

The investigation relied in part on internal documents from the Homeland Security Department, which oversees FEMA, including previously undisclosed details from a 2013 disaster plan that highlights needed improvements in the event of an attack from an improvised nuclear device.

The Government Accountability Office said it would still take one to five years to develop a strategy to determine whether people were exposed to unsafe levels of radiation and five to 10 years to plan for a full medical response. Guidance also was lacking as to communication among first responders and making shelters and other basic needs available.

The report indicates that FEMA is equally lacking in its coordination and preparation for natural disasters. Yen writes:

As to natural catastrophes, the report said FEMA should take a bigger responsibility in leading a coordinated response, setting clear minimum standards for agencies and collecting regular status reports. It said that the Energy Department did not effectively coordinate with state agencies and the private sector during Superstorm Sandy, which was blamed for at least 182 deaths and $65 billion in damage.

In another report released last week, the GAO found that between 2004 and 2013, FEMA spent $12.7 billion on administrative costs that could have been drastically reduced with increased efficiency. "Had FEMA met its targets [to reduce overhead]," the GAO report reads, "administrative costs could have been reduced by hundreds of millions of dollars." The report continued, noting that the bureau "lacks an integrated plan with time frames and milestones to hold senior officials accountable for achieving its goals to reduce and more effectively control costs."

Rafael Lemaitre, a FEMA spokesperson, responded to the earlier study's findings: "Disaster survivors deserve to receive effective delivery of assistance, and taxpayers deserve to know that we're providing that support in the most efficient way possible. We can do both, and we've already taken significant action to reduce overhead costs while preserving our ability to provide assistance to disaster survivors quickly."