Scientists prove that you shouldn't trust anything Dr. Oz says

The popular health show is more fantasy than reality, according to a new study 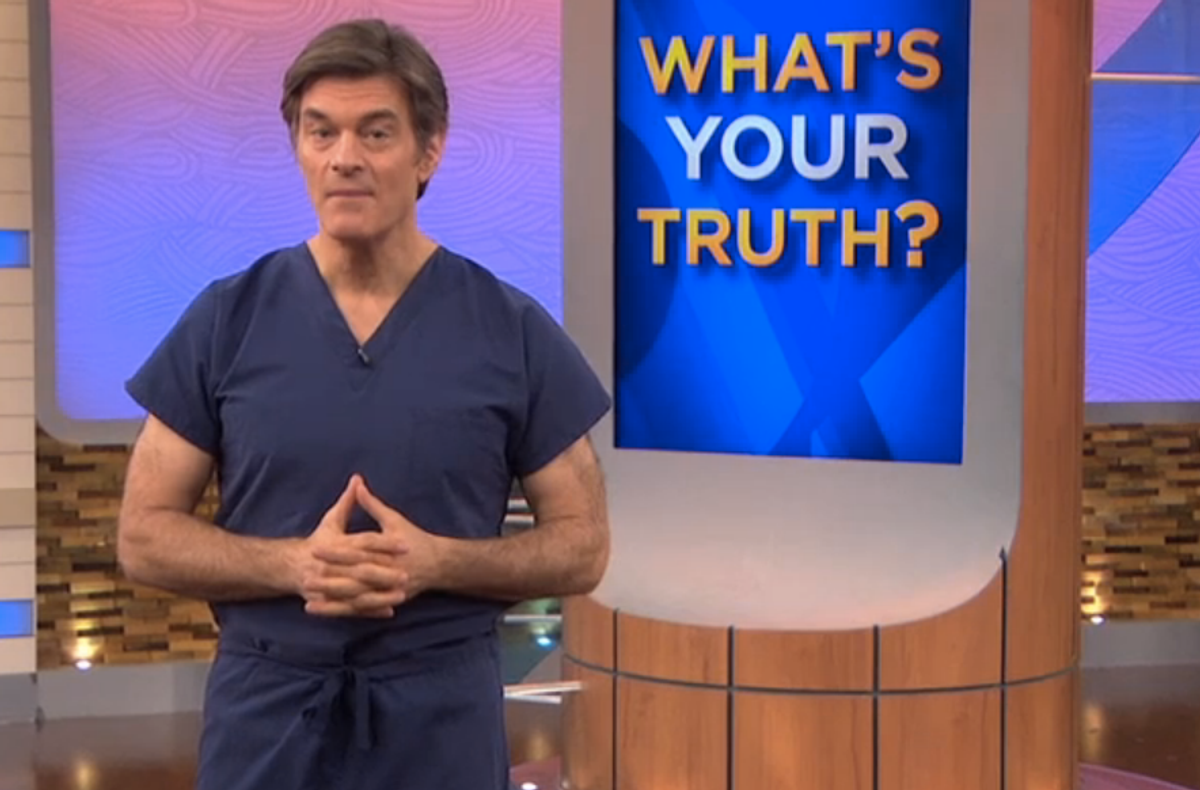 "Should I trust what Dr. Mehmet Oz, peddler of TV medicine, tells me?" By now, you should already know that the answer to that question is probably "no." The great and powerful doctor has been subject to a number of high-profile takedowns over the past year and a half: a scathing New Yorker profile in which he told writer Michael Specter that he thinks of science as "a very religious experience" as opposed to something wedded to fact; a Senate subcommittee hearing in which Claire McCaskill delivered a thorough scolding of the supposed weight-loss "miracles" he promotes on his show; and a fair amount of Twitter backlash.

Now, the prestigious British Medical Journal has joined the pile-on. In an article published this week, a group of health experts analyzed a random sampling of episodes of "The Dr. Oz Show" (along with another syndicated show, "The Doctors"). The upshot: the evidence supports less than half of what he says. Which, in practical terms, means you should have reasonable doubt about all of it.

The researchers sat through 40 episodes of the "The Dr. Oz Show"; from those, they identified 479 separate recommendations he or his guests made to his TV audience. After winnowing the selection down to more forceful recommendations, they randomly selected 80 and weighed them against the existing medical literature, evaluating each claim for "consistency and believability." Only 46 percent of the advice, they found, had evidence supporting it, and just 33 percent of the time were those claims supported by "believable or somewhat believable evidence." For just more than 1 in 3 recommendations, they weren't able to find any supporting information at all (despite, they note, "being quite liberal in the type and amount of evidence we required").

Interestingly, the researchers noted that about 58 to 59 percent of the time, Oz never specified the supposed benefit of what he was recommending -- the implication, apparently, being that viewers should do things simply because the TV doctor is telling them to. They observed as well that the show rarely detailed the potential harms and costs of recommendations; thus, they write, "anyone who followed the advice provided would be doing so on the basis of a trust in the host or guest rather than through a balanced explanation of benefits, harms, and costs."

Not all of the questionable advice that Dr. Oz talked up is necessarily harmful. Take, for example, the idea that “sneezing into your elbow prevents the spread of germs.” The researchers concede that even though they didn't find evidence to back that up, it might just be prevailing medical wisdom. Either way, it's not terribly controversial. Still, they conclude that "consumers should be skeptical about any recommendations provided on television medical talk shows."