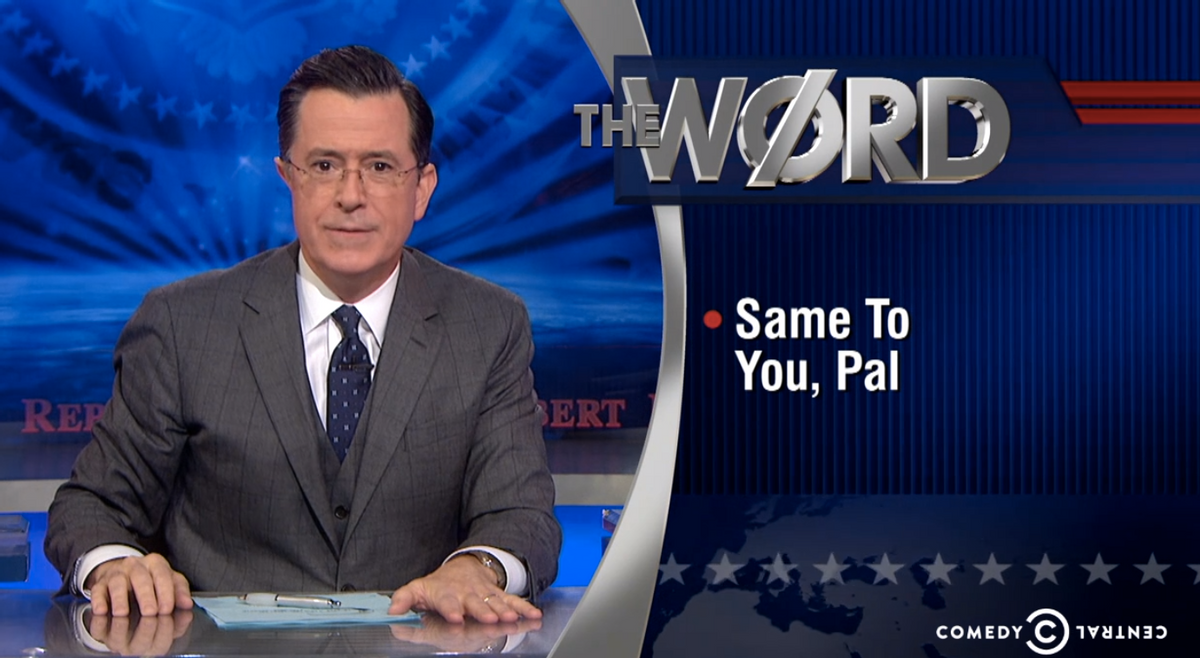 Thursday night marked the end of an era -- a "Colbert-a," as Comedy Central put it. After nine seasons, "The Colbert Report" aired its final episode.

The character Stephen Colbert came full circle with one final hilarious and heartfelt segment of "The Word."

Colbert then went on to dictate his legacy: "I’m not here to brag about having changed the world. I did something much harder than change the world. Folks, I samed the world."

And Colbert said as long as he had the Colbert Nation by his side, he'd do it again just the same. Watch below: