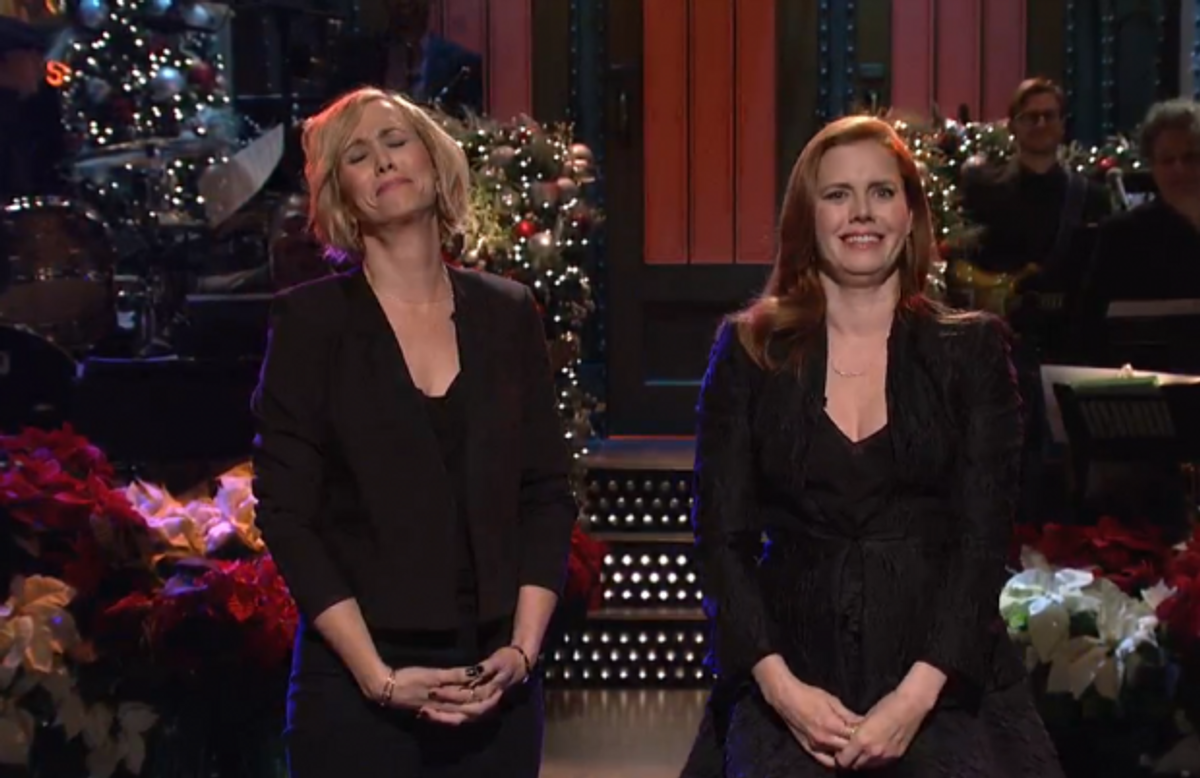 Former "Saturday Night Live" comedian Kristen Wiig may not have been invited to host Amy Adams' monologue last night, but she proved once again that she knows how to steal a show.

As Adams opened her monologue with an attempt to boost everyone's holiday spirit after a generally dreadful year, Wiig -- who left "SNL" in 2012 and also crashed Adams' monologue the first time the actress hosted the show -- made a grand entrance, helped by a crew of hunky reindeer. Wiig's purpose? To show Adams how to do Christmas cheer the right way.

“I’m so, so happy to see you, but isn’t this the second time you’ve crashed my monologue?” Adams asked.

"I’m not crashing!" Wiig protested. "I have just showed up uninvited."

What followed was a spirited debate on the true meaning of the holiday season, enlivened by the comic genius that makes us miss Wiig so much.