In dozens of communities across the country, families are being exposed to dangerous levels of pollution 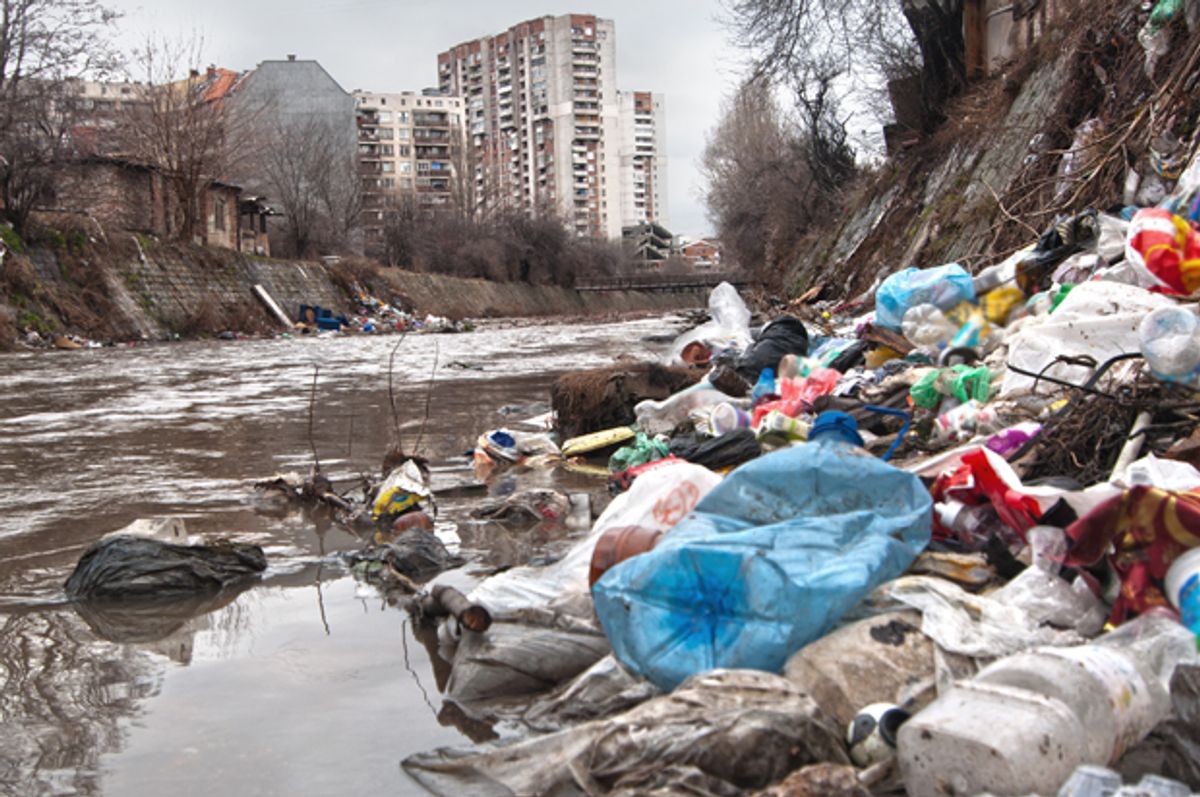 I grew up in a small town in Texas. At least four out of 300 people in my high school graduating class have now died from brain cancer. Is this evidence of a cancer cluster or a coincidence? I don’t know.

I do know that just outside of town, there was an oil refinery and a field where chemicals had been dumped for decades. In the adjacent neighborhood, after residents began to document an elevated rate of birth defects and cancers, the houses were finally bulldozed and the area was declared a Superfund site. At the time, in the early 1990s, this was national news. The toxic chemicals were buried as part of the remediation plan, some of the families were given a settlement, and the situation was “resolved.” Except that these situations are never really resolved.

Sharon Lerner’s recent cover story in the Nation, “Brain Cancer Cases Shot Up in this Florida Town — Is a Defense Contractor to Blame?” details the story of 13 children with brain tumors in a rural area called The Acreage, in the southern portion of the state. The rates of brain cancer in these children were not only five and a half times the average; there were also elevated rates of many cancers in people of all ages. Studies of the area found  radioactive materials and benzene, along with other contaminants in the soil and water.

Richard Clapp, an epidemiologist at the University of Massachusetts, estimates that in the United States there are as many as 100 cases of identified or suspected cancer clusters like the one in The Acreage. There are currently 1,322 sites of contamination on the National Priorities List (the formal name for sites labeled “Superfund”), but that doesn’t include the 385 sites that have undergone remediation, and it doesn’t include many more sites identified by individual states, where oil or other hazardous materials have been deposited.

I don’t know what it’s like to live in The Acreage, but I’m sure that in its way, it’s as particular a place as my own hometown. I’m sure there’s a mother who chose her subdivision for the green trees and nearby creek, and feels irrationally guilty for selecting that house, as if she should have known somehow (although there were no signs anywhere) that the nearby land was contaminated. There’s a father who sunk the family’s savings into the home, and argues with his wife about whether or not they should take a huge financial loss and move away from their friends because of a supposed risk of cancer “which hasn’t even been proven.” There’s a middle-aged woman who has lived here all her life, watched her children grow up in these yards and playgrounds, and does not want to move away. Every time someone talks about “soil contamination” or “cancer,” she sees the value of her home plummet even further, and soon what will be left of her retirement savings? There are men and women who work for the company associated with the pollution. They worry about their own unknowing complicity. And most devastatingly of all, there are parents whose children have become very ill, and there are parents whose children have died.

When I hear about The Acreage, I can’t stop thinking about what daily life must be like after the media focuses its attention somewhere else. Even if a cancer cluster is identified, it’s nearly impossible to legally prove that a corporation’s act of polluting has directly caused those cancers to occur. Cancers usually arise over a number of years, and the potential environmental factors are extremely difficult to track. As Lerner reports, since 1990, only three of 428 investigations into cancer clusters have been able to definitively show a link between the contamination and the illnesses. And what haunts me is that lack of resolution.

Not only is there little chance of punishment for companies who dump toxic waste, but there’s also little chance of residents being able to protect themselves if the locations of contaminated sites are not widely known. Just because the direct correlation between contamination in the environment and a disease like cancer can’t be legally confirmed doesn’t mean that there’s not a very real correlation. “There is very strong scientific evidence regarding environmental causes of cancer,” confirms Madeleine Scammell, a professor at Boston University’s School of Public Health. “Do we know it all? Absolutely not. Do we know enough to be concerned and to take action to prevent exposures? We do.” But we need to learn more. “Especially given the presently poor regulation of chemicals in the United States.”

The residents in communities like The Acreage and my own hometown don’t disappear after the contamination is discovered, after the lawsuits are settled, or after the Superfund sites are named. They don’t just move away. These residents go on with their lives, not knowing what to do with the uncertainty and fear. And there’s another problem, aside from the lack of conclusiveness. As Lerner reports, residents of The Acreage are already reluctant to speak about the cancer cluster, mostly out of worry that that this news will damage property values and threaten the lifeblood of the area.

Here’s what happened in my own hometown. People stopped talking about the catastrophe. Houses have been built again near the former Superfund site. Many of the current residents don’t even know about the subdivision that had to be razed. Whenever I visit, there are stories about several other incidents of cancer, and privately, my friends worry about not only the former Superfund site, but also other unknown toxins that might be buried in land near homes and schools. I love this place. I don’t want anyone to suffer because of loss to property values, but I also worry about what happens when the history of the land is forgotten, and people unknowingly buy homes built on or near contaminated sites, or when decades-old pollution gets into the water supply and more people get sick. “To me, the real worry is not calling attention to this,” says Clapp, “so that future generations would continue to get exposed to things that might harm their health and that might have been avoided.”

We need to tell the stories about how contamination in the environment affects individual lives. These are people we might know and love, or who might one day be us. It’s too easy to become numb to the ugly carcinogen names and data, resigned to another naming of a cancer cluster in a place far away. Without the stories, there’s only a long, eerie, dangerous silence.

Rene Steinke is the author of the novels "Friendswood" and "Holy Skirts," the latter of which was a finalist for the 2005 National Book Award, and is the director of the MFA program in creative writing at Fairleigh Dickinson University.