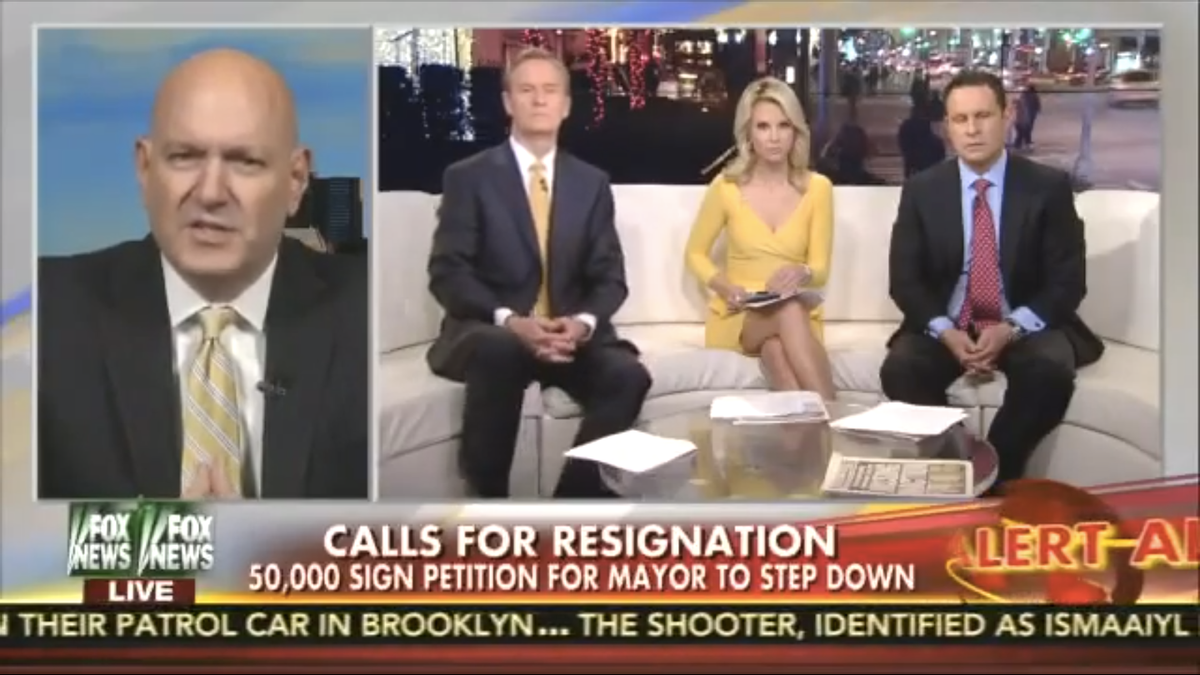 On Monday, trained psychiatrist and professional troll Dr. Keith Ablow appeared on "Fox & Friends" to discuss police policies in the wake of the deaths of Eric Garner and two NYPD officers over the weekend. Ablow was unwilling to examine the near constant stream of accounts of police brutality, and instead used the officers' murder (a horrible tragedy) to condemn Mayor Bill de Blasio's effort at reforming policing in the city.

De Blasio, Ablow argued, "has to, just out of intellectual honesty, assume responsibility for launching a hate offensive against New York police officers."

"And if the mayor says I don't think I'm responsible in any way for someone that took murderous revenge on officers then it is unbelievable," he continued. "This guy has to go or the city is in bad hands."

Host Brian Kilmeade then chimed in, expressing his outrage that de Blasio would dare to institute a program of de-escalation training after Garner's death. "What an insult that is," he said.

Ablow agreed: "The whole policing program with wearing body cameras and the rest of it is an insult to police officers."

What does this commentary have to do with psychiatry? Am I an idiot for still asking how Ablow is qualified to discuss this topic as an "expert"?