From the Emma Stone lip-sync to "House of Cue Cards": The year in Jimmy Fallon

In 2014, the "Tonight Show" taught us that Daniel Radcliffe is a rap god and Kevin Hart hates roller coasters 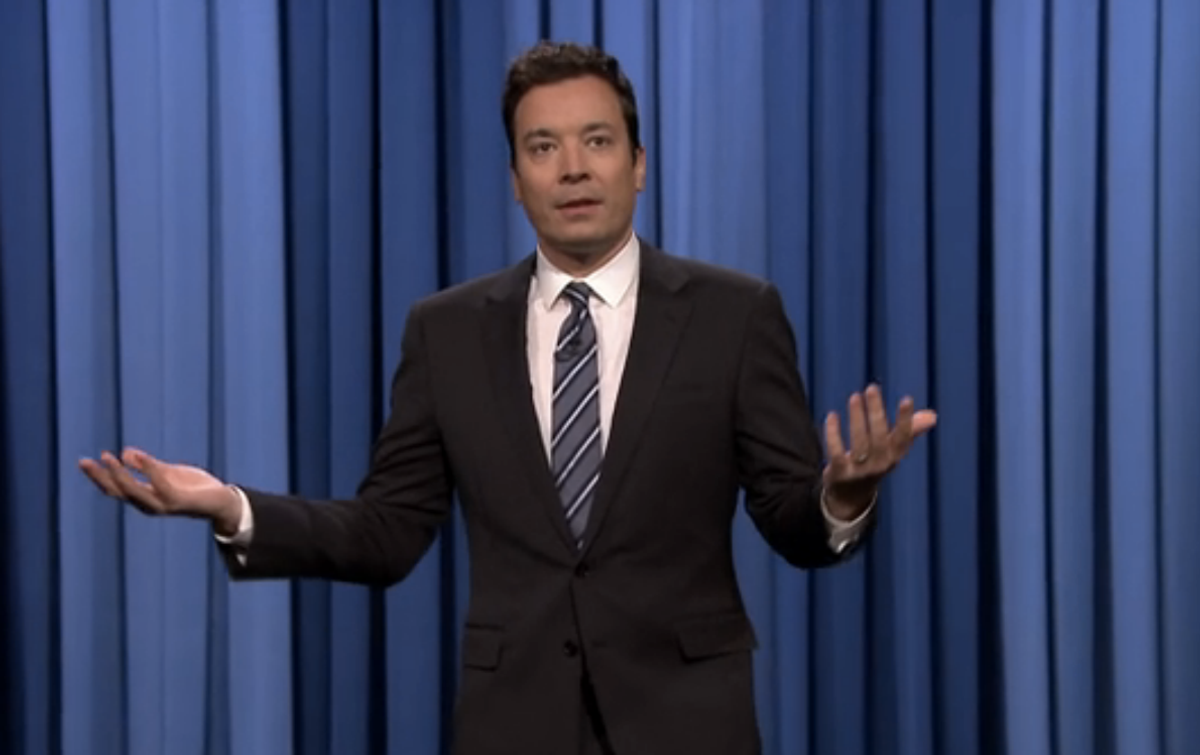 Jimmy Fallon took over "The Tonight Show" in February, and the late night institution has certainly undergone a transformation from its Leno days (RIP, "Headlines"). While Fallon's interviews might not be much to write home about, the cornerstone of the show has increasingly become the viral celebrity segments, in which Fallon gets Hollywood A-Listers to let loose with all manner of wacky games, activities and challenges, from throwing balls at each other's faces to trying to kick a piñata blindfolded. Here are our 10 favorite segments from "The Tonight Show" this year.

1. Lip-syncs are by far Fallon’s most reliably entertaining segment — and are soon to be the focus of their own show —  but nobody has displayed such a mastery of the form as Emma Stone, who displays a natural aptitude for songs ranging from Blues Traveler's "Hook" to DJ Khaled's "All I Do Is Win." This is one for the books.

3. Celebrity late show appearances are the best when you learn something new about the individual in question, like a few months back, when we learned that Daniel Radcliffe is basically a rap god. Watch and delight:

4. Making Kevin Hart ride a roller coaster when he has a phobia of roller coasters was both a hilarious, and surprisingly cruel, segment. Hart’s facial expressions throughout are priceless.

5. There are few things more enjoyable than people unwittingly insulting celebrities ("celebrities") to their face, as we see in this Kimmel-esque segment in which Macklemore's Ryan Lewis asks random hip-hop fans on the street whether they know who Ryan Lewis is and what he does. (Spoiler: Nobody knows). Plus, the fact that Lewis is such a good sport about it makes us like him more, even if we still couldn't pick him out of a lineup.

6. Box of Lies is another good recurring segment, although some players are better than others. Naturally, Jennifer Lawrence was at her charming best in the off-kilter, improvised segment.

7. Fallon doing celebrity musical impressions has been a hit since "SNL," and of course they are best when he can actually get the real band to join in -- like when he sang Iggy Azalea's "Fancy" as Neil Young accompanied by Crosby, Stills and Nash.

8. One of Fallon's weirdest segments, this game simply involves Jimmy and Julia Roberts throwing balls at each other's faces then replaying it in slow motion. There's not much else to say about this one, really:

9. The regular Brian Williams rap mashups, in which Fallon edits footage of the NBC anchor to make him rap popular songs like "Regulate" and "Gin and Juice," have made us see Allison Williams' pop jams in a whole new light.

10. The quality of “Ew” can vary: while at times it’s like an end-of-night "SNL" sketch you wish had been cut, with the right choice of guest stars it can also really shine. Seeing a barrette-wearing, brace-faced Taylor Swift play up her nerdy, high school-reject persona was a sheer joy.