In his annual Christmas address, the pope condemned his power-hungry clergy 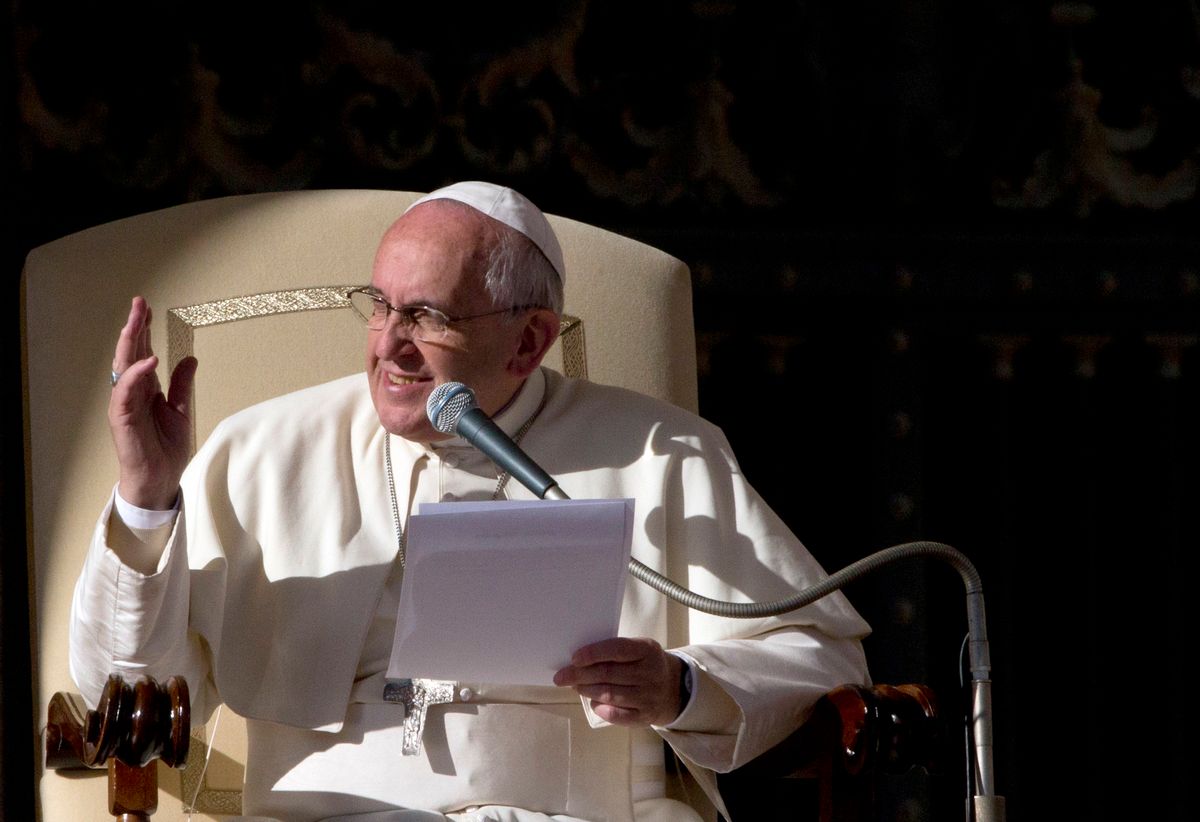 On Monday, Pope Francis delivered the annual Christmas greeting to the cardinals, bishops and priests of the Vatican that was anything but cheery. In fact, the leader of the Catholic institution used the opportunity to shame his clergy for many members' desire for power at the expense of living a religious life -- what he called, "spiritual Alzheimer's."

He spoke of the "terrorism of gossip" which can "kill the reputation of our colleagues and brothers in cold blood." He said that cliques can "enslave their members and become a cancer that threatens the harmony of the body," and that these power-hungry clergy lived lives "typical of mediocre and progressive spiritual emptiness that no academic degree can fill."

"These and other maladies and temptations," Francis continued, "are a danger for every Christian and for any administrative organization, community, congregation, parish, ecclesial movement, etc., and can strike at both the individual and the corporate level."

The cardinals were not amused. The speech was met with tepid applause, and few were smiling as Francis listed one by one the 15 "Ailments of the Curia" that he had drawn up, complete with footnotes and Biblical references.

The annual Christmas greeting comes at a tense time for the Curia, the central administration of the Holy See which governs the 1.2-billion strong Catholic Church. Francis and his nine key cardinal advisers are drawing up plans to revamp the whole bureaucratic structure, merging offices to make them more efficient and responsive.

"The Curia is called on to always improve itself and grow in communion, holiness and knowledge to fulfill its mission," he said. "But even it, as any human body, can suffer from ailments, dysfunctions, illnesses."

Pope Francis, an Argentine, had never worked in the Italian Curia before becoming pope, so many cardinals feel as if an outsider insults what he does not fully understand.

In an interview with CNN's Christiane Amanpour, Vatican watcher Marco Politi said that Francis has also faced pushback for his progressive social views. "Within the Church, there is a tough group of conservative bishops and priests and cardinals, and also very traditionalist bishops and cardinals who are practically against the Pope, who are working against the Pope," said Politi. "They don't like what he wanted to do with the synod about family, to give new possibilities to remarried and divorced people to get the communion, or to have a new look on the homosexual union."