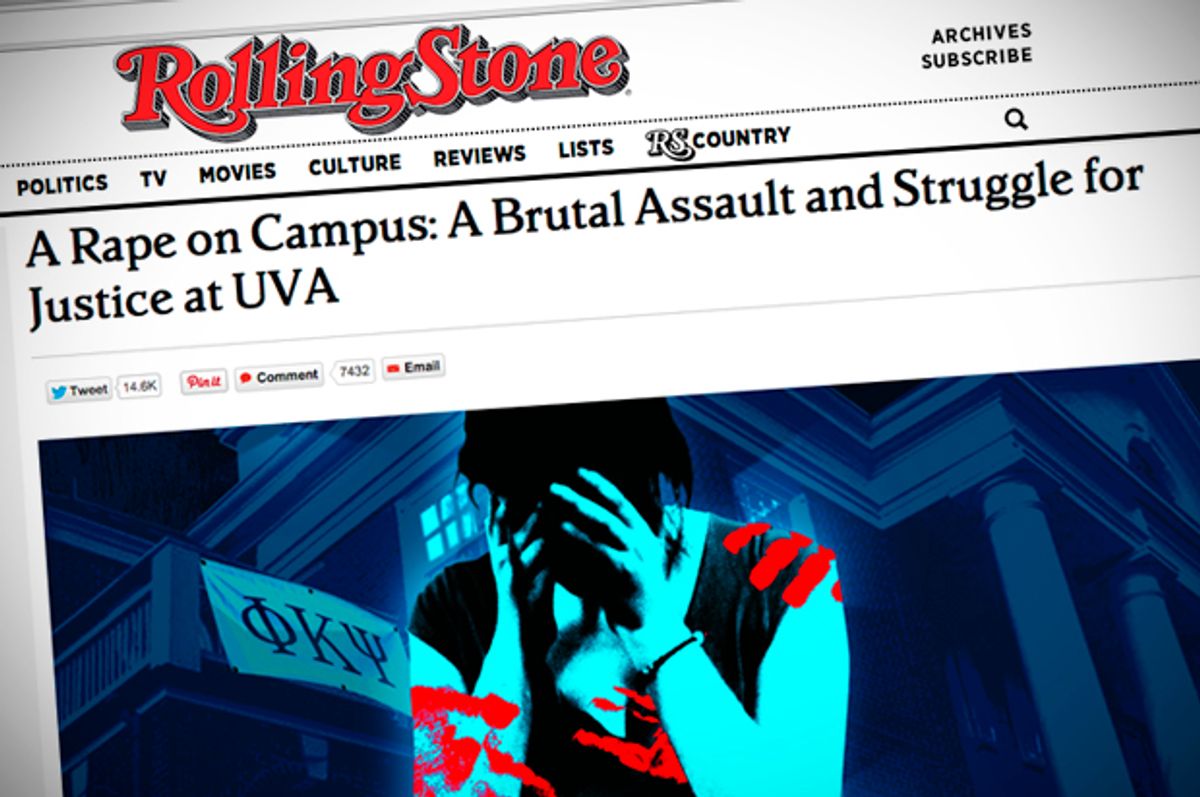 Rolling Stone has asked Columbia University's Graduate School of Journalism to conduct a review of the editorial process behind its feature story on rape culture at the University of Virginia.

In RS 1223, Sabrina Rubin Erdely wrote about a brutal gang rape of a young woman named Jackie at a party in a University of Virginia frat house [“A Rape on Campus”]. Upon its publication, the article generated worldwide attention and praise for shining a light on the way the University of Virginia and many other colleges and universities across the nation have tried to sweep the issue of sexual assault on campus under the rug. Then, two weeks later, The Washington Post and other news outlets began to question Jackie’s account of the evening and the accuracy of Erdely’s reporting. Immediately, we posted a note on our website, disclosing the concerns. We have asked the Columbia Journalism School to conduct an independent review –- headed by Dean Steve Coll and Dean of Academic Affairs Sheila Coronel –- of the editorial process that led to the publication of this story. As soon as they are finished, we will publish their report.