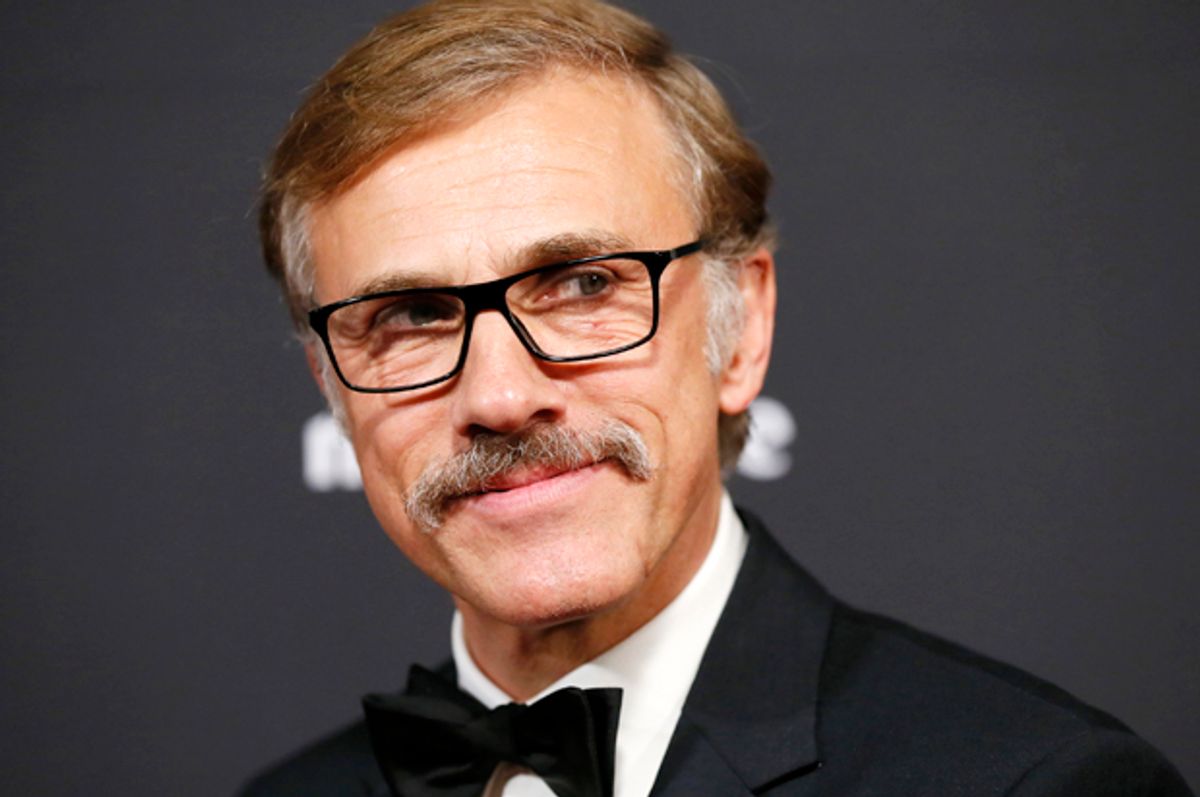 Recently, a piece in The Hollywood Reporter claimed that Christoph Waltz "commandeered" a press Q&A about Tim Burton's new film "Big Eyes," in which he stars as '60s artist (and con-artist) Walter Keane. Turning the tables on moderator David Itzkoff, Waltz responded to his first question by questioning the logic underpinning these sorts of film Q&As altogether: “Can I ask you a question? What’s that obsession or that obsessive insistence on true stories? Why does it have to be true in what we call ‘real life?’ Your questions so far are all about how it relates to what you call truth and real characters," he said, before pointing to the screen above them. "That’s real, that’s our reality, that’s where our stories are...It’s just a question because I really think our work is not the work of biographers; we’re not scientists, we’re not academics. Talking for myself, I’m just an actor, but Tim is an artist. That’s a reality. It’s just not necessarily the ‘reality’ that is used in vernacular terms, or called in vernacular terms ‘reality.’ It’s not unreal when we’re doing it — but anyway, ask your question.”

To the outside eye, this may seem like an interview gone off the rails (THR called it "awkward"). Yet once you've spoken to Waltz, as I did immediately prior to the contentious Q&A, you realize that this is just his way. Waltz is a rare breed of thespian, a sort of old-school philosopher-poet who doesn't believe in simple answer or saying things just for the sake of making chit-chat or avoiding conflict, who responds to every question with a thoughtful treatise on human nature and the state of his craft. Speaking to him in person is a delightful, if occasionally mystifying experience, and the two-time Oscar winner displays a sophistication and verbosity that reminds me of the characters he has become known for playing, albeit without the malevolent streak.

Here are some of Waltz's brief, deep thoughts on "Big Eyes" working with strong directors, and always playing the bad guy:

What drew you to this film? Was the opportunity to work with Tim Burton the major pull there?
When it comes to Tim, first you jump and then you say, ooh, by the way: What is it? In that order, not the other way around. Sure, when I get something from someone I don’t know, I don’t go to the person. I think this personal thing should, in general, be a little reduced. We should condition ourselves slowly more to the thing, and to critical thinking, then the thing becomes more important and relevant and that’s always a good thing. But in terms of artists that you know and that you like and admire, personally it is a little overwhelming.

You’ve worked with a lot of directors with very strong visions -- Tim Burton, Terry Gilliam, Tarantino. Is there something that draws you to these kinds of directors, or are they maybe drawn to you?
I don’t know, maybe there is some synchronicity in events after all. But people with similar interests are drawn to each other I suppose. For me of course it’s interesting to maintain a balance. Because I’m trying not to repeat myself. Which is a lot of work. Because you set patterns and your mind works a specific way and you apply your talents to whatever degree in a specific way, and your experience shapes a personality, so your predilections and idiosyncrasies are pointed to a specific direction. But all that needs to be, I think, regarded with a decent grain of salt and some skepticism so that it doesn’t become a repetition and a pattern.

I know in the past you’ve said it bothers you when people say "Why do you always play the villain?" To my mind it’s less that you’re the villain than these very charming characters who have a dark streak. Do you have some idea why people keep casting you in these roles?
Maybe because I’m interested in that aspect of humankind. And I really am. I think we call people with one character trait boring. I think as people we’re interested in people that have diversity, and that can come from different angles, in various ways. So these one-sided personalities, unless you’re after a specific exploit, they’re not very interesting are they? I couldn’t care less. Or maybe if you need that kind of specific quality for some purpose, let’s say you’re researching something for a piece that you write, then that might be interesting, that’s really the topic. But in a very personal and unspecified relationship the multifaceted personalities are always nicer.

I know that for this role you didn’t take inspiration from the real-life Walter Keane as much as Amy did from Margaret Keane. Why did you choose to invent your own version of Walter?
Well, first of all I think I’m always obligated to the script and the project and the story being told. Then I always say I’m not a biographer, I’m not an anthropologist of any kind, I’m just an actor. I have my toolbox and I’m happy to learn using new tools, but they still have to be actor’s tools.

Walter is not a very good guy, but the movie also gave the sense that he was this kind of genius and visionary, in the sense that this "Big Eyes" phenomenon couldn't have existed without him.
Yeah. Well that really refers back to your first question. You couldn’t possibly tell this story by depicting this man as a complete asshole, because then you don’t have a story. It's very clear that you have a situation, you have the status quo. But for a movie, by definition with movies you need the development, and what is it that draws Margaret to Walter in the first place —it's not that he’s an asshole.

Also, events overtake personalities sometimes, or people with a limited scope of understanding rise to the limit and then from then on it becomes a tragedy because they can’t cope anymore. They can’t deal with the spirits that they evoked because they don't really know what they are doing in the first place, but it goes well for so-and-so long. Well that makes for fabulous stories. You know, "The Sorcerer’s Apprentice," who can’t get the brooms back that do the job for him.

Do you think that Walter really loved Margaret?
That is a very, very touchy discussion because now we really should clarify first what that would be.

What do you mean?
"Real love." That he "really" loves her. But that’s all part of the story. So much of what is really interdependence between two people is even by the people involved perceived as love. It is certainly an emotional involvement. Whether you end up with the definition of love becomes a point of speculation or perspective.

And a little tangential but I have to ask — you’ve stirred up quite a lot of discussion over your role in the next Bond film.
I didn’t stir up, anything, they did!

Right, about whether you’re going to play a certain iconic villain.
No, no. I do my thing and then I see whether it becomes an icon or not.

But will that be Ernst Stavro Blofeld?
Publicist: He’s playing Oberhauser!
Waltz: No [He grins]. Blofeld’s been played.