A 28-year-old orangutan will be relocated to a sanctuary 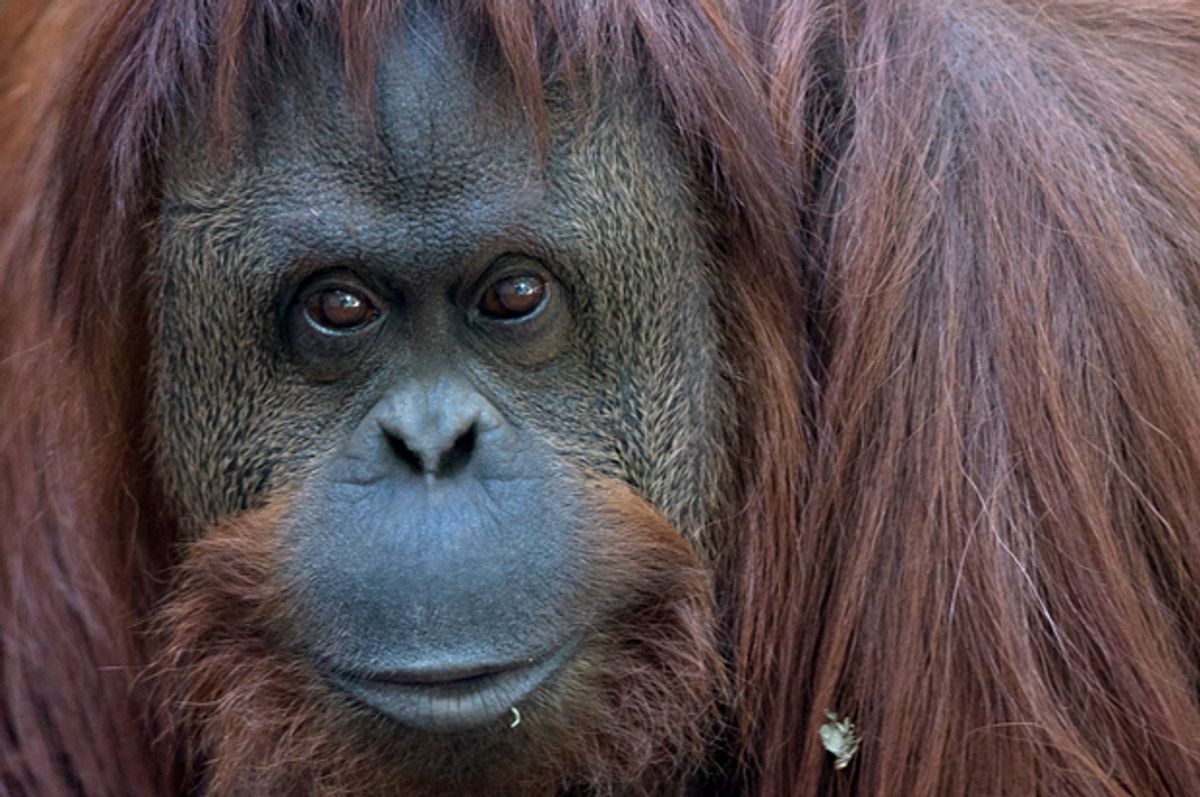 On Monday, an Argentine court officially decided to grant basic legal rights as a "non-human person" to a 28-year-old orangutan named Sandra who has spent 20 years of her life in an Argentine zoo. The case was decided just one month after an animal rights organization filed a habeas corpus writ on behalf of Sandra, who was initially born in captivity in Germany.

"Following a dynamic... judicial interpretation, it is necessary to recognize that the animal is subject to rights, and should be protected," read the ruling.

Having lived her entire life in captivity, Sandra likely could not survive in the wild. Instead, if the zoo does not challenge the decision within 10 working days, Sandra will be sent to a sanctuary in Brazil.

"This opens the way not only for other Great Apes, but also for other sentient beings which are unfairly and arbitrarily deprived of their liberty in zoos, circuses, water parks and scientific laboratories," said lawyer Paul Buompadre, one of the activists who filed the suit, to the La Nacion newspaper.

It sets a precedent that changes the paradigm of animal guardianship and will impact their rights," said Gil Dominguez in an interview with the Associated Press. "From this ruling forward... the discussion will be whether captivity in itself damages their rights."

The case has further relevance due to its similarities to one recently defeated in New York. An organization called the Nonhuman Rights Project sought basic human rights and protection under the law for four privately-owned chimpanzees.

The project's founder Steven Wise was encouraged by the Argentine court's decision. "We intend to bring the Argentine case to the attention of the New York appellate courts immediately," he said in a statement. "We believe it will assist the courts in reaching a similar conclusion for our chimpanzee plaintiffs."