Why doesn't Twitter think these rape and death threats are harassment? 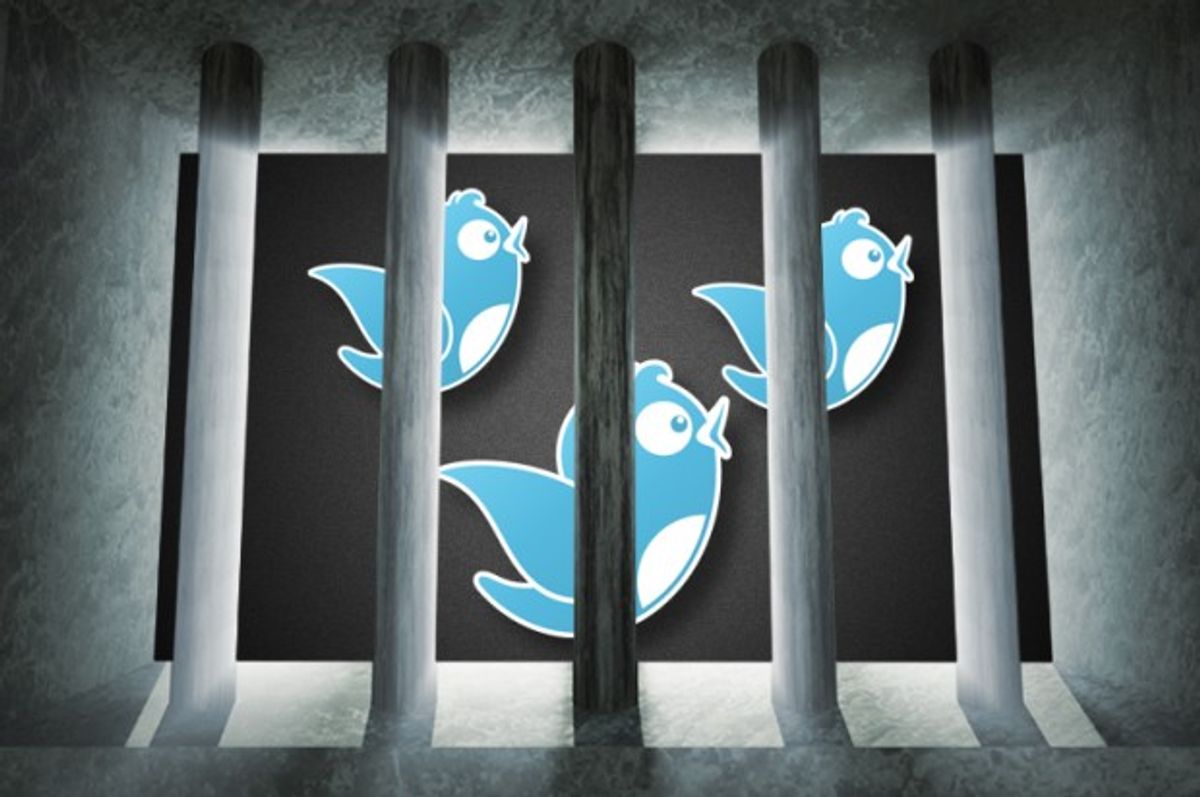 Remember the huge dust-up a few weeks back when certain corners of the Internet lost their damn minds because feminists were working with Twitter to address harassment? Remember how that was supposed to signal the beginning of some new feminist nightmare hellscape where, I don’t know, people actually listen and care when women receive rape and death threats? Remember how it was supposed to be the dawn of an era of feminist tyranny where feminists get to control everything and men can only feel sadness and eat dirt for the rest of their lives?

Turns out those guys might have overstated their case a bit. Turns out that Twitter is still a rotten place to be a woman.

Lindy West, writing at the Daily Dot, has a really powerful, really horrifying piece about the rape and death threats she’s received and reported only to be told by Twitter that they aren’t harassment.

Users may not make direct, specific threats of violence against others, including threats against a person or group on the basis of race, ethnicity, national origin, religion, sexual orientation, gender, gender identity, age, or disability. Targeted abuse or harassment is also a violation of the Twitter Rules and Terms of Service.

And here’s a brief sampling of what West and other feminist writers have been told in recent weeks that Twitter doesn’t think violate that policy:

CHOO CHOO MOTHERFUCKER THE RAPE TRAIN’S ON ITS WAY. NEXT STOP YOU.

In another example pointed out by West, Chuck C. Johnson threatened to doxx a woman, then doxxed a woman. He was reported many times over. I’ll give you one guess as to whether or not he still has a Twitter account. (Did you guess that he does? You guessed right.) This kind of dangerous and vile bullshit isn't unique. Women, particularly women of color and LGBTQ women, regularly receive this kind of harassment.

Progress is slow. Women are working hard to bring Twitter into compliance with its own standards. Regular users are patiently working with existing processes, dedicating time and energy to report accounts that threaten them. Because they hope it might pay off, that the harassment against them might end and that maybe others won't be harassed.

West talked to Soraya Chemaly, who has been working with Facebook for two years to address its problem with harassment, to get her perspective on where Twitter is in its own process:

I’m two years in, working with Facebook and they are making a good-faith effort to address what I would characterize as normative challenges. Two years ago, posting rape threats as “controversial humor” was acceptable, and now it is no longer acceptable. … Twitter is at the beginning of that process, where they are examining the impact of their policies or lack of policies.

Their free speech absolutism is very costly speech. It actually isn’t free at all for so many of us. I think there are people at Twitter who understand and are grappling with how to reconcile it with their corporate ethos. They are engaging with us. It is extremely slow and extremely opaque. However, I would say that a year ago, none of this was happening.

Chemaly is right to point out what's changed in a year. And it’s important to recognize the work that's being done to protect women's free speech and our basic ability to exist in public. But it’s in moments like these, when it’s clear how far we have left to go to reach even a minimum standard of safety for women online, that it feels like change can’t come fast enough.