"The Nutcracker's" disturbing origin story: Why this was once the world's creepiest ballet

From pedophilic godfathers to gruesome seven-headed mice, the first versions of the classic ballet were — different 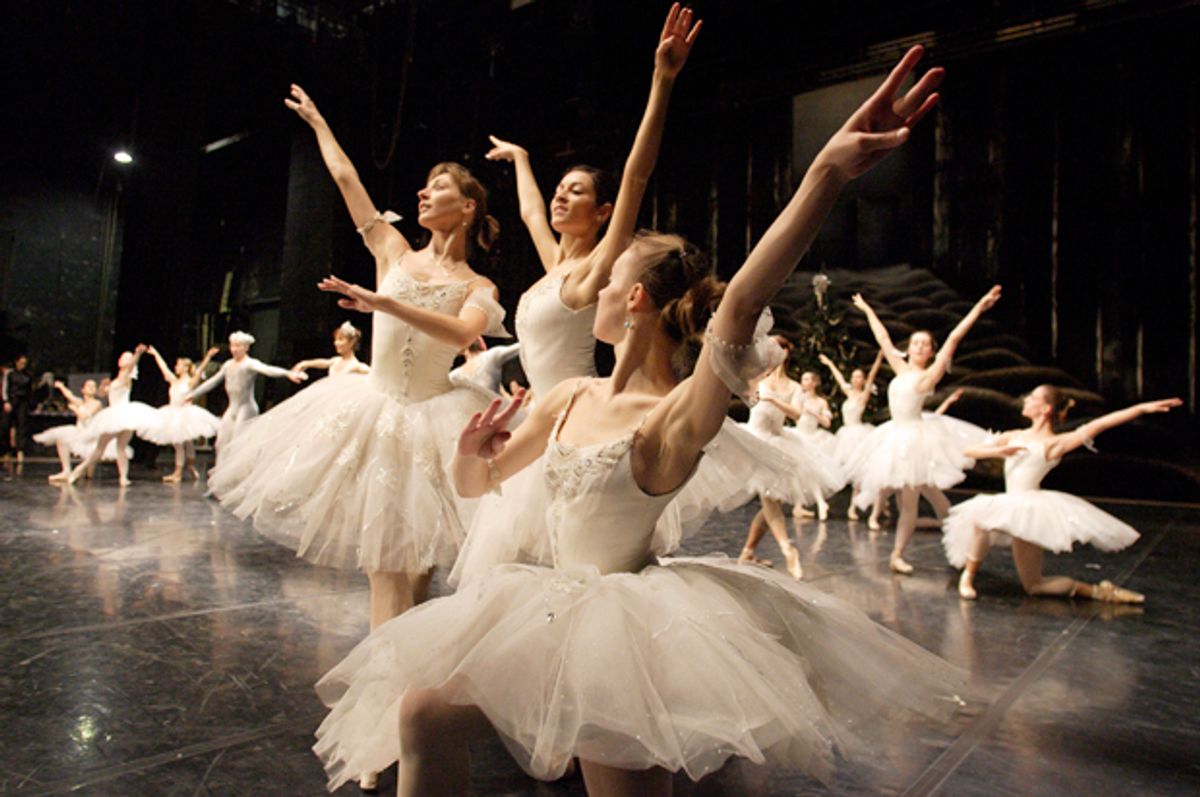 Having danced "The Nutcracker" daily from September to December for 11 years in various roles, I find it difficult to remember hearing the opening strains of Tchaikovsky's ballet for the first time. But of course it once was heard for the very first time, one week before Christmas in 1892, by the sold-out audience of the Maryinsky Theater in St. Petersburg, Russia. The now-beloved and perhaps overly familiar holiday ballet premiered as a double feature with Tchaikovsky’s opera "Iolanta," with Czar Alexander III in attendance.

Depending on whom you ask, the critics ranged from lukewarm to downright hostile in their reviews. The choreography was dismissed as “confusing” in some scenes, the libretto was deemed “lopsided,” and the grumpy reviewer sent by the St. Petersburg Gazette called it “the most tedious thing I have ever seen.” When the revolution broke out a few years later, the theater stopped performing the ballet altogether, and many dancers lost their jobs. How, then, with such an unpropitious beginning, did "The Nutcracker" become the most performed ballet of all time, and a holiday tradition for even non-balletomanes?

E.T.A. Hoffmann’s 1816 fairy tale, on which the ballet is based, is troubling: Marie, a young girl, falls in love with a nutcracker doll, whom she only sees come alive when she falls asleep. In one gruesome battle between this nutcracker prince and the seven-headed mouse king, Marie falls, ostensibly in a fevered dream, into a glass cabinet, cutting her arm badly. She hears stories of trickery, deceit, a rodent mother avenging her children’s death, and a character who must never fall asleep (but of course does, with disastrous consequences). While she heals from her wound, the mouse king brainwashes her in her sleep. Her family forbids her from speaking of her “dreams” anymore, but when she vows to love even an ugly nutcracker, he comes alive and she marries him. The two of them leave her real life forever to live in the doll kingdom. Marie is a specter of a character, a girl who exists only to take care of her imagined prince, a girl who vanishes, disempowered and subjugated, to a kingdom ruled by dolls.

A later legend says that in 1844, Alexandre Dumas (of "The Three Musketeers" and "The Count of Monte Cristo" fame) adapted the story on the spot for a younger audience. At a holiday party to which his daughter had been invited, a band of children tied Dumas to a chair after he had nodded off, demanding an impromptu story. He wrote the same story down for publication, and the version of "The Nutcracker" most audiences are familiar with today was born of Dumas’ "L’histoire d’un casse noisette."

Nearly 50 years later, the Russian Imperial Theatre’s director hired Peter Ilyich Tchaikovsky and Marius Petipa, the chief ballet master, to collaborate on a new commission based on the French story he had read. Tchaikovsky accepted the offer to write the now-famous score, but only so he could also work on his opera "Iolanta," which debuted on a double bill that same night. He reportedly wrote the music to the Grand Pas de Deux on a bet (his friend wagered that he could not write a piece of music based on the notes of the octave in sequence). Ballet master Petipa fell ill for the duration of rehearsals, and the real choreographic work fell to his assistant.

Because Tchaikovsky’s and Petipa’s previous collaboration, "The Sleeping Beauty," had been so successful, "The Nutcracker" sold out on opening night, Dec. 18, 1892. Reactions to the new ballet were varied. The czar himself was delighted with the performance; however, it was deemed foolish by critics and audience members — too childish for adults, with no clear connection between the first and second acts. The music was dismissed as “too symphonic,” and even Tchaikovsky’s brother criticized the original sugar plum fairy, Antoinette Dell’Era, calling her “pudgy” and “corpulent.”

Some years after the failure of the opening performance, at the onset of the 1905 Russian Revolution, dancers in the Maryinsky theatre largely fled Russia. The original "Nutcracker" prince, Sergei Legat, fell out with authorities and slit his throat. The ballet and its dancers were all but forgotten. When the Maryinsky dancers were forced to scatter across Europe, they introduced a great deal of Russian high culture to the West, including, eventually, "The Nutcracker." In 1927, it showed up in Budapest. By 1934 it had made its way to London, and 10 years later, the San Francisco Ballet staged its own version, based on the original choreography.

Walt Disney used Tchaikovsky’s entire score in "Fantasia" in 1940. With the Disney treatment, the music became instantly recognizable to American audiences, and today maintains the rare distinction of being classical Christmas music that has nothing to do with Christianity.

It wasn’t until 1954 that "The Nutcracker" really captured American audiences. With his new company, New York City Ballet, dance pioneer George Balanchine resurrected the ballet he had learned as a student in at the Maryinsky Theater as a young boy: "The Nutcracker." He used the original story and his Russian technical training, but appealed to his audience’s imagination with his revolutionary ideas about art. He maintained, for example, that there should be equal numbers of dancers of color and white dancers onstage — something the contemporary dance world has yet to reconcile.

"The Nutcracker" remains, for most companies, a necessity — the show that consistently draws a crowd and keeps the lights on — though today’s productions have perhaps as many questionable components as the 1892 debut. Pacific Northwest Ballet’s version includes a pedophilic godfather Drosselmeyer, who gives Marie the nutcracker doll and lustfully pouts when she falls in love with the doll rather than with him. Even the most famous televised production, which starred Mikhail Baryshnikov and Gelsey Kirkland, had drama behind the scenes. Kirkland detailed her drug addiction and severe eating disorders, as well as her tempestuous relationship with Baryshnikov, in her memoir "Dancing on My Grave."

What accounts for the extraordinary popularity of "The Nutcracker"? The beloved ballet portrays children, is for children and makes use of children, providing the ideal showcase for ballet schools. There is a role for every age, from the tiny gingersnaps to the pre-professional and professional Dew Drop and Sugar Plum Fairies. Christmas encourages belief in magic against all reason; Santa fits down the chimney, and the little girl onstage falls in love with a doll that comes to life. The ballet, set at Christmas, propagates every Western message about the holiday season against a backdrop of music that even those who have never seen it can hum. "The Nutcracker" assures us we don’t need Santa for a magical Christmas celebration.

To date, more people have seen "The Nutcracker," and more companies have performed it, than any other ballet. Most dancers — myself included — spend their careers cycling in and out of the production, often with minimal choreographic changes from year to year. Balanchine suggested other choreographers keep the ballet fresh by doing things their way, but audiences have largely decided that a more traditional performance is here to stay. "The Nutcracker" overcame its initial failure through revolution, defection and adoption. Despite lingering messages about female disenfranchisement, its beloved music and inclusive theme of Christmas magic provide an escape from the tedium of the commercial holiday season, securing "The Nutcracker" a place in the pantheon of Western art.