How to win Christmas arguments: Salon's guide to defeating your crazy right-wing uncle

Your right-wing uncle is all excited to talk about politics this Christmas. Lucky you! 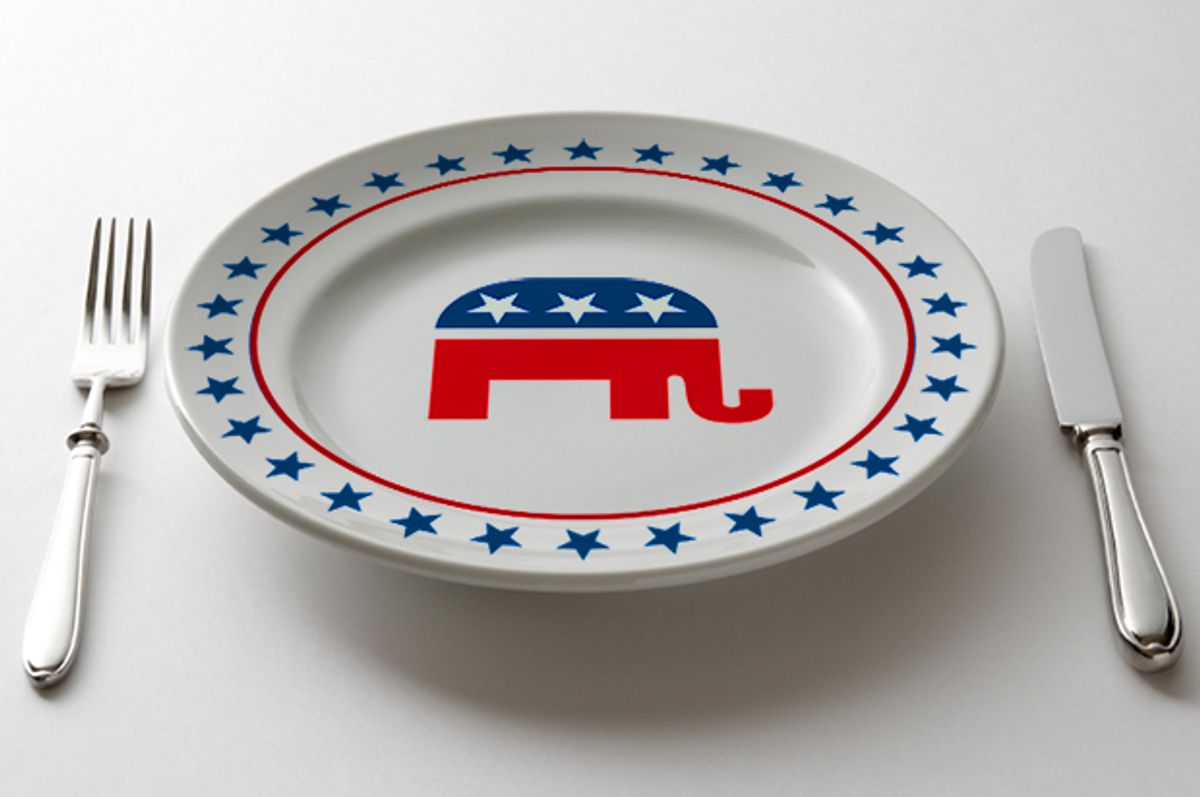 Last time you saw your crazy right-wing uncle was over Thanksgiving, when you both joined Grandma in the attic to smoke meth in honor of the Pilgrims and their friends, the Native Americans. Everyone sort of fled quietly the next morning, hoping not to see each other for a very, very long time after what all agreed was a regrettable moment. But because the American holiday calendar is weird, you -- at least you Christians and various other non-religious people who nevertheless enjoy trading consumer goods wrapped in decorated paper with relatives -- may be gathering once again with your extended family only a few weeks later.

Say you're sitting around the tree on Christmas morning and opening presents. You mostly give people gift cards of varying denominations, depending on familial proximity, because what the hell is Christmas presents between adults even about? It's a mandatory cash transfer among family members, so you figure you might as well give the closest thing there is to cash without it being actual cash, even though that would be better, if people just took out their wallets and exchanged equal amounts of cash, to show off the absurdity of it all ...

... So anyway, you give your uncle his $25 iTunes gift card. You hope that he will give you a $25 iTunes gift card in return, the equivalent of neither of you giving each other anything but instead shaking hands and pledging to spend $25 on the iTunes store, because it's sort of funny when you think about it like that.

But nope, the gift you're getting isn't a slender parcel of about 10 square inches. It's has the width and length of a book and the depth of one really long book. Is your uncle giving you "War and Peace"? Peculiar choice, but OK, been meaning to get around to that at some point. You start unwrapping. Oh wow, it's several books -- quite the expenditure. It's ... it's ... a Bill O'Reilly book bundle! "Killing Jesus," "Killing Lincoln," "Killing Kennedy" and a second copy of "Killing Jesus."

"One for you to give out to one of your commie friends," he says, chuckling.

What an elaborate way for him to imply that he wants to continue talking about politics at this family gathering. Ugh, just get it over with ...

So now Osama bin Bama's making kissy with the Castro brothers, the Cuban Communists. You see him surrendering to the Communists? He'd love to turn us Communist; he already has.

He reestablished diplomatic relations with an island country 90 miles miles away, although he can't fully end the embargo without congressional sign-off. Since the embargo has been in place for over 50 years and the Castro regime hasn't gone anywhere, maybe it's time to admit that the policy was a failure and try something else? It's not like it's been much of a pawn in the global chess match since the end of the Cold War. Plenty of presidents have only kept the embargo in place because they were worried about losing Florida's electoral votes, but attitudes in the Florida exile community aren't what they used to be. It was a policy continued out of nothing more than its own inertia.

Ha, yes, having Cuban cigars is a thing that people who don't smoke cigars pretend to care a lot about, yes, very good.

But how do you feel about your beloved Comrade Obama telling a great American company like Sony to cancel that movie with those two stoner-fart idiots because North Korea told him to?

That whole story is insane and reeks of cowardice and idiocy in equal doses. It also has nothing to do with Obama.

I'll be the judge of that, and I says it's Obama's fault.

Seems more like a choice by a multinational corporation with a fiduciary obligation to protect its shareholders against huge liabilities in the wake of a possible terrorist attack, which won't happen -- the North Koreans are just crazy shit-talkers -- but if it did happen, hoo boy. And you know what else would happen in the .00000001 percent chance that a movie theater showing this film was attacked?

I'd probably blame Obama for weakness, because that's what I, this ludicrous stock character, tend to do.

So who's it gonna be, is it gonna be Jeb versus Hillary? I have hated Hillary Clinton with the deepest passion for 20+ years for vague hand-wavey reasons, and Jeb is the worst sort of RINO.

Maybe. It's hard to see it not being Hillary Clinton for the Democratic nomination? It's harder to tell how well received Jeb, who hasn't run a race since 2002, will be in the hilarious context of the current Republican Party. Who are you rooting for?

Ben Carson, at least if Trump's not running.

He's just trying to promote the new season of "The Celebrity Apprentice."

Can't rule it out!

Yes, you really can rule it out.