From “Boogie Nights” to “The Hudsucker Proxy”: Non-rom-coms to watch on New Year’s Eve

You fended off all invitations for “Love, Actually," and now you're supposed to watch "Sleepless in Seattle"? 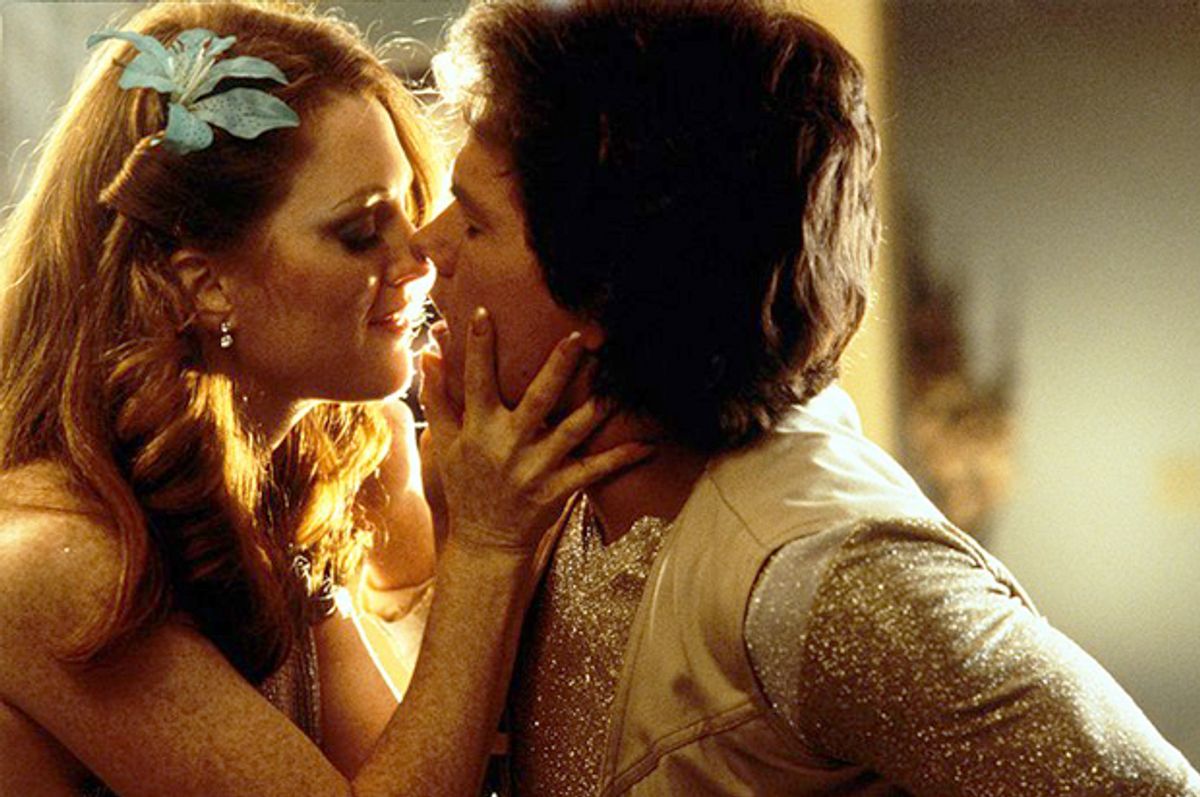 The romance hype around New Year’s Eve is at maximum overdrive, and movies, from the big kiss finale of "When Harry Met Sally" down to the tedium of Garry Marshall’s knock-off vignette anthology “New Year’s Eve,” have long served as a reminder that if you aren’t coupled up by midnight on Dec. 31, you've failed. But if you’re not in the mood for a rom-com this week, there are other options. Maybe because a new year promises a fresh start, plenty of movies also use New Year’s Eve to examine work and our feelings about it. Spoiler: It’s rarely good news, from the tsunami capsizing a luxury liner in “The Poseidon Adventure” to Michael Corleone sealing Fredo’s fate in the family business with a kiss. Nothing ratchets up the tension like a dramatic "ten-nine-eight..." finish. Here are five satisfying New Year’s Eves that make no claims to romance.

Despite the preponderance of disco-themed “Boogie Nights” New Year's Eve parties at cheesy nightclubs, New Year’s Eve in Paul Thomas Anderson’s 1997 homage to chosen workplace families isn’t exactly a lighthearted romp through confetti and champagne toasts. Anderson foreshadows the disintegration of Jack Horner’s dishabille pornscape at Jack’s New Year’s Eve party. On the eve of 1980, sweet and awkward Scotty makes a romantic pass at his co-worker, leading man Dirk Diggler. (“Can I kiss you on the mouth? Please let me.”) Dirk rebuffs him, leaving Scotty sobbing in the driveway inside his beautiful new car. Philip Seymour Hoffman is heartbreaking in this scene, utterly vulnerable, then devastatingly undone.

Out-of-work screenwriter Joe Gillis stumbles upon reclusive silent film star Norma Desmond’s mansion and ends up living there, working on her screenplay for a trash film about Salome in this classic 1950 Billy Wilder tragedy. Hey, it’s a living. Norma’s a little unstable, but Joe thinks he can manage the situation. On New Year’s Eve, he comes downstairs to find Norma’s New Year’s Eve party empty, save the string quartet, an underworked bartender and one very devoted butler. Norma wants to tango. Joe doesn’t have a choice. As he leads her around her tiled dance floor, glancing at his watch, Joe wonders aloud where her other guests are. “There are no other guests,” Norma trills. “We don’t want to share this night with other people.” Joe takes off, but the butler lures him back with news that Norma has attempted suicide. Career lesson: Reclusive silent film star mansions don't have workplace harassment policies.

An Ivy League scion and a fast-talking street hustler trade lives courtesy of two cold-hearted wealthy brokers testing their theories on nature vs. nurture. The powerful Duke brothers ruin their well-educated protégé Louis Winthorpe (Dan Aykroyd) and install small-time criminal Billy Ray Valentine (Eddie Murphy) in his place at their Philadelphia brokerage firm. Fed up with the Dukes’ manipulations, Winthorpe and Valentine team up to take the brothers down, plotting a daring heist on New Year’s Eve to swap out an orange crop futures report bound for the Dukes with a decoy. It’s a classic triumph of scrappy underdogs over soulless market tycoons. Career lesson: Insider trading of the sort that they engaged in wasn’t illegal in commodities trading in 1983, but it is now, thanks to the Eddie Murphy Rule.

Joel and Ethan Coen’s stylish and underrated fable about the seductive dangers of empty success stars Tim Robbins as Norville, a naïve mailroom clerk who is catapulted to the head of the mysterious Hudsucker Corporation after its president jumps to his death from a boardroom meeting window in an effort by the conniving board president to devalue the company’s stock. When he stumbles upon success, despite his inexperience, with the invention of the hula hoop, Norville falls prey to the same existential crisis that befell his predecessor. On New Year’s Eve, Norville is saved by a couple of the Coens’ divine interventions. Jennifer Jason Leigh is fantastic as a wisecracking dame reporter assigned to write his profile, but this isn’t a romantic film; it’s a rebirth story about a comeback from the ledge of obsession and vanity. “I have let my success become my identity, I have foolishly played the great man, and watched my life become more and more empty as a result” is the film’s mid-air word of warning. Career lesson: Always be nice to the maintenance staff.

While it lacks the cohesion and the energy of the original, the “Ghostbusters” sequel does revolve around a supernatural plot to end the world on New Year’s Eve courtesy of a 16th-century sorcerer and genocidal madman named Vigo the Carpathian who’s been trapped inside a painting at the fictional Manhattan Museum of Art until he possesses a nebbishy art historian and runs amok through New York. And it’s a comeback story. The Ghostbusters, broke and disgraced at the beginning of the film, not only save the world, they do it by striding through Manhattan inside the Statue of Liberty’s crown, harnessing an inexplicable amount of New Yorker goodwill, and dispensing with a ton of regulatory roadblocks and government interference on the way. There is a minor romance subplot between Sigourney Weaver’s Dana, who went with her fallback career as an art restorer after her symphony gig went belly-up, and Ghostbuster Peter Venkman, but it’s Bill Murray, so you get the sense that they’re headed for a gently melancholy, alienating breakup anyway. Career lesson: Carpathian megalomaniacs make terrible bosses.