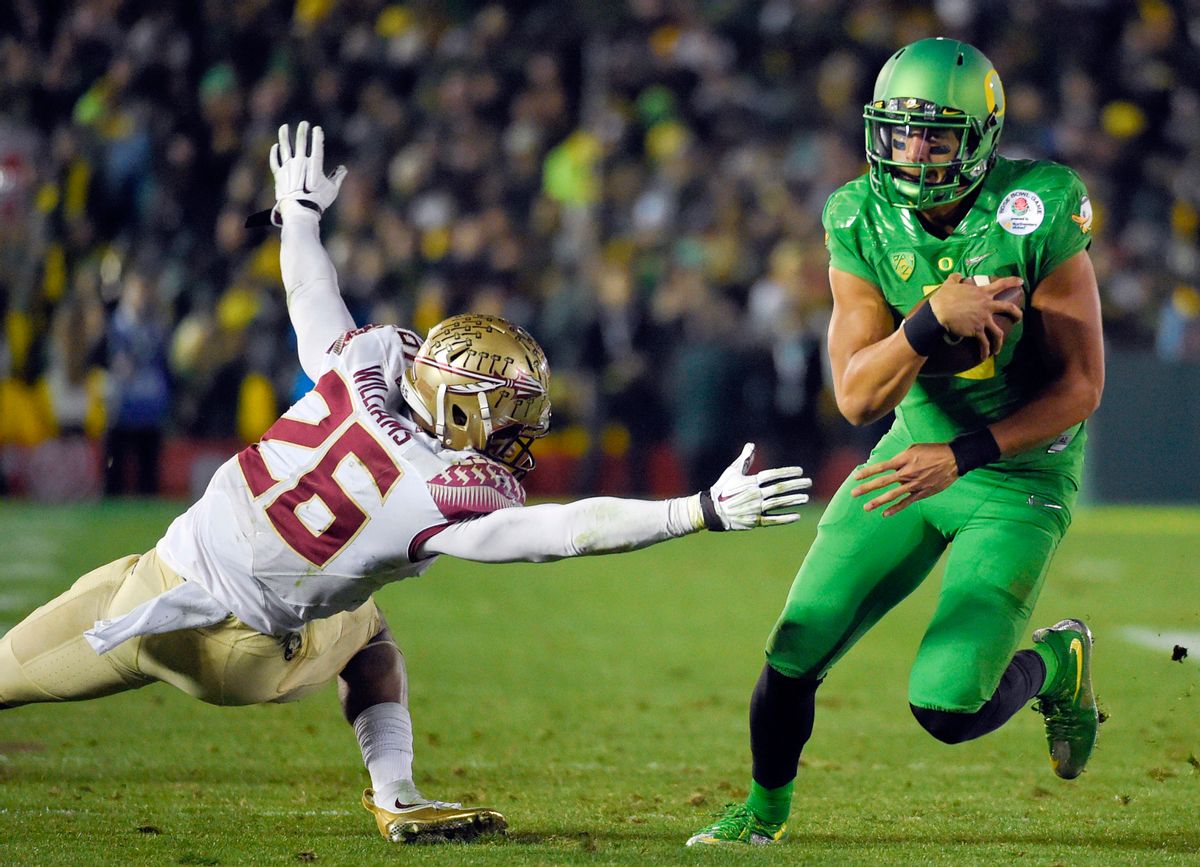 1. 'A LIVING HELL' FOR SLAVES ON REMOTE SOUTH KOREAN ISLANDS

Slavery thrives on a chain of rural islands off South Korea's rugged southwest coast, nurtured by a long history of exploitation and the demands of trying to squeeze a living from the sea.

2. GRIEVING RELATIVES IDENTIFY BODIES OF LOVED ONES AFTER STAMPEDE

3. INDONESIAN PASSENGER 1ST TO BE IDENTIFIED FROM AIRASIA CRASH

Hayati Lutfiah Hamid, a passenger aboard Flight 8501, became the first victim of the crash to be returned to her family, one of many painful reunions to come.

Finding the wreckage of AirAsia Flight 8501 gave relatives of those lost anguish and grief, but they also provided the answers that other families have sought in vain for nearly 10 months.

An appeals court ordered the retrial for the three men held for over a year on terror-related charges, raising hopes that the case that brought a storm of international criticism is on the way to being resolved.

The former Florida governor has resigned all of his board memberships — both nonprofit and business — in a move that helps clear a path toward a 2016 campaign.

The entire Democratic Party is working under the assumption that Hillary Clinton will run for president. But if she decides not to, Joe Biden and Elizabeth Warren are among other possible top candidates.

8. WHY GOVERNMENT SCIENTISTS ARE RUNNING A FAKE BAR

In a darkened laboratory complete with bar stools and tap, National Institutes of Health researchers are testing new generations of treatments to help people cut back on alcohol.

Arthur Lampitt of Granite City, Illinois, smashed his 1963 Thunderbird into a truck. This week during surgery in suburban St. Louis, a 7-inch turn signal lever from that T-Bird was removed from his left arm.