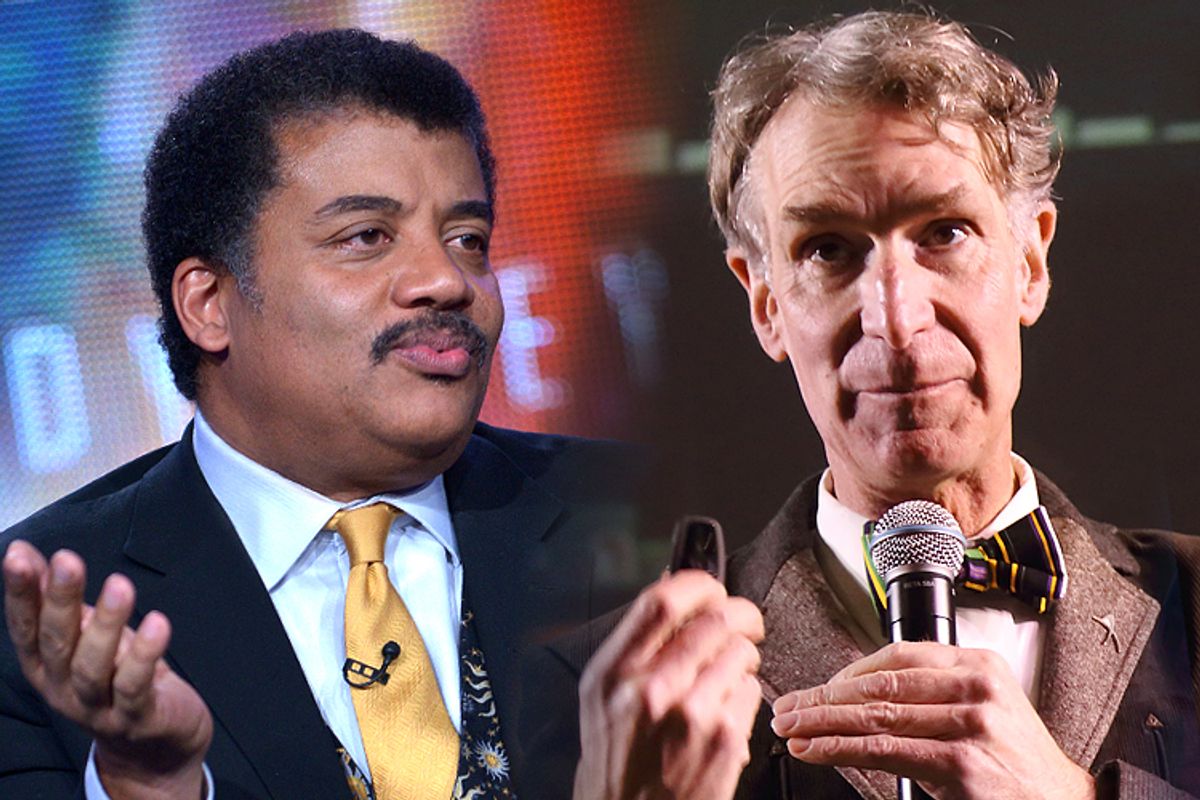 In an extended episode of Neil deGrasse Tyson's podcast "StarTalk" -- beyond a discussion about pseudoscience -- there are several minutes of off-the-cuff discussion between guests Bill Nye, Chuck Nice and Elise Andrews. The four were guests on "StarTalk "at the end of 2014. Recently, StarTalk posted the entire interview as an "extended classic."

The theme of the episode was pseudoscience, and at the 50 minute mark, the discussion veered towards Bill Nye's debate with creationist Ken Ham, as well as the Pope's recent comments accepting the Big Bang.

"So why did the Pope go out of his way to mention this now?" Nye wondered.

"I don’t know, I find it really bizarre," responded Andrews, who writes for "I Fucking Love Science." "It kind of cracks me up anyway. I mean, American evangelists, when the Pope thinks you’re taking the Bible too seriously, it might be time to rethink your life choices."

Listen to the entire podcast below, or if you're so inclined, fast forward to the 50 minute mark to hear some of the extended talk.