Mario Cuomo's other colors: How a little-known 2001 story reveals his approach to politics & family

The liberal icon is rightly remembered for his soaring rhetoric and optimism. I'll always recall this anecdote, too 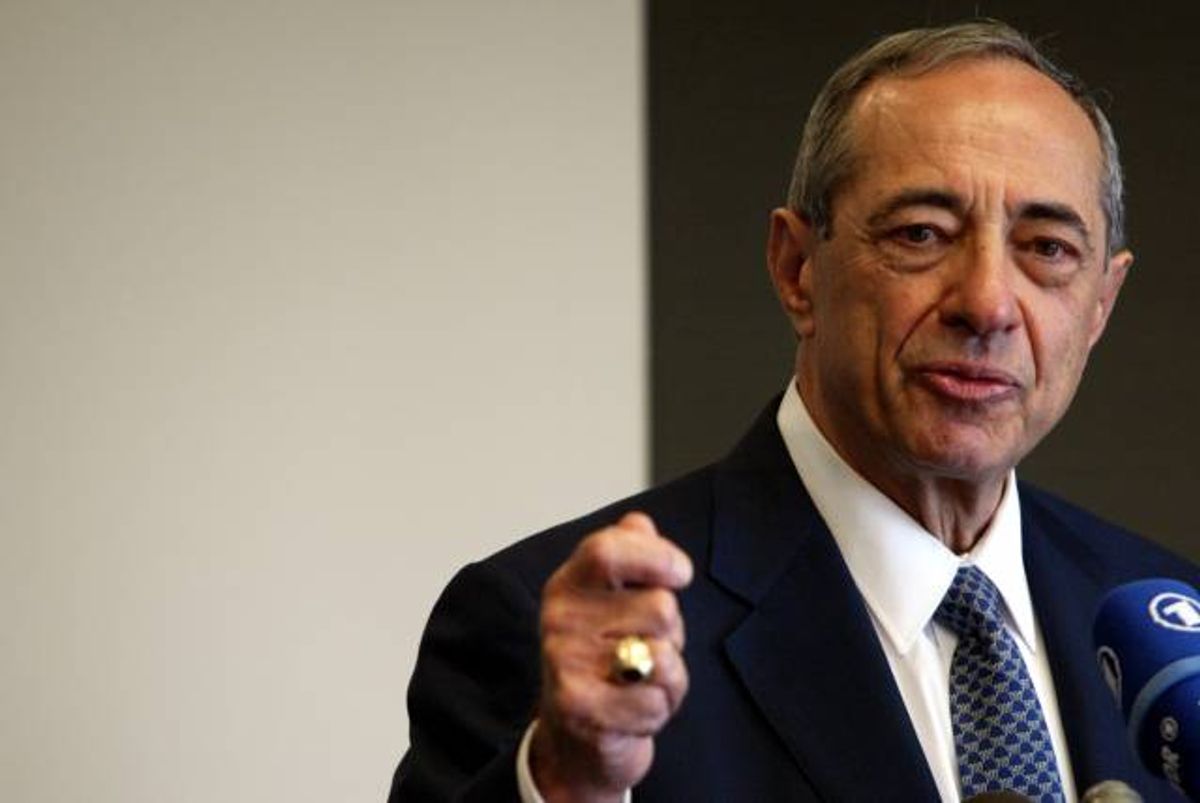 Amid the wave of eulogies and obituaries today, much has been said of Mario Cuomo's eloquence and principled commitment to revitalizing liberal America. The 1984 speech. The stalwart capital punishment opposition. The shelves packed full of philosophy tomes.

All crucial parts of his legacy. But there are other sides and virtues to the man worth remembering, as well.

I'm reminded this morning of a story that took place a little more than thirteen years ago. It was the fall of 2001 and the race for New York City mayor was thought to be narrowing to two long-time city Democrats, Mark Green and Fernando Ferrer. Given the makeup of the primary electorate, the two candidates were fighting to convince voters each was the more authentic liberal (after 9/11, they would also argue over who was best suited to rebuild the city). Republican Michael Bloomberg, at the time, was seen as a half-serious mogul biding his time, waiting for the general election.

I was working as a junior aide for Green at the time, and one of my roles on the campaign was helping top aides with things like call lists (and trying to sneak in some precocious strategic advice when I could). As Ben Smith recalls, with a Democratic primary in New York City down to the wire, there was one political figure whose endorsement everyone wanted. One endorsement that, along with that of the New York Times, would immediately signal to voters that you were the candidate of liberal principle and integrity. That person was, of course, Mario Cuomo.

The campaign was courting Cuomo relentlessly, as I'm sure Ferrer's was, as well. So it was a surprise to turn on the TV one day and see Cuomo tell an interviewer he wasn't sure if he would endorse in the race because, he claimed, no one had asked for his support. Of course, we knew this to be plainly untrue. Cuomo was literally at the top of the list of endorsements for the campaign and few political priorities were more urgent.

But Cuomo, perhaps remembered most for his oratory or ideology, was also a shrewd tactician and devoted family man. And he had his reasons for fudging the truth in this instance.

The former governor, in fact, was inclined to support Green, but he was holding out until he could execute the arrangement he wanted. Ultimately, he told top aides he would do an event detailing his endorsement at a City University of New York auditorium, but he wanted one thing first. The aides would have to talk to his son Andrew first and work out an arrangement that satisfied him.

The younger Cuomo was, at that time, plotting his first run for governor in 2002. There was no explicit quid pro quo -- Mario endorses Green, and Green then endorses Andrew -- but the younger Cuomo declared to Green aides that this would mark "the beginning of a relationship" between the families. Content with the conversation his son had -- or content that his son was content with the conversation -- the older Cuomo kept his end of the deal and backed Green in an event that highlighted his commitment to liberal values.

Green would win the primary after a bitter runoff, but ultimately lose to Michael Bloomberg a few weeks later. Which meant that his endorsement would be of less value the next year when Andrew ran (and lost), anyway. In an interesting side note, Green and Andrew Cuomo would face off in 2006 as opponents for New York Attorney General, a race Cuomo would easily win on his way to two terms as governor.

So, while the Green deal ultimately amounted to very little politically -- both Green and Andrew lost those races anyway -- it did reveal another side of Mario Cuomo. He knew the sport of politics and played it at a high level -- as Adam Nagourney writes in today's Times, "Mr. Cuomo seemed to disdain politics even as he embraced it... he reveled in it, proving himself an uncommonly skilled politician and sometimes a ruthless one" -- even after his own days in the ring were over, and it was time to pass the belt over to his son.