Looking for neo-Nazis? There's an app for that 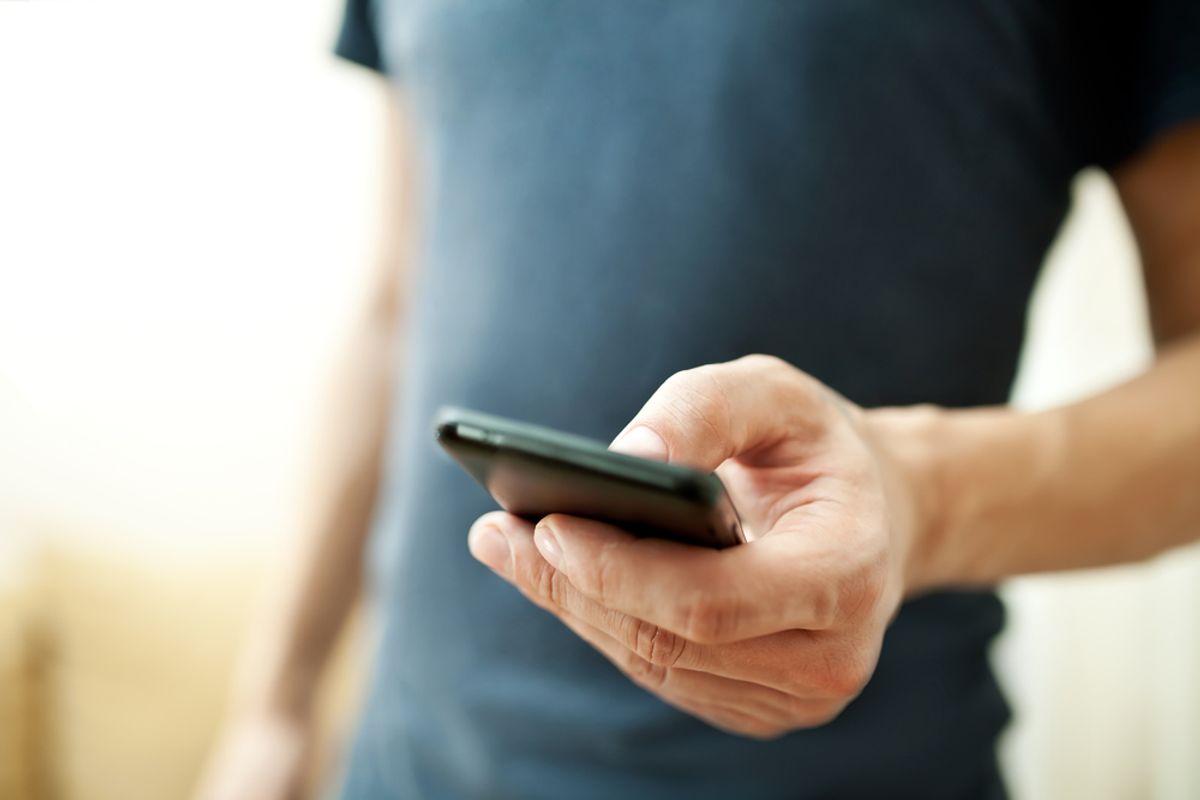 BERLIN, Germany — Activists here have worked hard for years to mobilize against neo-Nazi groups, sometimes by literally drowning them out at demonstrations in honor of Rudolf Hess and other long-dead Nazi figures or against refugee centers housing unprecedented numbers of migrants this year.

But they operated in analog.

Now, with demonstrations against asylum-seekers and Islam gaining mainstream traction across Germany, a new Android app is making the fight against right-wing extremism easier.

The free app informs people where and when such events are taking place in their neighborhoods.

“It also lets you know where there are planned protests against these demonstrations so users can show their faces in solidarity with refugees, against racism and against anti-Semitism," says Jessica Zeller, project manager at Berlin Against Nazis.

A collaboration between Berlin's city government and the Association for Democratic Culture in Berlin, the app works by aggregating data from the Berlin Against Nazis' Twitter, Facebook and website to plot the routes of far-right demos and counter-protests.

Right-wing protests are shown in brown — the color most associated with Nazism thanks to Adolf Hitler's brown shirts — on city maps, while routes for protests against Nazis are in orange. Push notifications on users’ phones alert them to new developments in real time.

Among the app’s main targets, the far-right National Democratic Party (NPD), Germany’s largest neo-Nazi organization, has five lawmakers in the parliament of the eastern state of Mecklenburg-Vorpommern.

But Gegen Nazis also takes aim at other groups.

“We’re not calling everyone Nazis,” Zeller says. "What counts is what people say in their demonstrations and what they stand for — not direct affiliations with NPD.”

Another group on the Gegen Nazis radar is Patriotic Europeans Against the Islamisation of the West, popularly known as Pegida, whose demonstrations in the eastern German city of Dresden have been gaining support in recent weeks.

Although right-wingers are believed to make up Pegida's core, its protests increasingly include ordinary Germans with no strong political affiliations who are alarmed by what they see as a huge influx of refugees from the Middle East and by the "Islamization" of the West.

Germany has seen a record high number of migrants this year, with 200,000 refugees expected to apply for asylum, a jump of 154 percent from last year.

At the same time, fear is growing over the thousands of Europeans who have joined the Islamic State (IS) and other groups fighting in Syria and Iraq. Their foreign fighters include an estimated 550 Germans.

Germany has banned involvement with such organizations, including via social media and demonstrations as well as fundraising and recruiting fighters.

Fifteen Germans have recently been arrested for supporting jihadi groups like IS.

In a test case, a Frankfurt court found a 20-year-old jihadi who spent months fighting for IS in Syria guilty of membership in a terrorist organization and of plotting a serious subversive act earlier this month.

More fighting has broken out between police and anti-Islamist protesters since then.

The tense situation prompted Angela Merkel to criticize the anti-Muslim rhetoric at protests, which have seen hundreds, sometimes thousands, turn up to oppose such rallies.

Despite the upswing in anti-Muslim feeling, however, the majority of Germans aren’t prejudiced, experts say.

“There is as much, if not more solidarity for refugees then there is anti-solidarity,” Zeller says. “There are many who believe that we have to welcome these people who have escaped from hunger, war and crisis. The right for asylum is written into the German constitution.”

Gegen Nazis has been downloaded more than 1,000 times since its release last month for Android and Apple’s iOS last week. Users can interface with the app in German, English and Turkish — the language of Germany’s largest minority population.

Although the program services only Berlin, another app to be launched by the end of the year, No-Nazi.Net, will operate on a national level.

Developed by the Amadeu Antonio Foundation — a Berlin-based organization fighting discrimination — the app combines research and monitoring of right-wing activities with an interactive map of Germany pinpointing centers that help hate-crime victims.

“It's difficult for an NGO working against racism and anti-Semitism to make a good app,” he says. “It’s a matter of budget and we didn’t have tens of thousands of euros to ask a programmer to build something incredible.”

Nevertheless, Baldauf praises the successes of some apps, such as the anti-hate speech "l’app-Licra," developed by the French group the International League against Racism and Anti-Semitism.

It enables users to take pictures of graffiti hate-speech, then uses the geolocation to alert municipal authorities, who remove the graffiti within 48 hours.

While saying he’s no tech utopianist who believes the future of anti-discrimination activism will become completely digital, Baldauf believes on- and offline activism should go hand-in-hand.

“You can build tools for activists," he says, "but they have to be based in the real world.”