The man I married twice

Our first marriage ended in disaster. But life's disappointments also brought something else -- a second chance 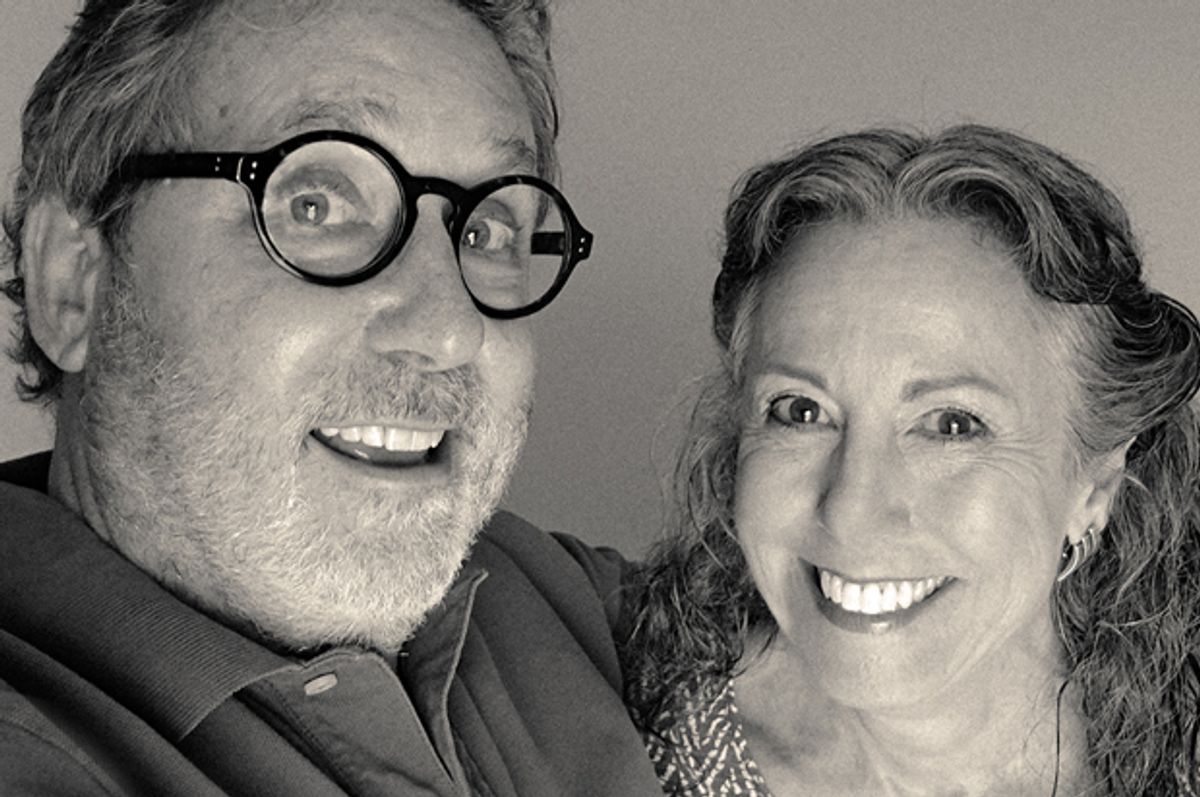 A photo of the author and her husband
--

I had come to town to attend a party. Searching for friends, my eyes scanned the room only to find a nice-looking guy standing in front of a wall of windows. His head turned at that moment, our eyes met, and he smiled. I smiled. We were married the following year, 1973. I was 21. Peter was 24.

But our story began years before, in our childhood homes. We had both learned to avoid conflict.  We read minds, sensed the approaching conflicts, determined moods, learned the topics to avoid. We placated and pleased — which ultimately led to our undoing.

From my perspective, Peter came from a good family. His stepfather was a small-town doctor. His mother a beauty — a Betty from "Mad Men." Peter was exceptionally bright, cultured and had graduated from a prestigious small private college. I had yet to learn how much discord could be lurking beneath a beautiful surface.

As for my background, I never told Peter much about it. I feared if he knew the truth, he wouldn’t want to be with me. My father was a functional alcoholic, but a kind and loving dad. My mother was unhappy and unfulfilled and she blamed my father, the “SOB.”  Shortly before my 14th birthday, my dad died of a heart attack, and my mother called it “the happiest day of her life.” Stability spiraled down from there. By 19, I was living on my own, working part-time and attending university on a scholarship.

Our first year of marriage was extremely difficult. Finances were tight as Peter tried to establish himself as a photographer. We scrimped and saved to buy a Volvo P1800, and it turned out to be a horrible lemon. We had love. We had mutual respect. But we also had frustration, immaturity, personal insecurities and unrealistic expectations.

Neither of us knew how to make a marriage work. Our homes had provided little, if any, role model. We had no family support system to rely on, and our close friends were single. Worst of all, while we could talk late into the night about everything else, we couldn’t communicate or discuss our struggles. We just reacted to whatever we perceived to be wrong.

I was convinced he regretted our marriage, that he didn’t want the responsibility of a wife. I was terrified he had discovered the real me — the me that my mother had labeled a burden. By the end, we were hardly speaking. I came home one day to find an empty house. Peter had taken his possessions and left. He didn’t leave a note. I knew he wouldn’t be back.

My first reaction was relief. Finally, a solution. But it wasn’t the solution I really wanted. What I wanted was someone to wave a magic wand, remove our problems and restore what we had. The finality of his leaving crushed me. I was heartbroken. I was humiliated and hurt that he had walked out on me. My biggest fear in life (rejection) had come true. I cried for days and days. Finally, I resolved not to think about it. I sealed it off in a corner of my heart with the mantra, “He didn’t love me. He left me. I’ll find someone else.”

I didn't realize the intimacy we had was rare. The acceptance we had for each other, rarer still. In the self-delusion of youth, I told myself I had found a great love once and it would be easy to find again. And so I began my obsessive search. To the outside world, I pretended I didn’t care. My friends assured me there were so many others out there. I refused to discuss the end or even mention it to those I subsequently met. But I never hated Peter. I had no reason to hate him. Hurt, yes. Confusion, definitely. But I felt the problem had been me.

Over the next couple of years, we ran into each other three or four times. He always seemed happy and I was determined to leave him with the impression that I was fine without him, too. Years later, in 1983, I saw him jogging while I was out driving. We were both remarried by this point. I was pregnant with my second child and had my 2-and-a-half-year-old in the backseat. He teased me about being a “baby machine.” I drove away more convinced than ever that he was grateful to be rid of me. My husband and I soon moved out of state and then out of the country for a number of years. I never saw or heard anything about Peter again.

In the decades that followed I learned much about relationships and love. Not from the perspective of plenty, but rather lack. A relationship shouldn’t be a constant contest of wills. It shouldn't be based on what they can do or provide for you. You should accept them as they are and have no agenda to change them. Love cannot make up for what you don’t have, but it can heal. When you love someone you want the best for them. You want to build them up, not tear them down.

I also learned this: There are no fairy tales. No happily ever afters. Love isn’t always easy. It requires forgiveness, effort and sacrifice, but it also shouldn’t be a constant struggle as my second marriage was. It’s about finding the right person to slog through life with.

In 2007, I was sitting at my computer, listening to the news, when I heard the last name of a high school friend I had lost touch with. Impulsively, I did an Internet search for her and then, spurred on by my success, I sat there wondering who else could I Google.

Peter’s name came to mind. I found his art website — on the home page, a photo he had taken of himself when we were married, titled “The Artist as a Young Man.”  As I scrolled down, I saw the next image — a picture he had taken of me on our honeymoon in a field of flowers titled “The Muse.”  I was transported to 1973. My mind flooded with memories.

He lived about 30 miles from me. It took me weeks to build up the courage to contact him and see if we might meet for coffee. I knew from his website that his marriage was over, and mine was in the process of ending, but I had no expectation of a relationship. I had no desire to see anyone, ever again. What pulled me toward him was pure curiosity.

Our meeting was brief, less than an hour. We spoke of our marriages, our children. I was reminded of the remarkable ability we always had to communicate on a deep level and how comfortable and at peace I felt in his presence.

On the drive home, I was overwhelmed with regret and how much I had lost the day he walked out of my life. There was the man who should have been my husband and the father of my children. The man I loved more than any other. Yet at the same time I knew it was never meant to be. Peter didn’t feel this way. I would never have another chance with him, much less ever see him again.

So I was surprised, a few days later, when I received an email from him. We began corresponding. We wrote about old friends, where we had been and what we had learned along the way. We decided to meet again for coffee the next time I was in town.

During that meeting, I impetuously asked him, “Peter, what happened to us?”

“I don’t know,” he said. “You were the love of my life. It took me 10 years to get over you. I left that day because I felt like such a failure as a husband  and thought you deserved better.”

Shocked, I answered, “Are you kidding? I was heartbroken when you left.“

Soon there was no doubt in either of our minds as to where we were headed. In December ’07 we were married by a justice of the peace in Marfa, Texas. Her first name was Cinderella.

Seven years later, I still look at Peter sitting next to me, and I’m struck by the miracle of it all.   We got what so many couples don’t — a second chance. I am awed by the preciousness of what we have always possessed, for the sanctuary our love is in this world. We are determined not to let the circumstantial, the insignificant things harm us. But as I mentioned earlier, life is no fairy tale. Our lives are very real. We have eight children between us. It is rare that something is not going on with someone.  At the end of 2008 Peter was laid off when the publishing company that employed him was bought by an overseas concern and his division outsourced to India.  After almost two years of searching for a job, we sold our home, most of our possessions  and moved to Ecuador. An early retirement. Economic refugees, determined to make the best of what we have and enjoy a bit of an adventure.

We try to focus on the moment — on what we have and not on what we lost. Nor do we look ahead or concern ourselves with how much time we may have left. While there is much to be said about the length and the brilliance of the day, it is the beginning and the end that holds the greatest beauty. Peter was my sunrise, and he will be my sunset.

Sjanna Leighton is a woman who survived her childhood, three marriages, four children and four step-children with just enough mental acuity to write something.