A foursome opened up our relationship

It started as just another fantasy. But trusting my boyfriend like this changed everything 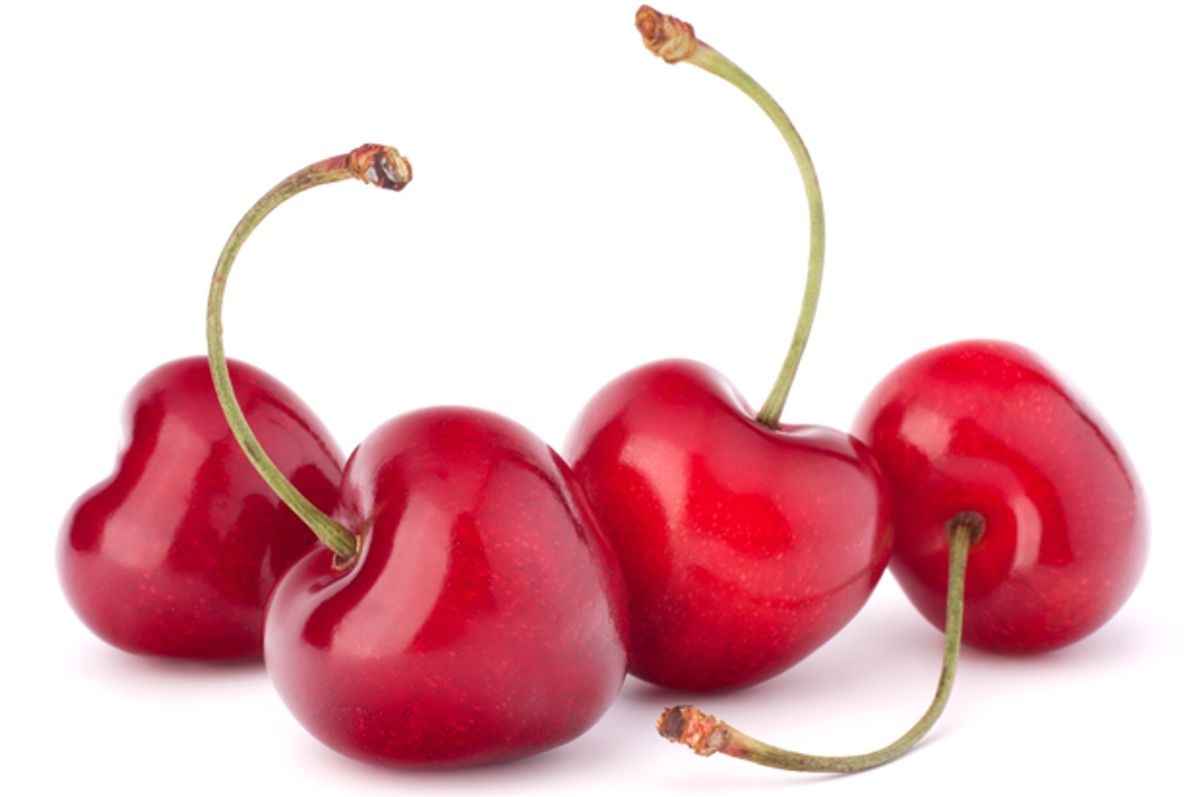 My boyfriend and I were happily monogamous. We had been together for nearly a year. And until the day it happened, the idea of having sex with other people was just a thought experiment, something we talked about for fun. It was never something we were actually going to do.

Such is the case for most American adults.  According to a recent study, 56 percent of women and 83 percent of men have a fantasy of having sex with someone other than a current spouse or partner.  It’s so widespread that the researchers deemed it a common fantasy. And for most people, it remains a fantasy — a naughty mental space in which the mind can wander, and stay for a while.  It usually doesn’t turn into reality — but it did for me.

My fantasy of a foursome began after college. Dorm life had been something of a wild midsummer night’s dream — one-night stands were common, almost expected amid the fraternity parties, and as I crept into my 20s, I craved something different, something outside the norm. Simple sex with one guy, even if it was someone new, began to lose its excitement after a while.  My mind wandered toward more elaborate scenarios, ones that included more...

My boyfriend is nearly 20 years older than I am, so there’s a generational divide in how we approached the bedroom. He didn’t grow up in a free-wheeling college hookup culture. He’s from Italy. What advice columns and romance novels say about Italian men are true—they are a passionate, ardent bunch. They are also raised by devoutly Catholic mothers, who leave them with the belief that while being a playboy with adoring female friends is wonderful, being a sexual deviant with unorthodox kinks is bad. This, of course, isn’t true for all Italian men. Only my boyfriend, along with many, many others.

“What do you think about including other people?”  I would ask him, curious but pressing.

“Well, I mean, if it’s something you’re interested in, we can talk more about it, but it has to be with the right people,” would be his typical response.

If your partner isn’t on board, it just isn’t happening.

At one point, I did manage to persuade him to attend a private swingers’ party in Hollywood, which I’d read in British GQ was one of the best sex parties.

“Only for you, baby,” he said, taking a shot of tequila right before we left our house. His gesture was touching, considering it was the first time in his life he’d attended such a hedonistic event.  I went with a mixture of caution, excitement and absolute cluelessness. To our horror, everyone in the luxurious Hollywood apartment was wearing a mask — except for us. But our nerves were slightly calmed when we noticed that the others also seemed a bit shy. I didn’t sense many seasoned swingers in the crowd, or perhaps that’s what they wanted us to think. We didn’t do anything that night besides drink, leaving right before the fellatio room started. But it was the toe-dipping we needed to jump in butt-naked later on.

I worried what such experimentation would do to us, of course. Jealousy is such a fickle emotion, and my boyfriend and I ran through the possible outcomes. What if one or both of us got jealous — would we stop it then? Would one of us feel less desirable than the other? Would it ruin our relationship afterward? It didn’t seem like a good sign to have so many questions.

We went to the Internet. Like everyone else. And the Internet has made life an open book, to an extent, and knowledge about absolutely everything is available with the help of a simple search engine. But when it comes to the great unknown of having multiple partners, no amount of blog posts and testimonials from strangers is going to give you the assurance you need. It’s like reading about what it’s like to take drugs. You can skim a thousand articles about heroin, but nothing will truly prepare you for sticking that needle in your arm.

Google was not going to satisfy my curiosity. Personal experience was the only way I could.  The very thought of doing something so new made me feel like a virgin again, and that made me grateful to be in a relationship. The more I thought about it, the more I realized this relationship was the ideal context for me to take a risk — I had the security of my partner, who still loved me after being privy to my innermost thoughts. I knew he would never judge me. This was the person who didn’t get upset when I stretched out his eye wrinkles to see what he looked like 10 years ago. I took that as a sign of character.

It was at this point — a secure place in our romance, but with the foursome idea still a giant question mark between us — that we had the party at our house in the hills of northeastern Los Angeles.

It wasn’t meant to be that kind of event. It was a birthday soiree for one of our roommates, and we drew together dear friends we hadn’t seen for a long time. I was especially glad to see one of them — a beautiful, open-minded woman in a committed relationship with a guy friend of ours. They were the free-spirited couple in our circle.

She and I chatted for a while on the patio, fueled by the carefree energy of the party and the boundless wine. The twinkling tea lights and torches around the patio balcony made me feel like I was in some dream-like paradise, drifting slowly from the real world as we drank one glass after the other.

We were tipsy by the time we walked into the kitchen to get a glass of water. “Women are beautiful,” we were saying. We were talking about the idea that the majority of heterosexual women are attracted to other women at some point in their lives.  My friend and I were no exception.

Standing by the sink, we looked at each other, and no words were needed. I could feel what was about to happen and yelled for my boyfriend right before she and I jumped on the kitchen counter, kissing in front of more than a dozen shocked onlookers. By an act of fate, my boyfriend had been chatting with hers on the patio, and the two of them came rushing in when they heard me. Within seconds, the alarmed but intrigued significant others herded us upstairs to the bedroom.

She and I fell into my Japanese-style, California king-size bed. It was my first time with another woman, and to my surprise there was nothing particularly foreign about it. The sensations, the feelings were all the same. I wouldn’t have known I was with a girl if my eyes had been closed. Of course there’s an appendage missing, but that’s replaceable.

All the lingering doubts I had evaporated. My boyfriend was here with me, and I felt at ease with the other couple. I always worried I’d be too self-conscious to lose myself in the moment, but that wasn’t the case at all. As I moved toward the other guy, I felt the thrill of being with someone I’d long found attractive but could only admire from an arm’s distance. The tranquilizing effects of the alcohol helped, but I also felt safe with these three people.  Someone lit a stick of palo santo wood, and the earthy aroma relaxed us further.

We lounged upstairs for over an hour, and while I always imagined a foursome to be so complicated, what surprised me was how organic it felt. Everyone just naturally sank into their role.  Catcher and the mitt, dominant and submissive—whatever you call it, our basic roles remained the same. Though my boyfriend didn’t venture into bi-curiosity, he eagerly partook in the partner swap. After years of Catholic guilt-tripping, his childhood fantasy was finally coming to life, and while it was odd for him at first to see his partner with someone else, as it was for me, the entire experience was strangely liberating.

“I couldn’t really get jealous because I was also with someone else,” he said afterward, echoing my own sentiments.  It was simple logic, but it insulated us from any irreparable damages.

The next morning, after the other couple had gone home, we awoke feeling as if we’d had sex for the first time—again.  What we had done required an enormous amount of mutual respect and trust.  It was the kind of trust fall that is required the first time you sleep with someone—the two of you have crossed the vast unknown together and now share an experience that is yours alone.

Except this time, I felt even closer to him than I had before.  I felt bonded to him to a profound degree. I had never shared anything like this with anyone before.  And the newfound strength made challenges and the future seem easily surmountable. We knew we had each other's backs.

I didn’t see it before, but afterward I could see there had been a communication wall between us.  There was a silent boundary when it came to discussing matters like this, and suddenly it was no longer there.  Our conversations flowed easier and we were more candid about our thoughts and expectations.  The fear of hurting the other wasn’t as strong because our very ability to be hurt was lessened by our fortified trust.  And without fear, a realm of conversation opened up. We’d taken our partnership to the next level.

It made me wonder what other barriers existed between us that I hadn’t noticed. Boundaries are healthy and necessary.  But expanding them—far enough to stretch ourselves, but not break—was the best thing we ever did.

My boyfriend and I aren’t wild swingers now.  Our imaginations are moving slowly, allowing ideas to take shape on their own time. We will have sex with others again, but we also don’t want to forge recklessly into new experiences.  The pace of our relationship is the same as it always was, but now we regard the world with brighter eyes and open arms.

Yoonj Kim is a journalist, television host, and writer based in Los Angeles.